Leila is the latest Indian web series on Netflix. The series was launched recently and has already received rave reviews from both audiences as well as fans. If you want to know about the upcoming Netflix Stand-Up Comedy 'Your's Sincerely' For Free click on the provided link.

Leila is a web series of 6 episodes on Netflix that tells the story of a Mother Shalini, who tries to find her missing daughter in a totalitarian regime in the near future.

This is one of the most anticipated series in the Netflix upcoming releases in India.

The Indian web series directed by Deepa Mehta, Shanker Raman, and Pawan Kumar premiered on 14th June 2019. All the Six episodes are available on Netflix.

Meanwhile, the streaming service will be soon back with the second season of Sacred Games. Recently, the star cast of the Scared Games 2 was unveiled by Netflix.

The web series was announced in March with the first official trailer released on May 17th. Check out the trailer of Leila.

Huma Qureshi carries the show on her shoulders. The show makes viewers question what will happen next. The dystopian series boats enough character work to keep the series grounded.

How to Watch Leila Web Series Free on Netflix

Netflix launched operations in India in early 2016. The subscription charges start at Rs. 500 a month. However, the service is available with a one-month free trial. and you can unsubscribe anytime during the trial period and you will not be charged.

You can subscribe to Netflix free trial and watch Leila Web series for free. The 30-day trial is available for all new users.

To start your free trial you need to sign up using your credit or debit card. The offer is available for all major credit and debit card users. 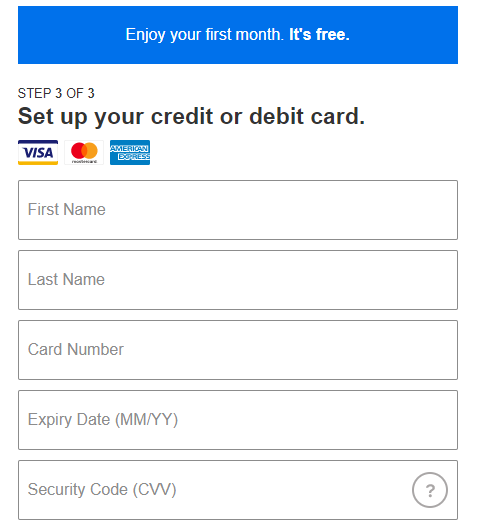 Netflix has three subscription plans in India priced at Rs. 500, Rs. 650, and Rs. 800. If you want HD content you need a standard plan at Rs. 650 per month. While the premium plan, allows users to stream HD and Ultra HD content on up to 4 screens. The basic plan of Netflix is available at Rs. 500 per month.

Netflix's latest Indian original web series released on 14th June. Leila is set in the late 2040s. The dystopian series narrates the struggle of Shalini to locate her daughter.  You can watch the web series for free on Netflix with a 30-day trial.