Netflix mobile only plan launched at Rs. 199. The new plan allows users to stream SD content on mobiles and tablets. 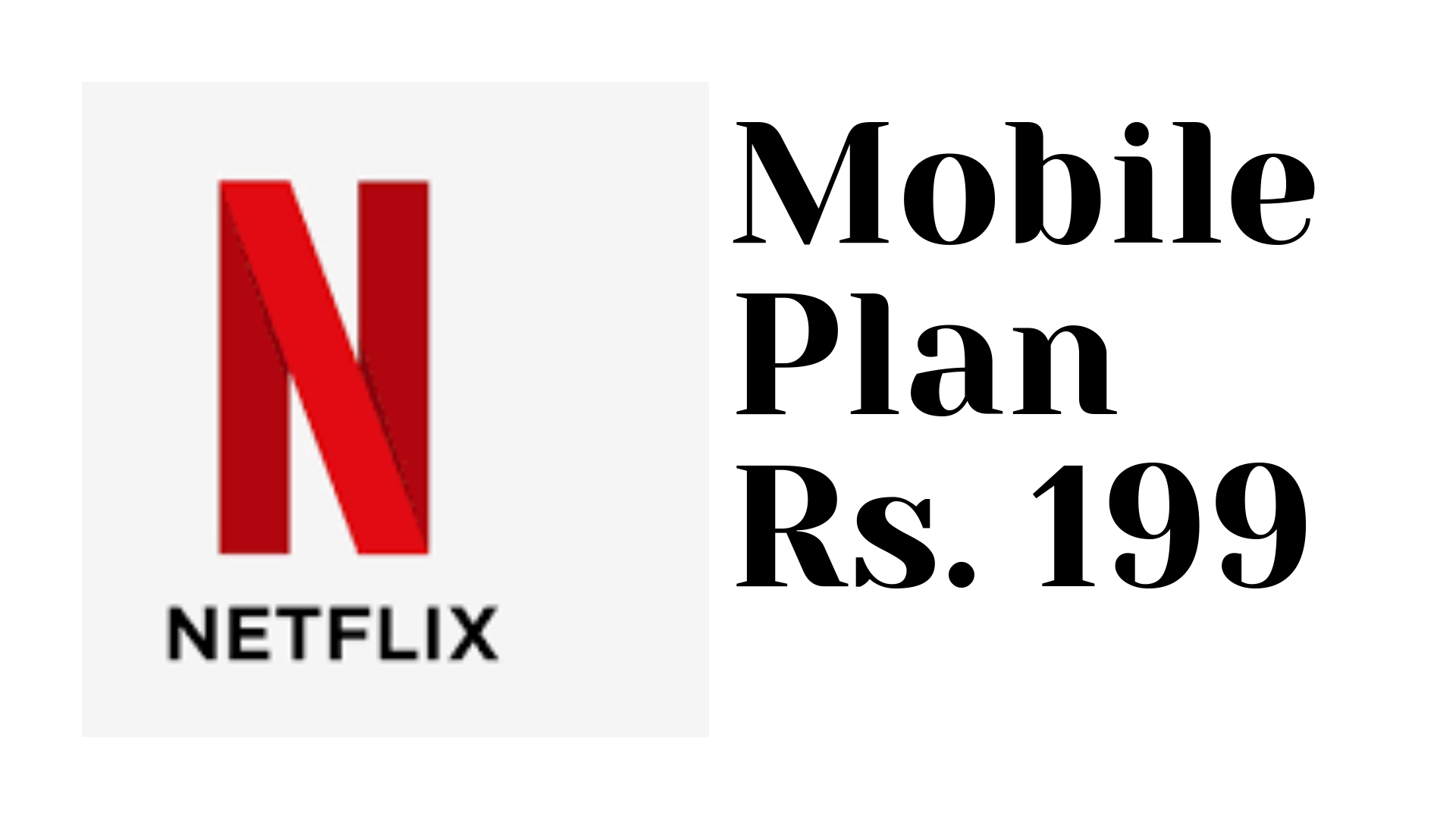 Friends, after much wait, Netflix has launched its affordable subscription plan in India. Netflix Mobile plan is launched at Rs. 199 per month. The monthly plan of Netflix offers SD streaming for mobile and tablet users in India.

Netflix was long rumored to launch a plan tailored exclusively for Indian users. The plan is now out and you can purchase it from the Netflix website or mobile app. Also, know What Web Series To Watch On Netflix with just a click on the link.

Meanwhile, the popular Indian web series Sacred Games is back with Season 2 on Netflix. You can watch all the eight episodes of Sacred Games 2. 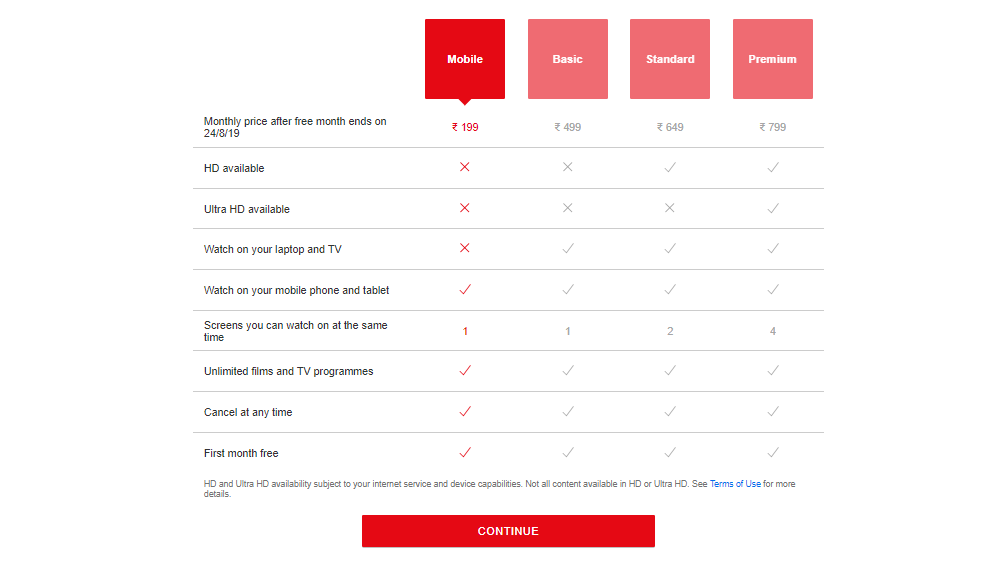 Netflix already has three plans in India priced at Rs. 499, Rs. 649, and Rs. 799.  The new plan is made for mobile phone users at an affordable price of Rs. 199. However, the low priced plan doesn't support casting on TV.

In comparison, Hotstar premium subscription costs Rs. 299 per month. While the monthly membership of Amazon Prime Video is priced at Rs. 129.

This move makes Netflix more accessible for people who like to watch on smartphones and tablets. The mobile-only plan will also allow users to download content.

The newly launched plan of Netflix comes with unlimited films and TV programmes. On top of that, you can cancel at any time. And start with you get the first-month service for free. There are certain limitations as well you cannot watch content on your laptop or TV.

Sacred Games is the most popular of Netflix in India. And the streaming giant has already announced the release date of Sacred Games 2. Leila, Delhi Crime, and Selection day are popular Indian web series on Netflix.

How much does Netflix cost per month?
Netflix prices start Rs. 199 per month in India for the mobile plan.