Are you a big fan of vodka? Then check out this article with all the details of the drink along with the prices. 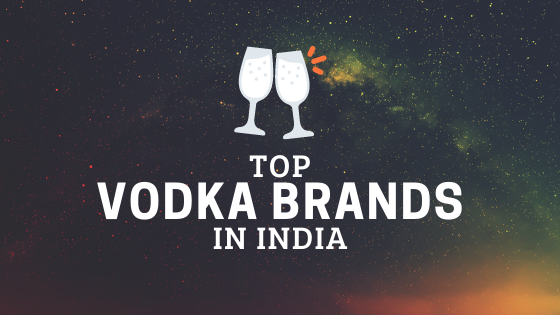 Vodka is considered as the life of the party and if you are looking for one, then here are some of the top vodka brands in India, that we have mentioned in this article. As mentioned earlier, it is one of the most popular party drinks and is used to prepare many cocktails as well that leave their mark on party-goers.

If you are finding it challenging to purchase vodka for yourself, then this article is right for you here are some of the best vodka brands in India along with all their features, prices and other details that will help you buy the best products at the most suitable rates and those which fit your needs and requirements as well.

Just like brandy, vodka is also a very popular drink in India and many people, both men and women enjoy this drink a lot. Hence, one might need proper information before purchasing vodka, and this article will definitely help you out in your purchase.

Here is the list of best vodka brands in India where you can find their prices mentioned as well. This will help you in determining which vodka brand fits your budget perfectly. Other than that, you can also find the complete brand reviews and other details such as the Alcohol By Volume or ABV of each brand in the sections below.

Before we get into the reviews of the best vodka brands in India with price, let us first look at what vodka is and its definition in order to understand which vodka is best in India.

Vodka is basically a distilled alcoholic beverage that is traditionally made using potatoes or grains such as wheat and rye. It is a colourless, odourless drink that generally has a higher alcohol content, making it the go-to option for get-togethers and parties. The flavour profile of vodka also tends to be a bit mild or even, tasteless. This makes vodka the best alcohol to make cocktails.

Now that you have seen the list of the best vodka brands in India let us also check out their reviews and see which ones are the best brands of vodka in India.  We will check out the features that make them the best, and also all the other details like Alcohol by volume, prices and much more.

So sit back and check out our reviews of the most well-known vodka brands in India with price details and much more. 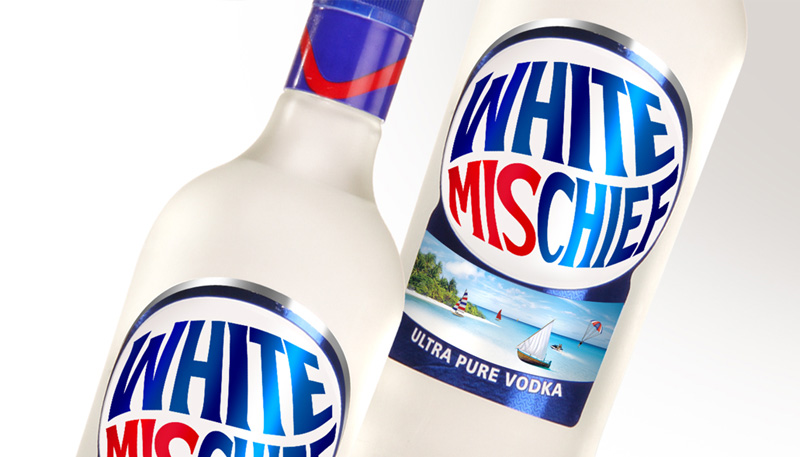 White Mischief is the first one on our list. It is an Indian brand that is owned by United Breweries Ltd. It has also been awarded high-quality ratings and has a triple distilled, polished taste, flavour and smoothness. It is quite suitable for youngsters who are looking for great flavours and textures without having to spend too much.

Alcohol By Volume in this brand is around 43%. 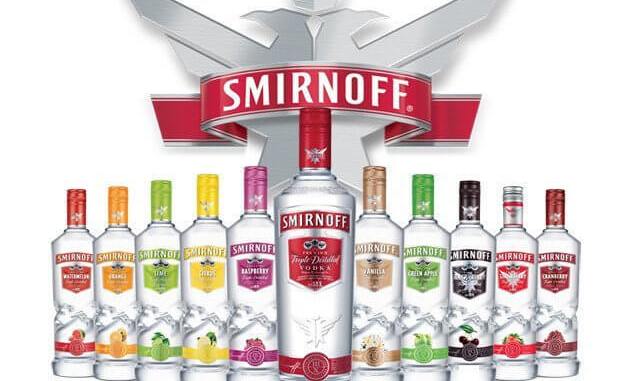 Smirnoff is one of the famous vodka brands in India and the world. It has some of the best flavours which are enjoyed by many people. It is globally appreciated for its taste and has also won many awards as well. It has a three-fold distillation process prepared from some of the finest grains. It is a combination of great taste and class.

Alcohol By Volume in this brand is around 37.5%. 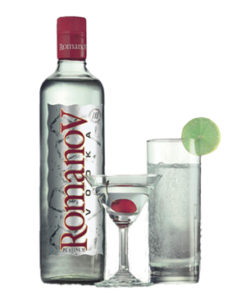 You might think it is a foreign brand, but actually, Romanov is an Indian vodka brand also owned by the United Breweries Ltd. This brand has captured a large section of the Indian vodka market and due to its fantastic taste and budget-friendly prices. It is a great vodka brand to go for if you are searching for economical vodkas with good quality.

Alcohol By Volume in this brand is around 43%. 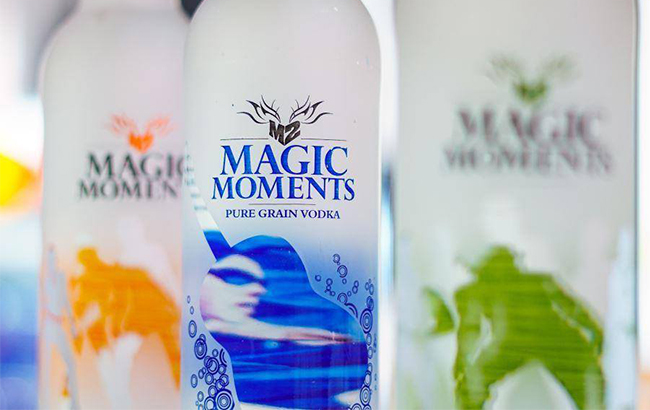 Asia’s second-largest distillery- Radico Khaitan, which was established in 1943, is producing the Magic Moments vodka in India. It is actually a rice grain, triple distilled vodka which is also gluten-free and is considered one of the best brands in vodka in India. Along with its plain vodka it also has eight flavour variants that have garnered fans and awards in more than 24 countries around the world.

Alcohol By Volume in this brand is around 38%. 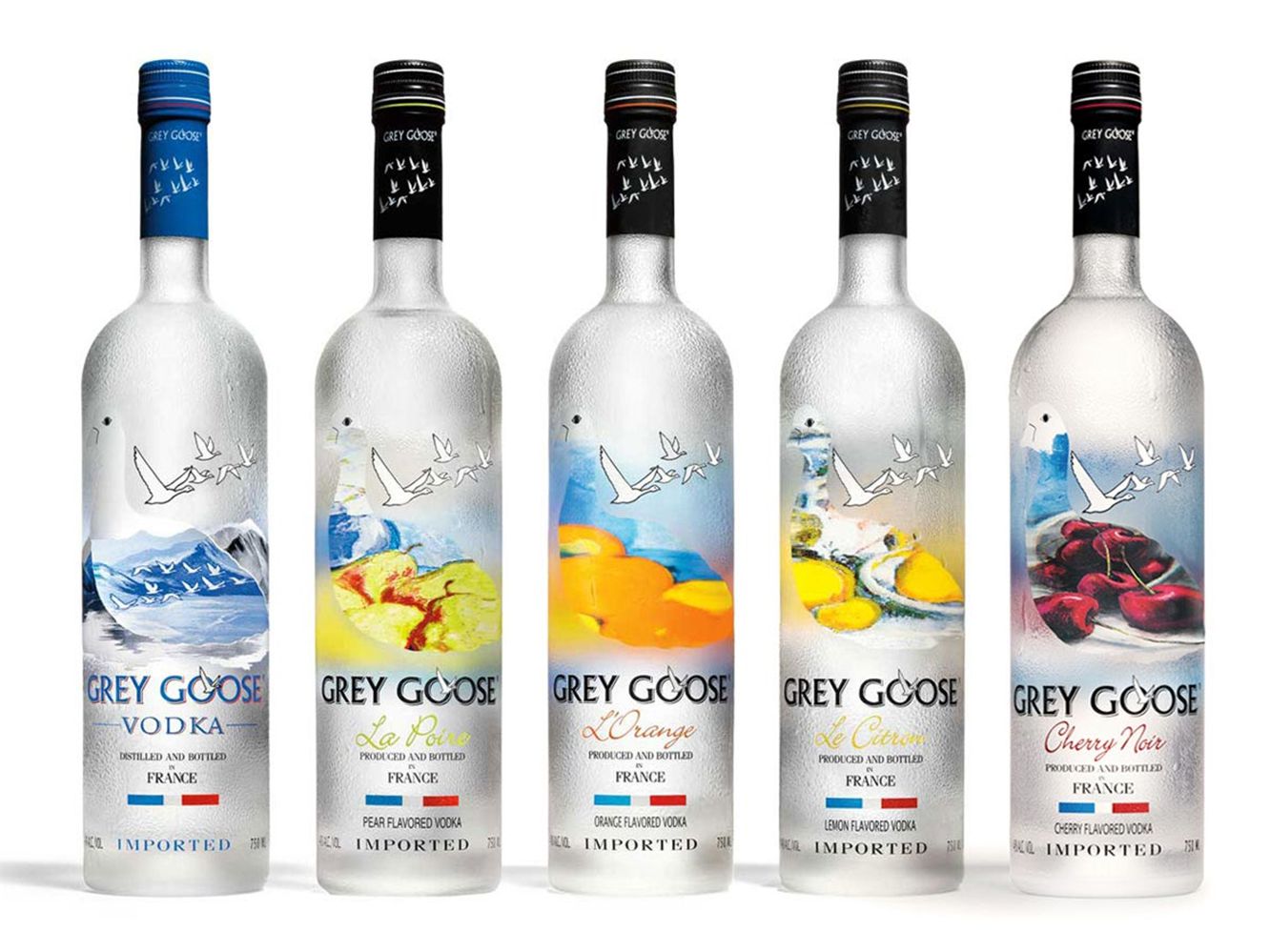 Alcohol By Volume in this brand is around 40%. 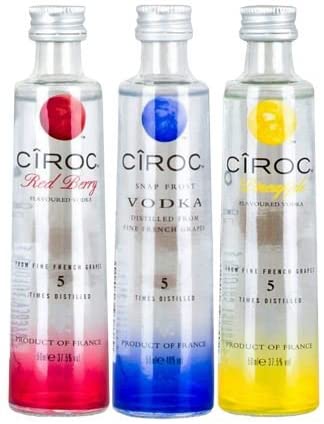 The Ciroc brand is one of the famous vodka brands in India and is known for its amazing taste and texture that it provides. It uses the finest French grapes for its products and has a sweeter taste as compared to other vodkas. Because of this, it used to make drinks like martinis, which are some really classic cocktails.

Regions and Styles of Vodka

As it would have been clear from the sections above, there is no one type of vodka available in the market. There is a large variety of vodka depending on different flavours and styles that are present in the market. If you consider yourself a vodka fan, then you need to know about these flavours and variants whenever you set out to look for the best selling vodka brands in India.

Vodka can be broadly classified into two different categories. Each category defines a different style of vodka variants that are available in the market. Let us have a closer look at them.

Let us first look at the regions of vodka. Most of the vodka from different regions have a different set of characteristics that make this drink one with many diversities that usually are not found with other drinks. There are two different types of regional vodkas. These are Easter style vodka and Western style vodka.

So this was all about the vodka brands in India with price list, features, alcohol by volume and all other important features and factors. If you are looking for more such articles, then keep following our website for updates and further information.

Q. Where was vodka invented?

A. There is a dispute regarding the origin of vodka between Russia and Poland. The polish version of vodka was first recorded in the 15th Century while the earliest records of the Russian vodka is said to be around the 18th Century.

A. Yes, vodka is gluten free because of the distillation process it uses, which removes all gluten from within it.

Q. Which country produces the most vodka?

A. One might think that either Russia or Poland might be the ones producing the most vodka, but that is not the case here. In fact, it is Sweden that makes the most vodka in the world, followed by Poland and Russia, respectively.

Q. What is traditional vodka made from?

A. There are a number of ingredients used to produce vodka including grains like rye, sorghum, wheat, rice and corn. Some brands of vodka also use fruits or potatoes to make the distilled alcoholic beverage.

Q. Which are some of the weird flavours of vodka?

A. Vodka is actually a flavourless and odourless alcoholic drink, but there are some brands that make a variety of flavours of vodka. Some of the most bizarre flavours of vodka are buttered popcorn (360), cinnamon (Pinnacle), iced cake (Smirnoff), and PB&J (Van Gogh Vodka).