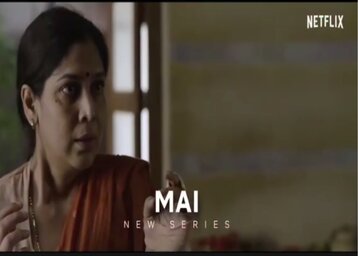 Nowadays, everyone loves web series as the content is aggressive, and the OTT platforms bring new talented faces to the industry. Web series like Mirzapur, Sacred Games, The Family Man, and more are simply unbeatable that came on OTT platforms.

Netflix, Amazon Prime, Disney+Hotstar, Sonyliv, MX Player, Zee5, are some of the leading platforms in India that make sure to keep you entertained every month. Every month comes with new web series and new seasons of the previously released series that we are waiting for. July 2021 will surely bring out some of the most awaited web series. Let’s check out the upcoming web series in July 2021 here with complete detail about their release date, cast, and more.

Also, check out the Upcoming Hindi Web series in 2021 by clicking here. Here we are sharing the list of upcoming Indian web series in July 2021. Also, check out the Sonyliv web series list 2021 by clicking here.

Here check out the detailed information about the upcoming Indian Web Series in July 2021. For the last few months, this upcoming Netflix series in Hindi is making buss produced by Anushka Sharma and Karnesh Sharma under Clean Slate Films. On 4th July 2021, Sakshi Tanwar in the lead role and directed under Atul Mongia and Anshai Lal.

It is all about a middle-aged spouse and mom who suddenly stuck into a rabbit hole of violence and killed the Mafia chief. It is all about the dirty politics and pushing them into the world of crime and the political underworld. The first season of Asur was based on the American TV series True Detective, and Gaurav Shukla created it, and we are expecting the second season in July 2021. It was delivered by Ding Entertainment and Viacom 18 Studios. The cast will remain the same as per the information, and the two seasons are coming with lots of suspense.

This upcoming web series 2021 season will start where the first one ended where they found that the killer is not an individual and is working with a team. It is a famous crime thriller web series, and we expect more from this web series. Also, check out How to watch Asur Season 2 for free by clicking here.

3. Rudra: The Edge of Darkness The Bollywood superstar Ajay Devgan is set to make his digital debut in the upcoming Indian web series named Rudra: The Edge of Darkness. The actor dropped the poster on April 20, 2021, calling this web series crime thriller of the year.

This web series is coming on Disney+Hotstar, and it will surely raise the bar of entertainment. We are expecting that it will go to release in July 2021. Kota Factory Season 1 is one of the best Indian web series, and we are eagerly waiting for the release of season 2. Netflix confirms the second season, and we are expecting the same in July 2021. This web series is based on the difficulty of the IIT-JEE aspirants.

The first season of Kota Factory was released on April 16, 2019, with five episodes. The expectations are high for the upcoming season too.

Cast: To Be Announced This new web series in 2021 is coming with Soha Ali Khan, Juhi Chawla, Ayesha Jhulka, and all the cast and crew will be led by women only. This web series will show the strong females that have to struggle in today’s life.

The first poster of the web series was released on International women's Day to bring authentic women’s stories to India and abroad. Unfortunately, there is very; less information available in this upcoming Amazon Prime web series. 2021 is the year of Netflix as they are coming with 4-5 web series in this month only. The famous Dancing queen Madhuri Dixit is set to make her digital debut with the upcoming Indian web series on Netflix. It is a thriller drama web series where the famous star goes missing, and the police and her family are searching for her.

Although the Finding Anamika trailer has not been shared by Netflix yet, you can catch a glimpse of the show on Netflix’s upcoming web series 2021 teaser on Youtube. Once the official trailer is released, we are expecting this one to come in July 2021. Neena Gupta shared the photo of herself with her daughter Masaba Gupta by saying they are back with another season. This top web series in Hindi is coming on Netflix, but the release date is still not disclosed.

Masaba Masaba is a web series based on real-life Masaba Gupta’s life. It shows the real-life issues related to dating and living your life on your own terms. A joyous celebration of Masaba's life, this fun series has tongue-in-cheek humor.

It also features Neil Bhoopalam in a pivotal role. We are expecting that it will come in July 2021. Season one comes with lots of drama and romance as it is based on one of the top-selling books named When Dimple Met Rishi by Sandhya Menon. As per the first season, Rishi comes to Aravalli Institute to ding the love and his future wife, where he meets Dimple and comes into a relationship with her.

In Season 2, we expect more love and drama, hoping that it will release in July 2021. This Netflix Indian web series has gained a lot of popularity from season 1.

We hope this information will help you choose the best web series to watch online on the basis of the details mentioned above.

Also, check out the upcoming web series in June by clicking here.

Q. How to watch Zee5 for free?

If you are Vi, Airtel, and Jio users, some recharge available in the market allows you to watch Zee5 for free. For better information, check here.

Q. When is the Loki web series going to be released?

The Marvel web series Loki Episode 1 was released on 9th June and episode 2 on 16th June. They are releasing each episode every Wednesday.