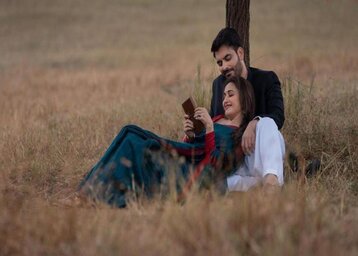 Web series are the new entertainment source as the digital platform is getting more vibrant day by day, and online Hindi web series are being streamed on different OTT platforms. In the past few years, web series are giving major goals with tremendous content with new talents in the market. Some of the famous platforms are Netflix, Amazon Prime, Disney+Hotstar, MX Player, Zee5, ALTBalaji, and many more.

Here we are giving you the complete details for the upcoming web series in June 2021, along with their release date, cast, and more. Hindi web series saw a massive jump in recent times. Let’s check out the Upcoming web series of 2021 on Amazon Prime, Netflix, and more Here is the list of upcoming Indian web series in June 2021.

As we all know that Hotstar is one of the leading OTT platforms in India. The upcoming Hindi web series in 2021 on Hotstar is Grahan which is produced by Jar Pictures and directed by Ranjan Chandel. This web series is coming on 24th June 2021 and it is interlinked to the 1984 anti-Sikh riots.

This web series is showing an innocent love story, a riveting mystery, and a combined web of emotions with only one aim, to know the truth. Grahan is all about the emotional turmoil when an investigation gets too personal.

The Dhoop Ki Deewar trailer is out, and it is thought-provoking and engaging. The trailer, featuring Sajal Aly as Sara from Pakistan and Ahad Raza Mir as Vishal from India, portrays the story of two families affected by the strife between the nations. It is one of the Top upcoming web series on streaming services in June and it is majorly showing the families that have been destroyed because of the India- Pakistan conflict.

This web series is coming on June 25th on Zee5 showing that families still do not understand how the two can have empathy for each other. Dhoop Ki Deewar is the third ZEE5 Pakistani original after Churails and Ek Jhooti Love Story.

Netflix India is coming with another web series called Ray which is a short story and no doubt you will enjoy it. The release date of this upcoming web series is 25th June 2021 and it is made by one of the most talented and iconic producers in the world Satyajit Ray who is known for their amazing movies. It has many famous stars like Manoj Bajpayee, Ali Fazal, Gajraj Rao, and more. If you want to know more about this then click here. One of the leading superstar and famous directors, Ajay Devgan, is all set to make his digital debut in this Best web series in 2021 Rudra-The Edge of Darkness. This web series is coming on Disney+Hotstar, and it will be seen in an intense and gritty avatar. Ajay Devgan shared the first look through his social media account.

As per Ajay, it will be the crime thriller of the year as he is always known for making unique stories and working hard with good talent. We are expecting this web series in June 2021. The Famous Dabanng girl  Sonakshi Sinha is all set to make her digital debut with an untitled Amazon series. The first look at the latest web series was released on International Women’s Day via the social media of Amazon Prime. The image shows Sonakshi Sinha in a cop dress standing on a railway track with her arms crossed.

There are no details available for the release date and cast, but we expect that this one will be released in June 2021. The caption of the photo read, “There’s no limit to what women can accomplish. Our collective belief in this has only been reinforced time and again. And on the eve of Women's Day, we’re taking things up a notch! Can’t wait for #Sonakshi Sinha to show us yet again how girls get it done. Coming soon!” Hush Hush is touted to be a thriller drama. With a unique female gaze at its core, the show will propel the movement of women telling their own stories. Soha Ali Khan shared the first look of the series featuring all its leading ladies. We are expecting that this women-led web series is coming in June 2021. 2021 is the year of Netflix as they are coming with 7-8 web series this year. The famous Dancing queen Madhuri Dixit is all set to make her digital debut with the upcoming web series Finding Anamika. It is a thriller drama web series where the popular star goes missing, and the police and her family are searching for her.

Although the Finding Anamika trailer has not been shared by Netflix yet, you can catch a glimpse of the show on Netflix’s upcoming web series 2021 teaser on Youtube. Once the official trailer is released, we are expecting this one to come in June 2021. It is one of the best ones from the List of upcoming Indian web series in 2021 as the previous season was loved by all. Kota Factory Season 1 was released on 16 April 2019 and it’s almost two years since the Kota Factory Season 2 Release Date will be given soon here. Netflix is one of the leading OTT platforms for web series and movies in the world. The brands confirm that season 2 of Jamtara is coming with bigger scams and crime thrillers. The first season of Jamtara is all about Phishing and making fraud by taking bank details.

Fans loved the season, and they have high expectations from the second one. This Indian web series has a different fan base in India. Netflix confirms the same on their social media account by saying, “ Jamtara will return for the second season, and the scams are only going to get bigger.

Cast: To be announced After the first season of The Test Case series, fans are eagerly waiting for another season, so, for them, there is good news that it is coming. The final and confirmed release date for The Test case season 2 is not announced yet. But it is confirmed that it is releasing in 2021, and Altbalaji will publish the final date very soon. The teaser is already out, and it is rocking. It premiered on AltBalaji and zee5. Think of the most dreaded villain! What if he has a daughter who truly, deeply, madly falls in love with you? What if you don't love her back? What if you are in love with someone else? How will you say no and get out of the situation? After all, quite like her father, she's not likely to take 'no' for an answer.

A romantic simpleton finds himself in the middle of this crossfire in Yeh Kaali Kaali Ankhein, a dark comical pulpy desi thriller about three things that matter the most in the country - paisa, taqat aur Pyaar!!!

After a long wait, now we got a release date for this excellent web series. This Indian web series 2021 is coming on 04th June 2021 as per the information, previously it was scheduled to release on 11th February but, due to some reasons, it has been postponed and rumored for this summer.

Amazon Prime Videos has finally confirmed the details of the release date, and we are eager to watch Manoj Bajpayee as  Sirkant Tiwari. As per the sources, the web series is ready to release, and it will start where season 1 ended. The Family Season 2 has an amazing lead role of Manoj Bajpayee.

The teaser of the Sunflower web series is out, and it is coming on 11th June 2021. This one is a crime-based comedy web series, and Famous comedian Sunil Grover plays the lead role. It is a story of a middle-class housing society in Mumbai called Sunflower. This upcoming web series is coming on Zee5, and Rahul Sengupta directs it.

ZEE5 unveiled the teaser on Monday on its Instagram page. The video shows a sunflower blooming as names of all the primary cast members appear on the screen. “A bittersweet story about to bloom. As per the information, Grover is very excited to work with Sengupta and looking forward to this web series.

This upcoming Indian web series 2021 on MX Player is all about love, drama, romance, and breakup. The trailer is out and it’s coming on 11th June 2021 on MX Player only which does not require a subscription-free to watch. Indori Ishq web series stars Ritvik Sahore, Vedika Bhandari, Aashay Kulkarni, Dheer Hira, Donna Munshi, Tithi Raaj and Meera Joshi and it is directed by Samit Kakkad.

This is all about The upcoming list of top Indian web series of 2021 June. These OTT platforms bring out the best talent with the best content in the market. Netflix is coming with more than 5 web series this year, and all are expected to be awesome.  These all are Streaming in June 2021

Q. How to get Disney+Hotstar Subscription for free?