How to Watch Asur Season 2 for Free? 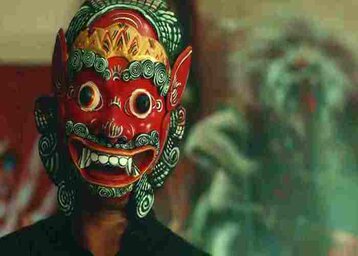 Indian OTT platforms are now booming the entertainment industry as they are bringing some of the best web series and movies that are simply outstanding. Asur season 1 is one of them. It is a crime thriller web series in which Arshad Warsi appeared in the lead role with other actors. It is based on the American TV series True Detective.

Asur 2 season is all set to release, and we are expecting it with a unique title. It is one of the most awaited web series as the end of season 1 left many questions. This web series is directed by Oni Sen, and this part comes with core suspense. So, let’s check out how to watch Asur Season for free. Season 1 came on 2nd March 2020, and the next season will be coming this year. The story of this season has been written by Gaurav Shukla, Abhijeet Khuman, and Pranay Patwardhan and developed by Ding Entertainment and Viacom 18 Studios. The first season comes with eight episodes, and we are expecting the same from Asur Web Series Season 2.

It is one of the best crime thriller web series on Voot, and the audience loved it and are waiting for the second season. As per the current information, the cast will remain the same and lead by Arshad Warsi.

Also, check out How to watch Asur Season 1 for free by clicking here.

The second season will release in 2021 as there is no such date confirmed yet. However, we will see that the CBI team is about to catch the serial killer’s team because, at the end of season 1, we have seen that there is not a single killer but a team of it.

As of now, Asur 2 Release date is disclosed.

The trailer for season 2 is not available yet, we will inform and update it whenever it is released.

How to Watch Asur Season 2 for Free?

You can watch the first episode of season 2 for free, and for the second episode, you get a premium subscription. Select the subscription plan and start with a free trial.

If you are a Paytm user, you have a chance to grab free membership for 6 months from Paytm First. You will get a promo coupon that you can redeem get the premium membership free for months.

If you are a Vi user then you can get the Voot select membership for free. A recharge of 2595 for one year pack comes with it.

Here are the plans of the Voot Select premium subscription that you can select after the free trial over.

This is all about the upcoming season of Asur 2. The first season is one of the best crime thrillers of 2020, and we are expecting the same from the second season. As of now Asur web series season 2 release date is not out.

The star cast will remain the same, and if there any chance happens, we will inform you. We hope this information helps you to get complete details about the upcoming Asur web series season 2.

Also, check out the upcoming web series in July 2021 by clicking here.

Q. What is the Asur web series season 2 release date?

There is no information available about the release date but I will surely update the same when it comes.

Q. How Many Episodes are there in Asur Season 1?

There are eight episodes available for season 1, and you can watch all of them on Voot.