How to Watch 'Vir Das: For India' Series For Free?

Vir Das For India is the upcoming web series in India. The series releases on 26th January. You can also watch the stand-up comedy series for free. 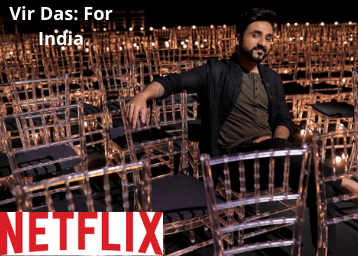 Netflix has a long line-up for web series coming in January. Vir Das: For India is the latest comedy special to release in India. Vir Das was last seen in Jestination Unknown on Prime Video.

Apart from the stand-up comedy series, Ghost Stories is all set to release on 1st January while Jamtara release date on Netflix is 10th January.

Netflix has set January 26, 2020, as the release date for the upcoming stand-up comedy special. This is part of the Deal announced by the Streaming giant in October.

Vir Das is one of the eight Indian comedians Kenny Sebastian, Amit Tandon, Kanan Gill, and Kaneez Surka, Prashasti Singh, Niveditha Prakasham, and Supriya Joshi who are part of the deal with Netflix.

How to Watch ‘Vir Das: For India’ Series on Netflix?

To watch the upcoming series you need Netflix subscription. The streaming company has plans starting Rs. 199 in India. Also, Netflix is testing long term plans in India which make the subscription cheaper by up to 50 per cent. The new plans will be available for duration of 3-months, 6-months, and 12-months.

In addition to that, you also get Netflix 30-day free subscription for new users. Simply sign-up on Netflix to enjoy a free trial and download your favourite shows.

So, you have lots of content to watch on  Netflix in January. You get to choose from horror, drama, and comedy. The upcoming series on Netflix includes content across genres to keep you glued to your screen.