Best Kids Shows on Netflix to Watch from Preschoolers to Teens

Ready to browse the best kids shows on Netflix? I am here to help you, consider these top 10 recommendation which is not only entertaining but good to teach your kids lessons of life in the simplest way possible. 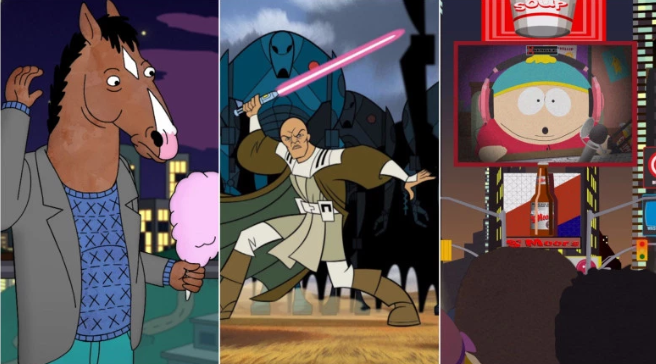 If you’re looking for a way to keep your kiddos engaged and entertained, then Netflix has covered you. From educational cartoons for kids to heartwarming dramas for teens and laughing out laughter comedy shows for you & your munchkin, there are so many shows running on Netflix. So, now signup into the Netflix subscription and choose your plan and give your kids a gift of entertainment. Another reason for watching TV shows on Netflix is, it frequently updates its library. Moreover, for the convenience of parents and to ease their hassle of making a choice which shows they need to pick for their kids. Here, are some recommendation for best kids shows on Netflix, please have a look at it. Besides this, Netflix online offers can make you catch some decent discount on your subscription plan.

Note: If you wants to know about Sacred Games Netflix Series and how to watch it in free then, click here.

How to Avail Netflix Subscription

Note: The first month of Netflix subscription is free and after then, you will be charged as per your chosen plan. 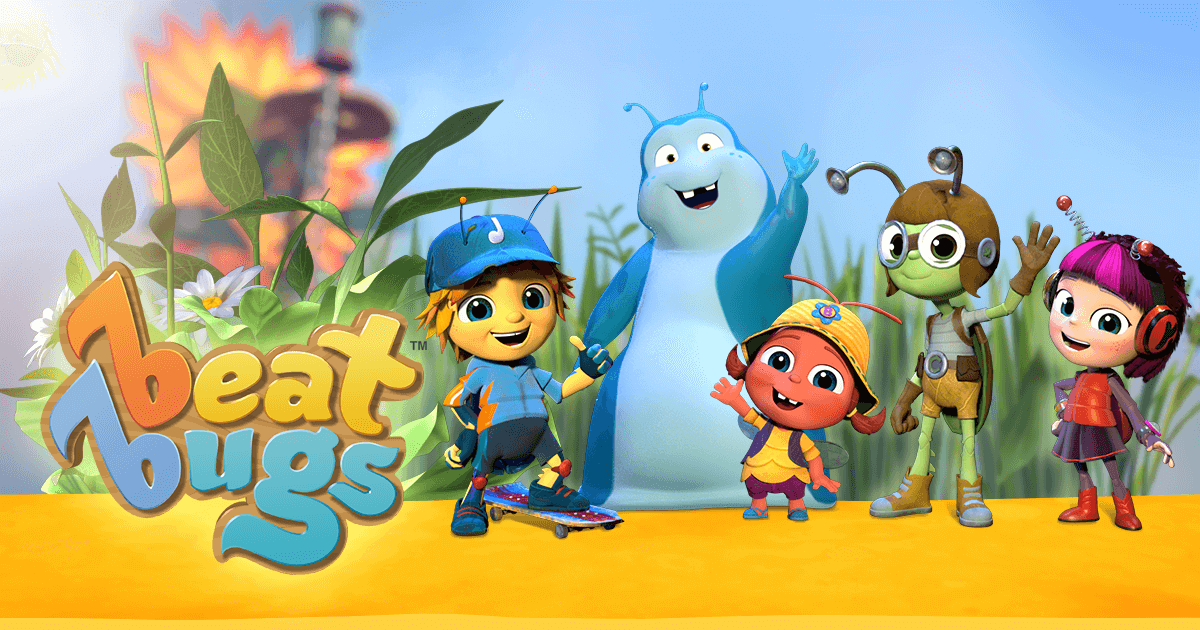 Inspired by the music of The beatles, Beat bugs is a Netflix original series for kids. This animated series follows the story of five best friends: Jay, Buzz, Crick, Walter, and Kumi. Each episode features Beatles songs covered by popular artists including Eddie Vedder, James Corden, who all put their own spin on the song. The episodes feature positive messages about things like friendship, love and sharing for the kids. Although, there is always some sort of valuable learning opportunity for children at the end of the episode of this netflix kids shows. 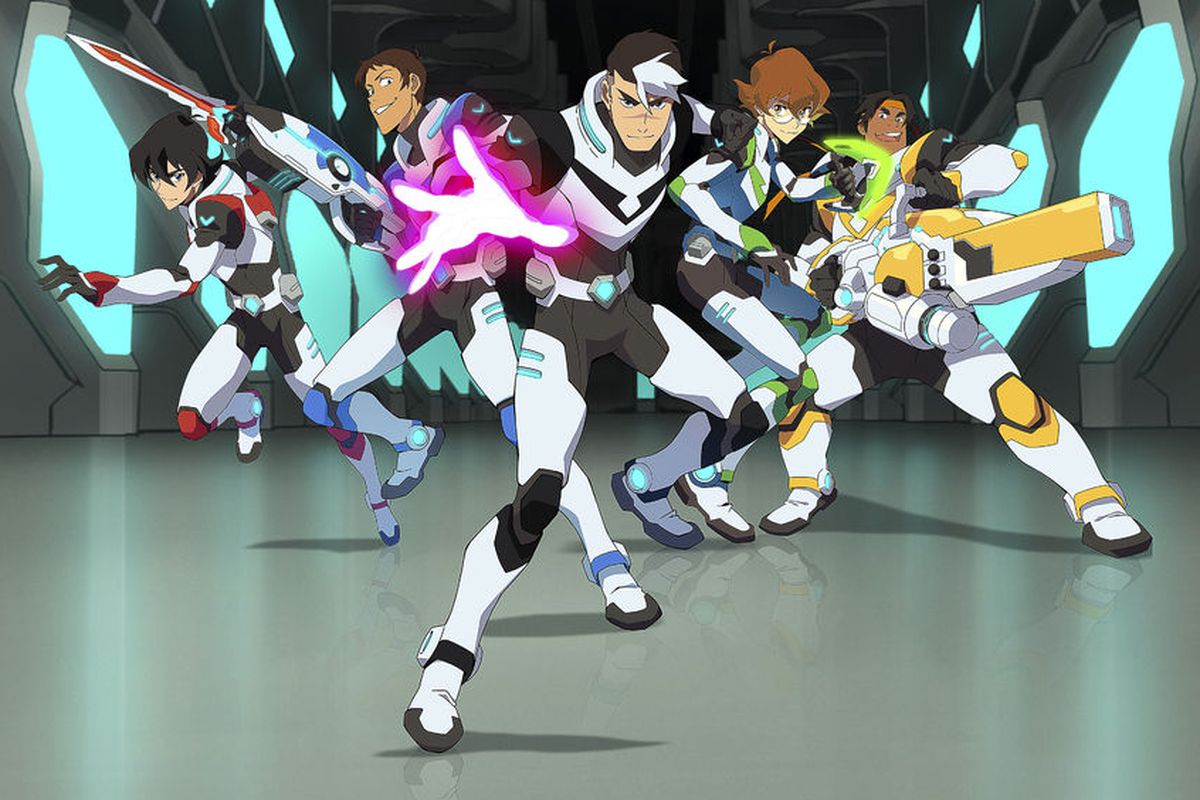 Voltron is a sci-fi series by Dreamworks animation program and which is also an original series of Netflix as well. This series is actually an American series, which gives it a very original style all its own. This animated series has a whole lot of giant robot fighting along the way to save the universe. The series revolves around the concept of saving the universe by forming a weapon by the team called Voltron. The animation work is top-notch, and the creative team has done phenomenal work and gives it a very unique style. But one thing for sure is in this tv shows for teens, there is a whole lot of giant robot fighting along the way and the superheroes are trying to save the universe. 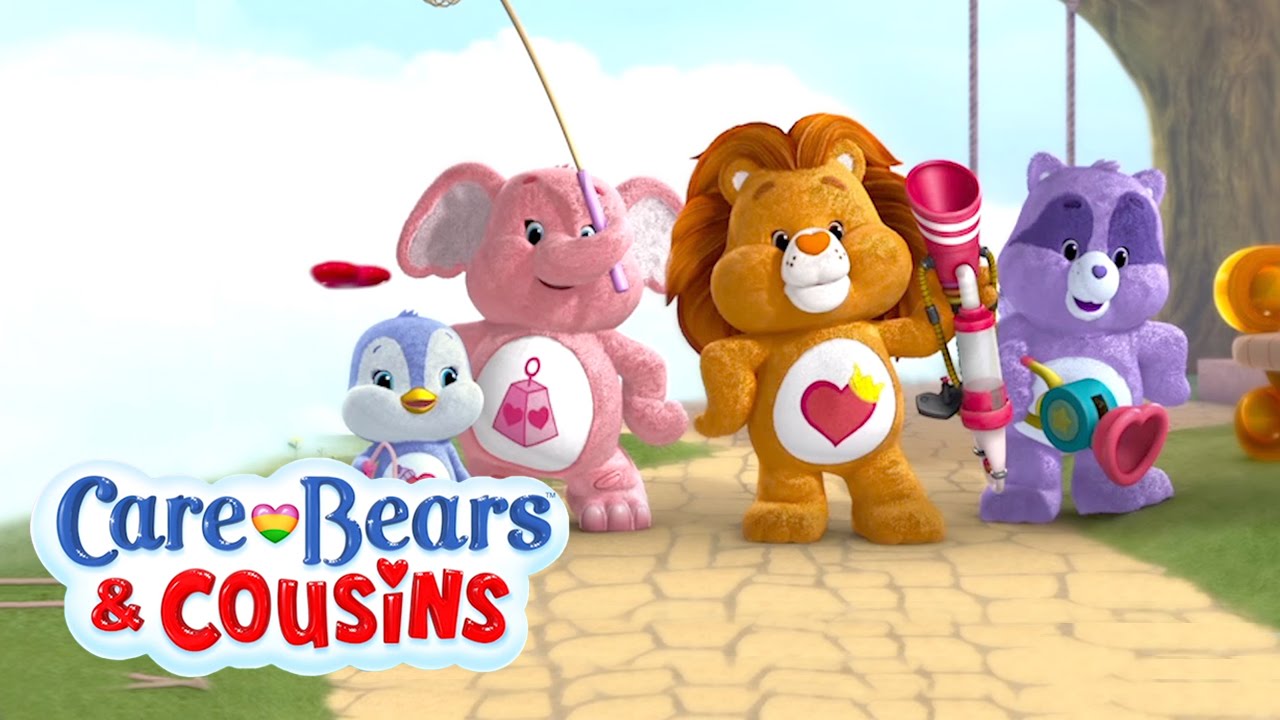 The whole huggable and cutie gang of bears is back on Netflix and going to care about a new generation. Basically, the story revolves around the mission to collect misguided care hearts that have lost their way to the shared cloud. The best thing about this preschooler’s level show gives the lesson of friendship, caring and sharing to the kids. It has a hearty contender which makes it easy for kids to identify how their actions relate to their emotions and make the kids realize the same emotions in themselves. Netflix Movies in India 2018 are the best recommendation for adults to keep them entertained along with their kids. 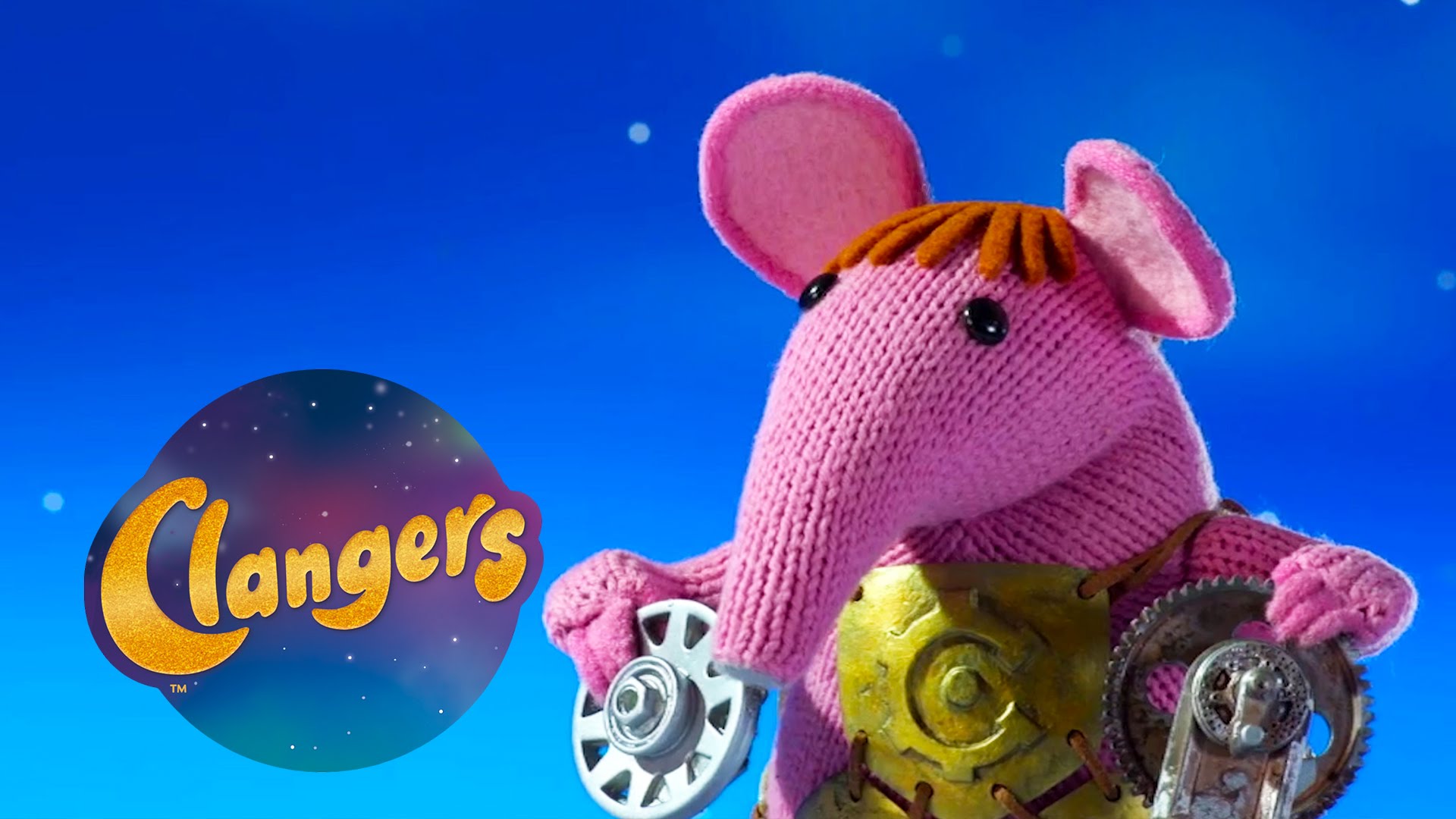 Living on a distant planet which looks like a small version of the moon the Clangers are a family of small mousy creatures who resides in caverns under the surface. The characters are all fairly simple, the Clangers themselves are knitted soft toys and the Iron chicken made up of Meccano. The animation is charming which appeals children’s a lot. Narrated by William Shatner, this is a captivating series whose characters depicts the value of compassion, cooperation, and strong family relationships. Every story of one of the best kids tv shows on netflix 2018 ends with a gentle message that gives the kids new lessons of life. 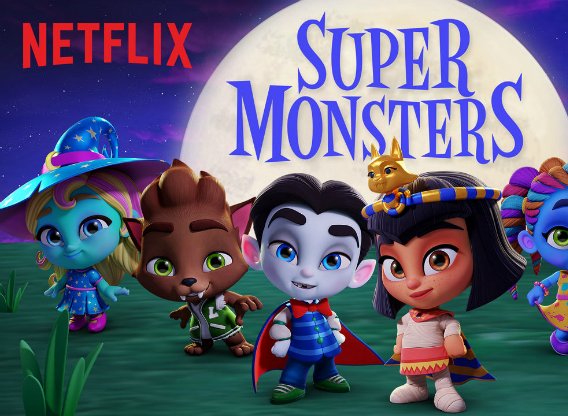 The Super Monsters is a Netflix web original series which has all the flavors of the entertainment including adventures, learning, and fun. Not all monsters are scary, this statement could be yours after meeting with these 5 super monsters that are super cute, fun, and notorious. The storyline of this one of the best kids show on Netflix  revolves around preschool kids whose parents are the world’s most famous monsters try to master their special powers while preparing for kindergarten. It is a gentle way to introduce the concepts of magic and monsters to kids, as the characters experiences are relatable. 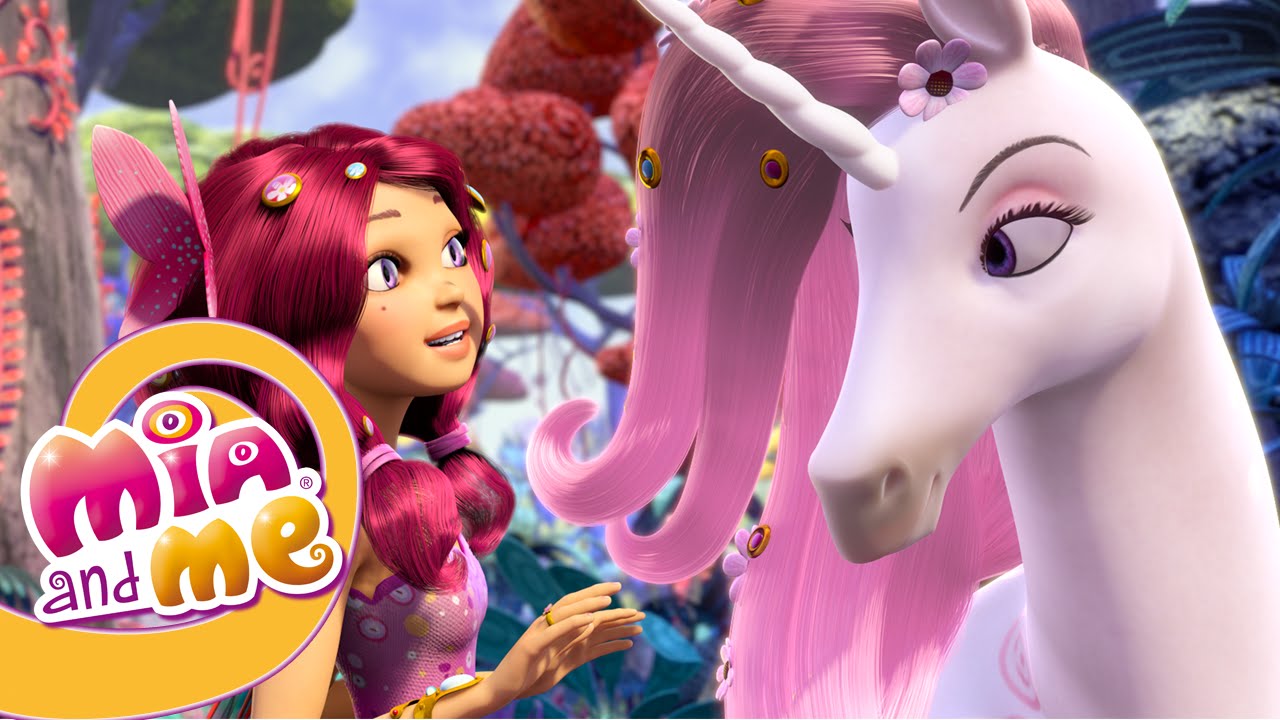 Mia and Me is a fantasy series about a girl who uses a mysterious game to travel to a land of dragons, unicorns, and magic. The show comprises of both live-action sequences and CGI animation to further define the real world and the imaginary one, in which Mia becomes an elf. The content is worry-free for most kids, although some very young or sensitive kids may find the evil queen and her armies a little threatening and feat for the serene unicorns they hunt down and capture. On the other hand, Mia and here elven friends set a great example of kindness, friendship, and problem-solving skills. Besides this, you can also checkout the Netflix library for finding best kids movies on netflix. 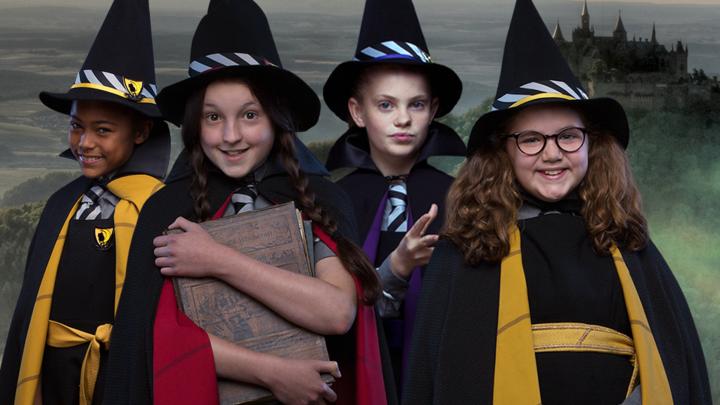 Follows the popular British children’s novels written by Jill Murphy, The worst witch is a Netflix original series about a group of girls taking admission into a magical boarding school. The story starts when Maud Spellbody the lead heroine of web series accidentally crashes her broom into her flat on her way to the entrance exams of Cackle Academy. Thereupon, lead actress realizes that witches and magic really exist. There is never a dull moment in this web series, so best for the kids above years of five. As the magic and fantasy world will definitely adore them. Kids movies on netflix are also an amazing and fascinating option to keep your kid engaged in good stuff. 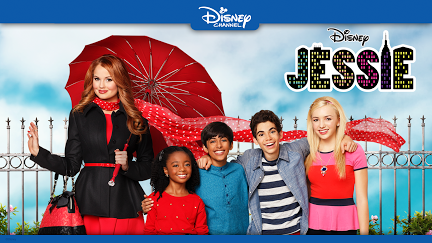 The story of a small town girl with big dreams, who rebel against her strict father to pursue her dreams. And, she decides to leave the military base in Texas where she grew up and come down to New York City. There she accepts a job as a nanny and moves into a multi-million dollar penthouse where she needs to handle four children. With a whole new world of experiences open to her, Jessie embarks on new adventures in the big city as the 4 children are under her care. Moreover, there are also numerous kids movies to watch on netflix which can make your junior to see the world in new ways. 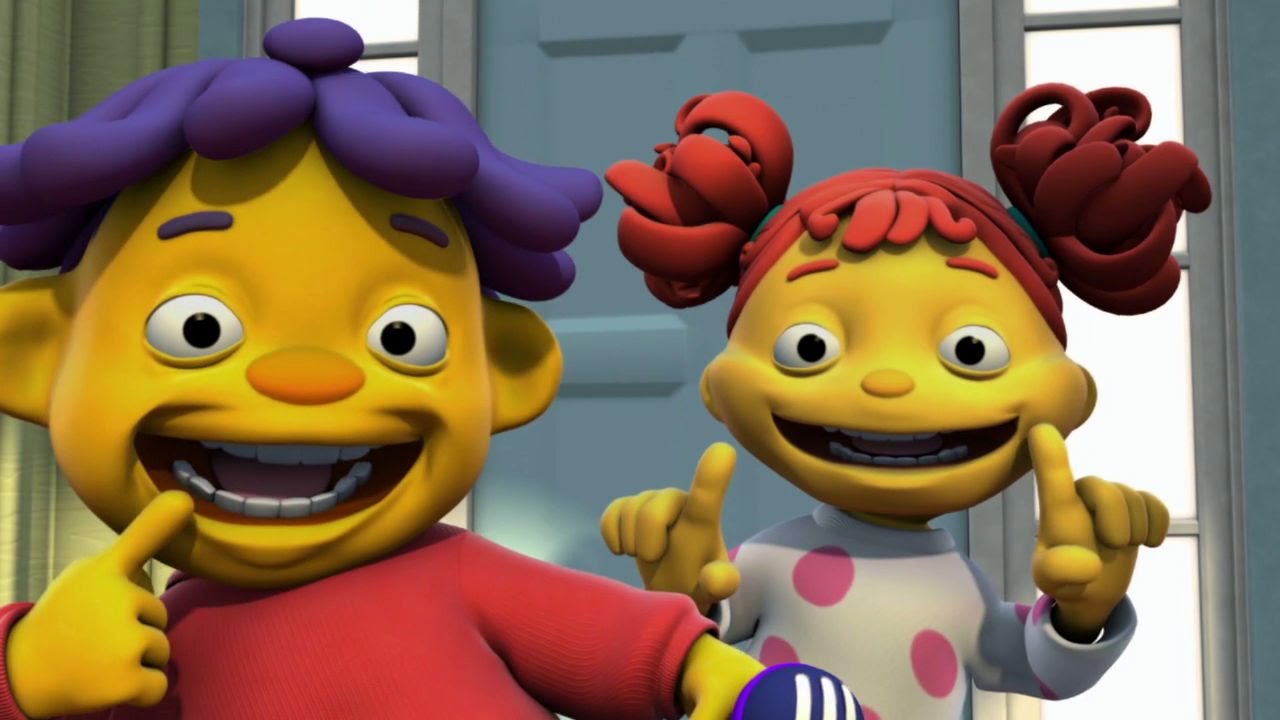 The idea of introducing scientific concepts to the kids via a television show is amazing and matchless. This charming program named “Sid the science kid” follows a school going boy name Sid. Actually, he is a very curious kid, he simply starts his day with a question and explores the science behind it with simple experiments and class discussion. The program’s tone is very light and humorous, filled with lots of jokes, music, and exploration. Watching this show is like learning concepts like inertia and simple machines while playing. 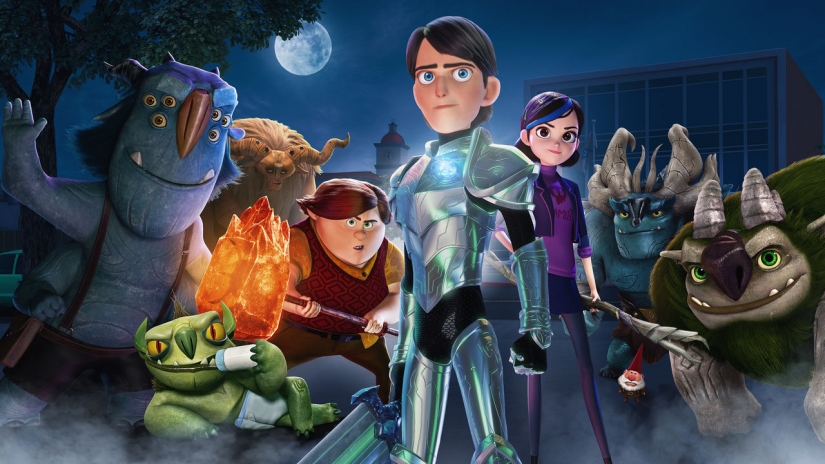 It is an excellent web series which features a sci-fi adventure story. The series is a bright, high-stakes adventure with amazing animation, well-rounded characters, and more than enough action to keep kids engaged. Troll Hunter is about a magical hero who fights against all odds and evil trolls and protects the world. More importantly, there are lots of twist and turns which makes the audience never lose the interest. Above on that, special effects are just treat to the eyes, so make your kid lost in the animated world of beautiful landscapes while watching this show.

Netflix has tons of amazing content for the kids like Trollhunters, The Worst Witch, Jessie and more. All the above-listed TV shows are worth to watch and best for kids above the age of 3. Many of these shows have multiple seasons available, so be sure to create screen-time rules to prevent your kids from binge-watching.