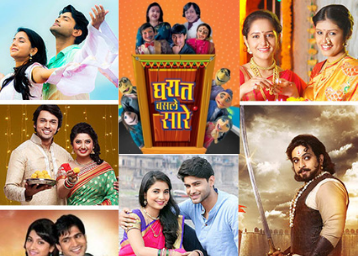 Zee Marathi is a successful channel owned by Zee Entertainment Enterprises. It airs some incredible Marathi Serials that you can find in Zee Marathi Serial Name List 2022 given below. You can watch many entertaining serials in many genres like comedy, drama, reality shows, and more.

Also, just in case you miss watching the Marathi Serials, you can now watch the serials on the ZEE5 app, which is available to download through Android and iOS mobile phones, which is super easy and convenient.

All you have to do is subscribe to the ZEE5 app on your smartphone at a very reasonable price. Zee Marathi Serial Name List 2022 is given in the article below for your notice. Zee Marathi: Top Stories On Latest Marathi TV Serials are popular in Maharashtra, and it includes all genres, including comedy, family melodramas, and love stories.

If you wish to find knowledge about Zee Marathi New Serial List names and more, then here is a complete list that you must read. Here, we have provided you with all the Zee Marathi Serial List 2022 With Timing And Shows Days. Scroll down to find out more in details regarding the same.

Zee Marathi Serials List 2022 Along With No. Of Episodes

Here we have mentioned the best and most-watched Zee Marathi serial name list, which you can watch on your screen and ZEE5 app at your convenience. We have also mentioned the characters, timings, and much more for you. You do not have to go anywhere to find out the best Marathi serials as we have everything mentioned here. 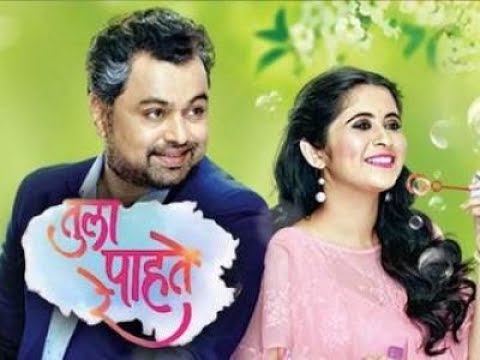 Zee Marathi Tula Pahate Re Serial is about the businessman who wedded this middle-class girl to get his ex-wife’s belongings from her mom. The purpose of the business tycoon was to build a false story about his existing wife that she is the rebirth of his late wife, then his ex-wife’s mother will give all the resources to him. But the plan was abandoned when his now-wife found out all the facts. It is fascinating to watch this serial. 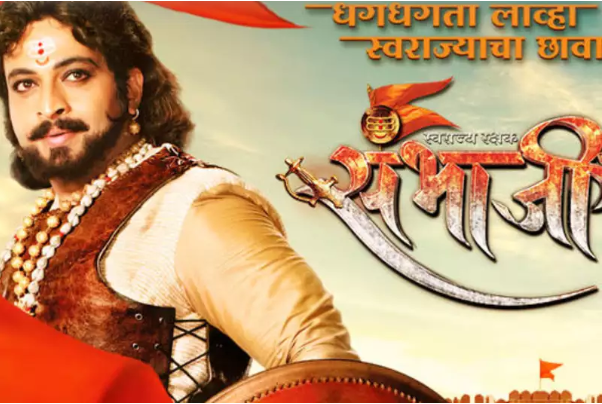 This is a Sambhaji Zee Marathi Serial that is based on the traditional drama story. We all know about the story of great Maratha king Chhatrapati Shivaji Maharaj. But this serial is all about Chhatrapati Shivaji Maharaj’s son Sambhaji Maharaj. They have now completed more than 773 episodes, and the public has reviewed this serial to be the best Marathi historical drama. This serial has the best zee Marathi serial song, which you can listen to on youtube and other platforms too. 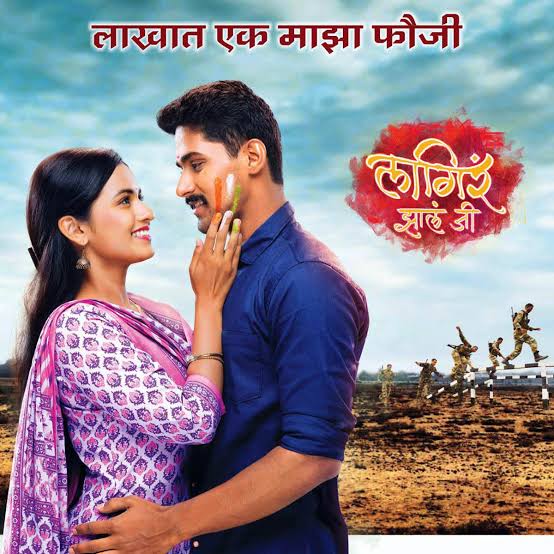 But he faces a girl and happens in love with her. But there comes a situation in which he has to decide between his goal and his affection. How he handles his life is the story of this serial. 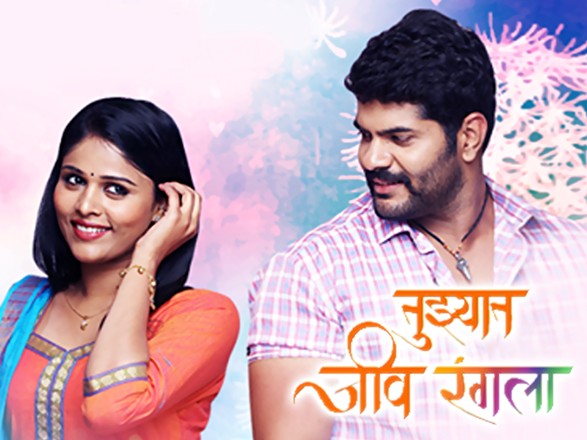 Both of these personalities have several views and ways of reasoning. But ultimately, both fall in love. This series's tale is all about wherewith they handle to keep their connection active even after the variations between them. It is actually a feel-good serial which will really make you comfortable while watching it. This serial has the best zee Marathi serial song, which you can listen to on youtube and other platforms too. 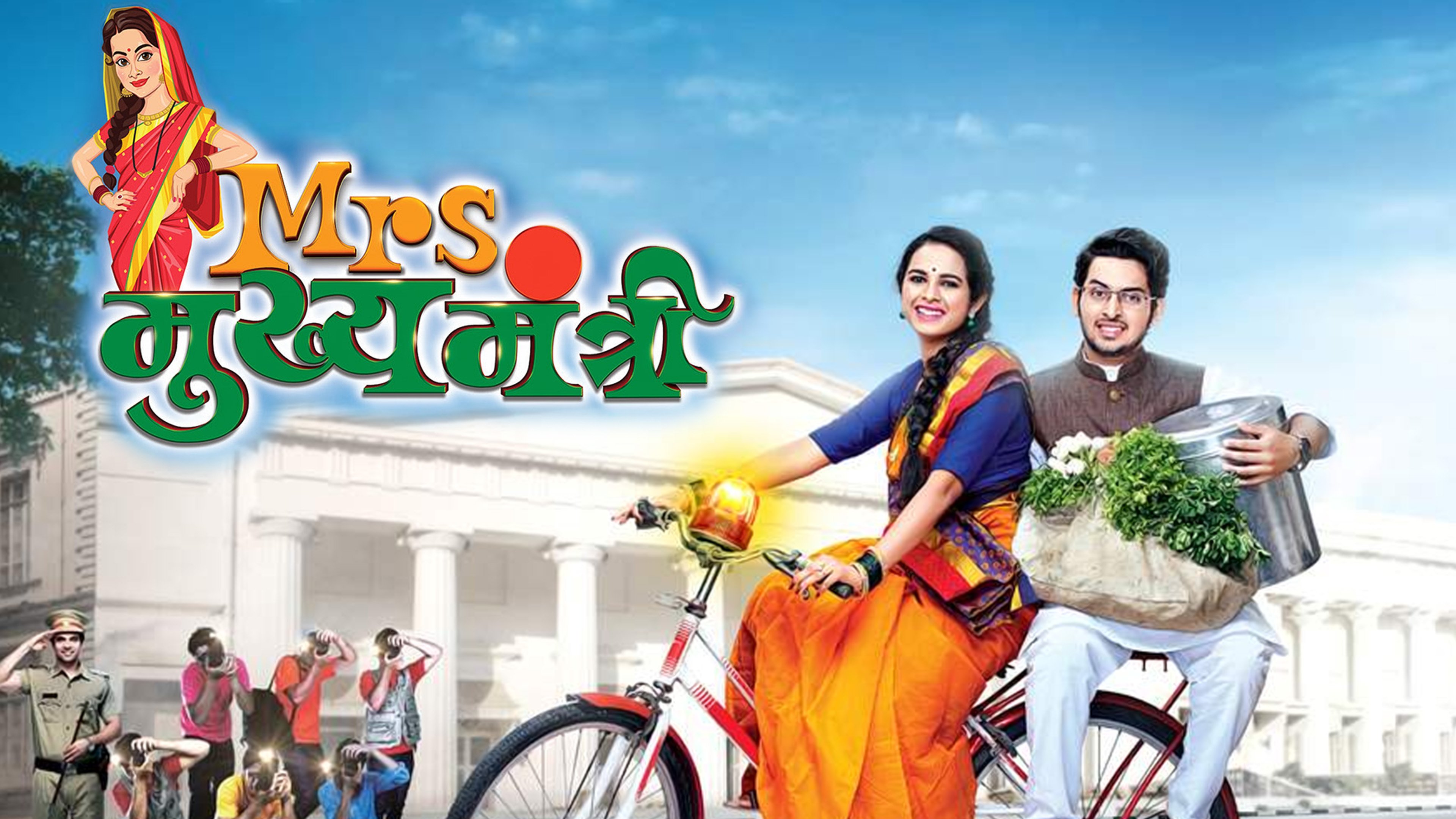 This drama Marathi zee tv serial has received massive acceptance due to the various styles of performance. This is the story of a youthful duo who loves each other and is united even after disapproving from their family.

In this drama serial, the male lead is the honorable chief minister of the state, and the wife is called Mrs. Mukhyamantri. This is an excellent serial that will really make the audience curious about the next episode. This serial has the best zee Marathi all serial title songs, which you can listen to on youtube and other platforms too. 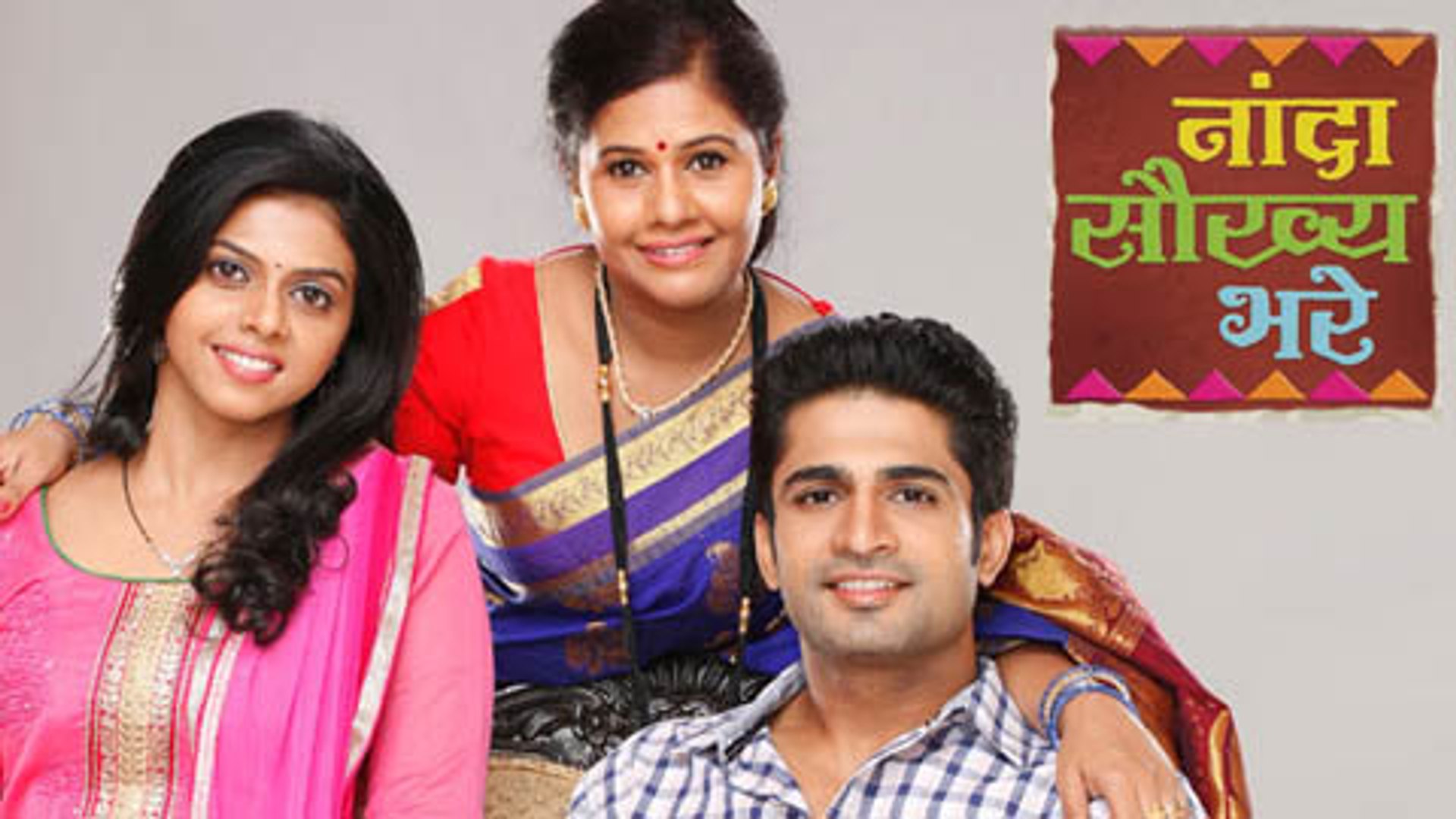 In this Zee Marathi Serial Name List, there is one amazing serial which we added is the Nanda Saukhya Bhare which is about Swanandi, aN honest woman who understands that truth is the reason for every relationship. She uses her principles to conquer difficult situations, which involve the struggles with her mother-in-law. If you want to know more about this amazing serial, then you can watch the serial on the ZEE5 app now!! 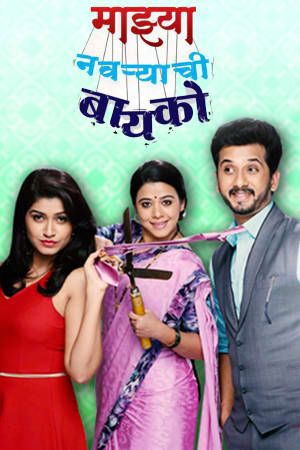 This serial is all about a couple who are opposed to each other separately. But once the woman gets out that her partner has an extramarital relation, that breaks her heart. She loved her spouse a lot, and the truth that he has an extramarital affair makes her emotionally week. But she neglects it and focuses more on her career. This serial has the best zee Marathi serial song, which you can listen to on youtube and other platforms too. 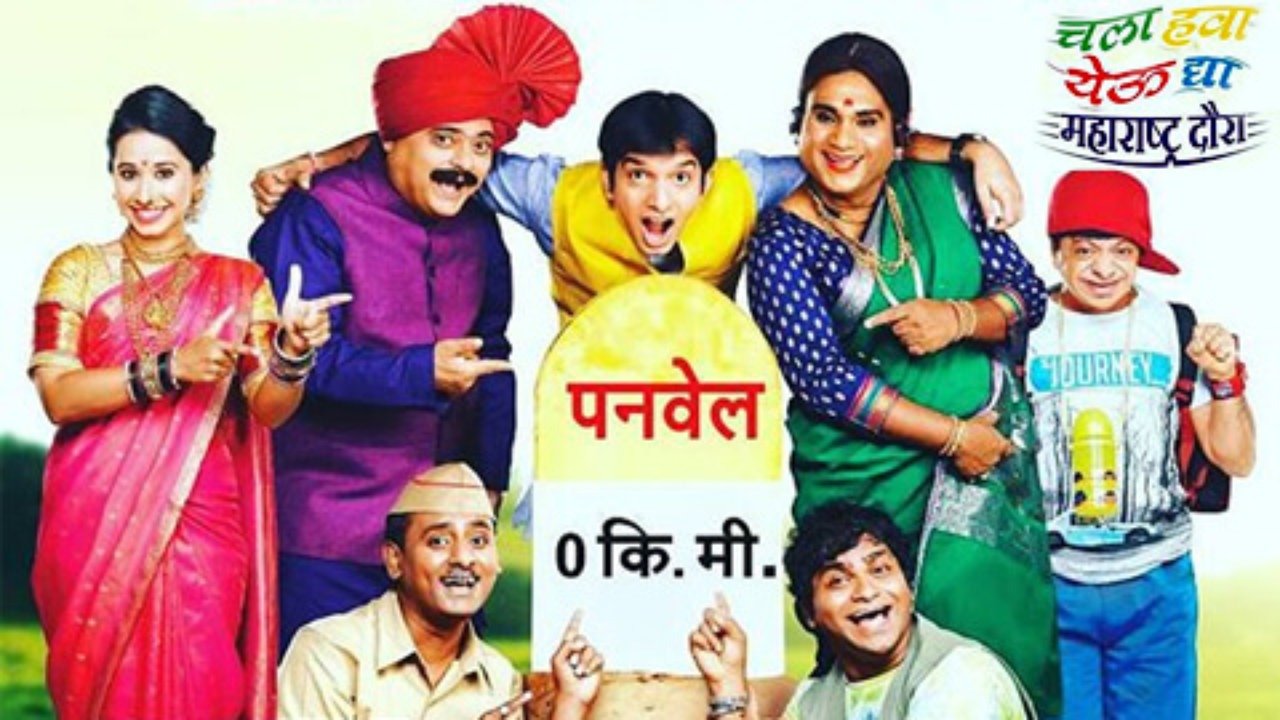 If you love watching the Zee Marathi Live Serial, you can watch the Chala Hawa Yeu Dya, a trendy and must-watch serial watch. It is about a Dr. Nilesh Sable requesting different Marathi entertainment industry personalities to chat about their work. They also take part in comedic circumstances with his unusual family in Thukratwadi.

You can watch this serial on your televisions and also on the ZEE5 app. All you have to do is subscribe to the ZEE5 app and then watch the serials whenever you want! This serial has the best zee Marathi all serial title songs, which you can listen to on youtube and other platforms too. 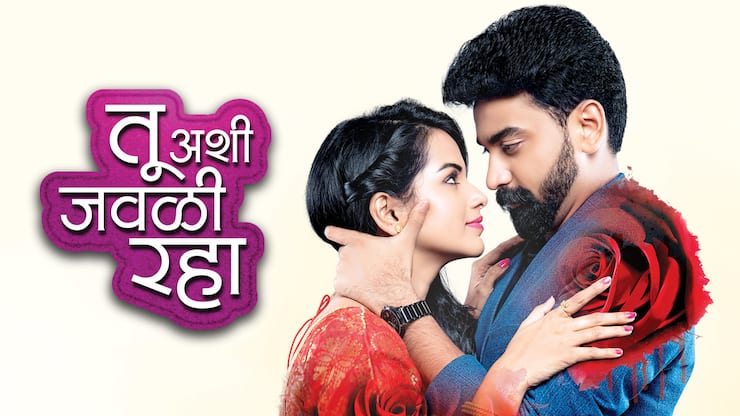 Tu Ashi Jawali Raha is all about a well-educated girl from a middle-class who unites a shallow man from a well-to-do family. However, she tries to come to sessions with his possessive performance to create a life with him.

You can watch this Marathi zee tv serial on your televisions and also on the ZEE5 app. All you have to do is subscribe to the ZEE5 app and then watch the serials whenever you want! 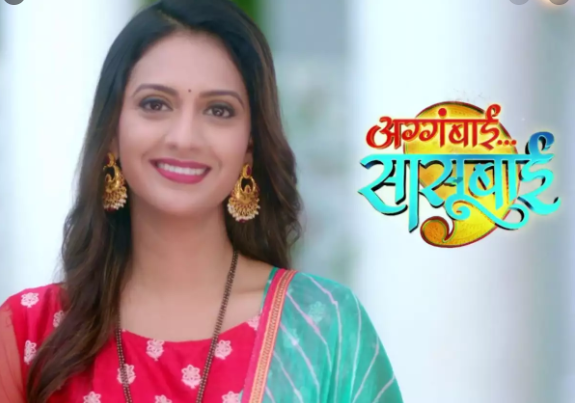 The last in the zee tv Marathi serial list is Agga Bai Sasubai which is also a drama series that deals with extramarital relationships. Asawari and Shubhra are the main actors of this drama serial in which both of them are pair. This is a feel-good serial which is very suitable for almost every character. People would prefer to watch these dreamy serials.

This is the series that represents the real-life conflicts that may or may not appear in the lives of Indians. This suspense serial has loads of knowledge and heartfelt moments also. This serial is recommended to those characters who would like to watch this humorous significance. Today this is one of the most famous websites aired through Zee Marathi. 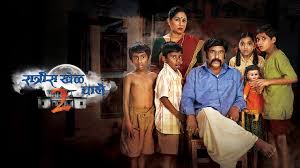 Due to the character of the programs presented by Zee Marathi, people love to watch this channel. Zee Marathi broadcast various serials of every category. They broadcast serials from romance, comedy, thriller, and many more genres. Ratris Khel Chale 2 is one of the most successful television serial aired through Zee Marathi.

The public welcomed this serial because it was a more realistic story. Raju Sawant is the director of this horror thriller serial and has many talented actors like Anil Gawde, Pralhad Kudtarkar, Suhas Sirsat, etc. At present, this is the best serial broadcasted by Zee Marathi. 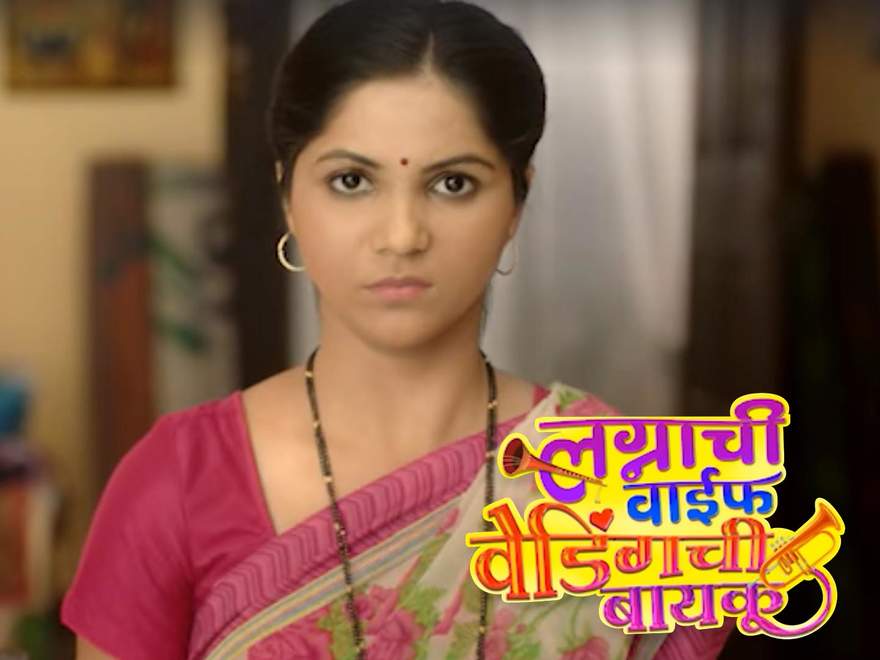 Most of the Zee entertainment channels televised serials of excellent write-up. They broadcast series from nearly every category too.

Lagnachi Wife Weddingchi Bayko is a relationship drama comic serial that is aired through Zee Marathi. This humorous series has many observers, and people have left excellent reviews on this serial.

The story of this serial is sweet, comic, and also quite sensitive. This is the story of two people who fall in love in London. The female heroine is the daughter of a wealthy business industrialist, and her father dislikes their relationship.

She then chooses to live with the male hero, and when she comes to India, she is really shocked to know that he was previously married. The event which happens consequently is the story of this serial. Mazhi Tuzhi Reshimgaath is the new Zee Marathi Serial. In which the famous actor is  Shreyas Talpade in the lead. The timings of this show are 8:30 to 9 pm.

The days to watch this show will be from Monday to Saturday. This is the story of  a business tycoon Yash and Neha. Tujhya Majhya Sansarala Ani Kaay Hawa is one of the famous series. It is popular because of young girls Shruti. She was born and brought up in a nuclear family. The whole serial revolves around her. This serial started in the month of August 2022. It has gained popularity in a short period of time. This is a love story of two girls Indira and Deepali. They are entirely different from each other. This show comes between 7:30 pm to 8:00 pm. You can also watch the repeat telecast at 2 in the afternoon.

How To Watch Zee Marathi New Serial For Free?

This was all about the Zee Marathi Serial Name List 2022, which is available for you to watch on your TV and ZEE5 app. If you want to watch it on the app, you have to subscribe to the app, and then you can watch it whenever you want. If you still have any confusion regarding this article, feel free to raise your queries in our comment section.

Q.Which is the No 1 Marathi serial?

A. The new Zee Marathi Serial is Tu Ashi Jawali Raha, Mazhya Navryachi Bayko, Tujhyat Jeev Rangala, and many more, which are available on the ZEE5 app for you all to watch.

Q. Which serial is at 7 pm on Zee Marathi?

Q. What is the schedule of Zee Marathi today?

A. Check out Zee Marathi Serials List 2022 with Timings, Schedule & Synopsis mentioned in the article above.

I am eager to assist individuals with understanding different aspects of life through my content. The content that I write has helped many people grow their skills and knowledge. I believe I have a strong relationship with the written words as I love elaborating on minor details with surplus data