How to Watch Who’s Your Daddy Web Series For Free?

Watch the latest web series Who's Your Daddy For free. All Episodes are streaming on ALTBalaji and Zee5. 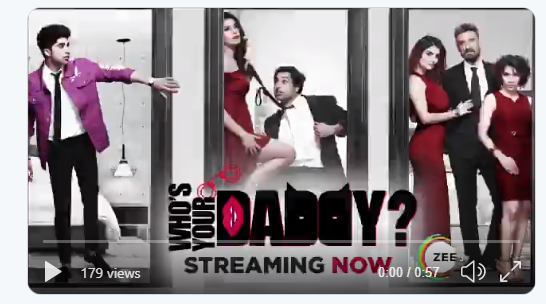 Who's your daddy web series is a Hindi web series on Zee5. It is one of the latest web series that you can watch in April. ALTBalaji and Zee5 are back with one more exciting web series.

Update: Finally, the wait is over and the remaining episodes of Who's your Daddy Web series are now available. You can watch all 12 episodes on AltBalaji and Zee5.

Watch Who's your daddy series For Free

How to Watch Who’s Your Daddy Web Series For Free on Airtel?

Similar to Vodafone, Airtel is also offering free access to Altbalaji Shows on Xstream app premium. If you are an airtel subscriber you get free access to premium content on Airtel Xstream. You can recharge with any Airtel unlimited plans to watch premium content for free. Click on the banner or search to start watching Who's your daddy web series for free.

How to Download ‘Who's your daddy’ Original series for Free?

The download option is available on the Zee5 app. With the option, you can watch select shows, movies, and originals in offline mode.

With Zee5, you really get to choose from a variety of shows, serials, movies, and originals. In the recent time, Zee5 and Altbalaji have come with original series such as Rangbaaz Phirse, Code M etc.

Is Zee5 Premium free or paid?

What is the cost for Zee5 Premium?

What is zee5 premium?