How to Watch 'The Family Man' Web Series on Amazon Prime Video for Free? 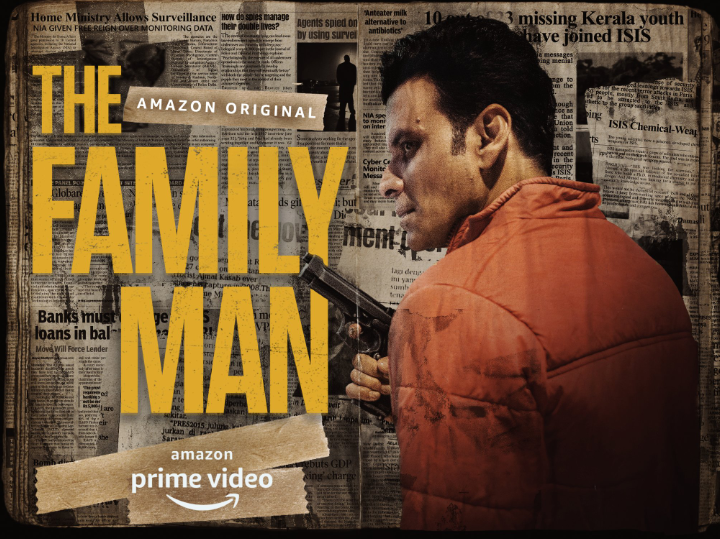 The Family Man is one of the most popular Indian series to release in 2019. Reportedly, the second season of The Family Man will release in 2020. There is also a series which is coming on 15th May on Amazon Prime which is Paatal Lok Web Series coming up in May.

The Family Man web series started streaming on 20th September. Manoj Bajpayee was seen playing the lead character in the series. It is created by Krishna D.K. and Raj Nidimoru.  There is also another English Movie which has been released recently which is Little Women for you to watch on Amazon Prime Video worldwide.

Meanwhile, Wake N Bake is streaming on Amazon Prime Video. It is a stand-up comedy show

Also Read: The latest Indian web series to release on Prime Video is Inside Edge Season 2. The web series premiers on 6th December. You can watch Inside Edge 2 for free.

If you eagerly waiting to see Manoj Bajpayee playing another powerful character, you will have to wait till 20th September. Because it is the date when the web series will start streaming on Prime Video.

The Family Man includes a total of 10 episodes that you can stream with your Prime Membership trial offer for free. Also, you can watch The Grudge 2020 Ful Movie on 31st May 2020.

How to Watch The Family Man on Prime Video for Free

To watch the upcoming web series for free, you need to activate the 30-day trial of Amazon Prime. The free trial offer is available for new users. You can create a new account and start streaming the web series on September 20th. The offer is also available for users who have never availed free trial.

If you want to watch the web series later you have an amazing option available as you can download it on your mobile phone. Once you download the show you can watch it later in the offline mode on the Prime Video app.

Amazon had announced the release date of its much-awaited Indian web series earlier. As promised the trailer was released on 5th September. Since the show will start streaming on 20th September you can watch the trailer. In the 2:45 minutes, you get a hint of what to expect from the show.

The series includes a total of 10 episodes. And the episodes will be released on 20th September. You can binge-watch all the episodes and also download to watch later.

So, Amazon is ready with its latest web series for Indian viewers. The Family Man promises to be a great watch with power-packed performances from all the lead actors.