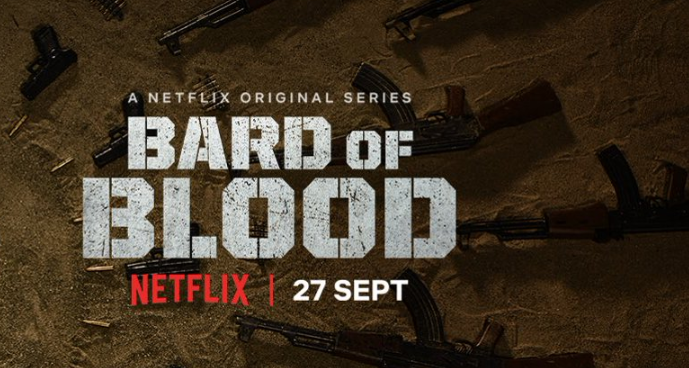 Bard of blood is the upcoming Netflix Indian web series produced by Red Chillies Entertainment. The Spy thriller is based on Bilal Siddiqi's novel of the same name. The trailer of the web series starring Emran Hashmi was recently released by Shah Rukh Khan. You can stream Bard of Blood starting 27th September with Netflix subscription plans. If you are looking for a Bard of blood download it free, keep reading to know more.

The spy thriller is streaming on Netflix. And you can binge-watch all the seven episodes of Bard of Blood on Netflix. After the release of Sacred Games 2, it is the next major web series on Netflix.

Similar to Sacred Games, the web series may become available on midnight of the release date. The second season of Sacred games released on 15th August. The show is already receiving rave reviews similar to its earlier season. Also, know What Web Series To Watch On Netflix with just a click on the link.

Recently, Shah Rukh Khan released the trailer of Bard of Blood. The web series is produced by Shah Rukh Khan's Red Chillies Entertainment. The introduction to Netflix's next Indian series starring Emraan Hashmi looks promising. You can watch the trailer on YouTube. We have to wait to see if it matches the success of Sacred Games.

The web series revolves around the story of an ex-RAW agent played by Emraan Hashmi.  The trailer is already out and it looks promising.

How to watch Bard of Blood on Netflix for Free?

The web series will start streaming from the 27th of September onwards and you can watch for free with Netflix's 30-day trial for new users. If you have already availed the new user offer choose from one of the available subscription plans of Netflix.

Bard of Blood is another addition to the list of growing Indian web series on Netflix. Meanwhile, the subscription plans of the streaming service start at Rs. 199 onwards. You get one month of service for free on sign-up. If you choose to discontinue, unsubscribe before the end of your 30-day free trial.

How to Download Bard of Blood Web Series for Free

With the Netflix Rs. 149 plan, you get access only on the mobile device. The affordable subscription package was recently launched specifically for mobile users. While the Netflix basic plan is priced at Rs. 199, you can watch on a laptop and TV. And in case you want to stream content in HD you need Rs. 499 plan. While the Rs. 649 Plan of Netflix plan offers Ultra HD quality content on up to 4 devices simultaneously.

With Bard of Blood, Netflix is set to launch one for thrilling Indian web series after the success of Sacred Games 2. The web series stars Emraan Hashmi in the leading role. The trailer is out and the story looks very griping. So far, all the Indian web series of the streaming service have got rave reviews.