How To Watch Lucifer Season 5 Part 2 Online For Free? 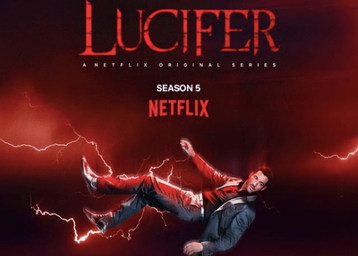 Netflix is known for bringing some of the most critically acclaimed shows and movies to its platform and has recently announced the release of Lucifer Season 5. The show is a very popular series that is based on the characters created by DC Comics. The Netflix series actually began on Fox but shifted to the OTT platform after the third season.

The Lucifer series is currently airing its penultimate season on Netflix, and here in this article we will talk about how you can watch this amazing series as well on your mobiles, laptops or television, so stay with us throughout this article and get to know all the inside details and information about this fantastic series.

The series releases on the same day as the Class of 83 Netflix movie, about which you can learn more here. Lucifer is back with a bang and with a completely new season. The show is all set to amaze the audiences as it has been doing in its past few seasons. Each season has brought some of the most brilliant storylines to the public, and the expectations are really high with the Lucifer Season 5 as well.

Here, we will have a look at the series storyline, cast and crew and how you can watch the Netflix series seamlessly on mobiles, laptops or TVs. So let us jump right into the details and information of the Lucifer Show on Netflix.

If you want to watch the series, then all that you need to do is get yourself a Netflix subscription, and you can watch the whole show without any restrictions.

The first part of Season 5 of Lucifer is now available on Netflix, and you can watch this show easily. Here is the trailer of the new season that was released by the OTT platform a few weeks back. The trailer clearly shows what all fans and audiences can expect from the new season of the show this time.  Check out all the details in the Lucifer Season 5 Part 2 trailer shared above.

How to Watch Lucifer Series Online?

If you are planning to watch the Lucifer Netflix show once it is released, then you can follow the steps given below to check out this Netflix series.

How To Watch Lucifer Season 5 Part 2 Online For Free?

If you are a subscriber of Jio postpaid plus, then you can get free access to the Netflix platform along with the plan. Here are all the steps that you can follow to enjoy the Netflix series for free.

If you want, you can also watch this Netflix show offline with the help of the downloading features available on the platform. You can follow the steps below and download the Lucifer Season 5 on your device.

4. Select the quality in which you wish to download the series.

5. Now you can watch and enjoy the series offline.

Here is the list of the amazing cast of the Lucifer series that has captivated the audience for a long time through their amazing performances on the show.

4. D. B. Woodside as Amenadiel

So this was all about the Lucifer TV Series on Netflix. If you are looking for more such articles, news, blogs and updates, then keep following our website.

Q. When will Lucifer Season 5 be released?

A. The TV Series will be released on 21st August, only on Netflix. So you can have a closer look at the show by following the steps shared in the article above.

A. If you are a Vodafone Red subscriber, then you can check out the steps shared above and watch the whole Lucifer Series on Netflix for free.

Q. Who are the main cast members of the Lucifer Show?

A. Tom Ellis, Lauren German, Kevin Alejandro, D. B. Woodside, Lesley-Ann Brandt, Scarlett Estevez, Rachael Harris, and many more are a part of this show's cast. You can have a look at the whole list in the article above.

Q. Where can I watch Lucifer Season 5?

A. You can check out the Lucifer Series online on Netflix where the fifth season will be released on 21st August.