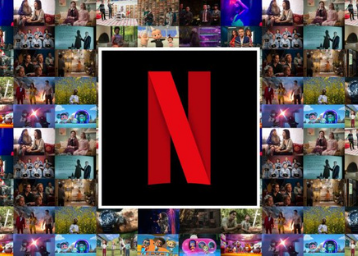 There are many upcoming Hindi Netflix series coming up for you all to watch. There will be many releases in the year 2022 for you all to watch. It’s time to take a look at the upcoming Hindi web series on Netflix lineup for the months of 2022, which is now packed full of big new movies and TV series. If you want to see more of what’s supervised your way throughout 2022, then jump into our many shows of titles coming during the year.

There will be many Bollywood and Hollywood releases coming up for you. You can watch it all for free, and if you want to know how then here in this article, you will know it all. Now let us look at all the series, on Netflix India Calendar for 2022, for you all to watch. This series will be of all genres. Grab Rs. 50 for free by Signup on FreeKaaMaal . Or just simply click on the button that has been given below, register and earn Rs.50. get up to 100% cashback on FreeKaaMaal on different brands.

To know how to redeem your FreeKaaMaal bonus, click here.

Here we have mentioned some of the upcoming Netflix series India that will come in 2022 for you all to watch. Check out the complete details about the same given in the table below.

Check out the upcoming Netflix Hindi series here along with complete details about them. It is one of the most awaited web series on Netflix starring Rajkumar Rao and other stars. Mollywood actor Dulquer Salman will be sharing the screen space with Rajkumar and this web series will be based on a comedy thriller.

This Netflix series will be directed by The Family Man Fame Raj and under their banner D2R films. There is no official information about the release date, but we expect the same soon.

Also know How To Download Legends Of Ramayana With Amish It is one of the dark comedy series starring Manoj Bajpayee and Konkana Sen Sharma. Netflix announces that they are coming with lots of web series and movies this year in March 2022.

The release date for the same is not announced yet and the upcoming Hindi Netflix series is bankrolled by MacGuffin Pictures. Haryana Bollywood star Randeep Hooda will be seen in the lead role of this upcoming Netflix series named CAT. It is a thriller based web series that has been directed by Balwinder Singh Januja.

The release date of this Netflix web series Hindi is not out yet but we are expecting the same sooner. One of the cute couple of Netflix Original series Prajakta Koli and Rohit Saraf are coming again for the second season of Mismatched Season 2. It is one of the most loved romantic web series.

This web series will be directed by Akarsh Khurana and Nipun Dharmadhikari under Netflix. The Season is coming soon as per the details. It is one of the most awaited web series starring real-life Uncle- Nephew south superstar Rana Daggubati and Venkatesh will play the father-son role in the upcoming Netflix series.

It will be a remake of the American crime drama Ray Donovan which is going to be directed by Karan Anshuman and Suparn Verma. This is the first time that these two are coming together for a project. This upcoming Hindi Netflix series will be a crime thriller web series that has been directed by Umesh Kulkarni, Ayesha Sood, and Ashwin Shetty called Indian Predator.

Currently, there is less information available about this one but we are expecting a sooner release. Delhi Crime Season one is one of the most popular web series on Netflix and the second season is about to come. The first part has also won awards for the outstanding drama series and it has been created and written by Richie Mehta.

The first season was made on the basis of the true event of the South Delhi Gang Rape case in 2012. Season one is one of the best Hindi web series on Netflix. It is also one of the loved web series on Netflix and it is based on Phishing and scamming. The second season is officially coming as the leading OTT platform confirmed the same on Instagram a long time back.

The new season will come with bigger scams but the release date for the same is out yet we are expecting the same sooner. There are several factors that Masaba Masaba got famous amongst the youth audiences, one is a really famous person’s story with several turns and twists. Who doesn’t know the famous Indian fashion designer Masaba Gupta, the daughter of the greatest cricketer  Vivian Richards and actress Neena Gupta?

We all are waiting for the second season of Masaba Masaba.

How To Watch New Netflix Original Movies And Series?

How To Download Upcoming Netflix Original Movies Or Series?

This was all about the Netflix web series list Hindi coming in 2022 for you all to watch. As Netflix will release more upcoming web series on Netflix in Hindi, we will keep you updated with it.

Also, check out how to cancel Netflix subscriptions by Clicking here.

A1. There are many upcoming Indian web series on Netflix that are coming in 2022 like Delhi Crime Season 2, Jamtara Season 2, Indian Predator, CAT, and more.

Q2. Can I watch Indian Webseries or Movies on Netflix?

A2. Yes, you can watch Indian web series and movies on Netflix as they have many movies and series available on Netflix for you all to watch.