Best Korean Dramas On Netflix - For your Binge-Watching Leisure 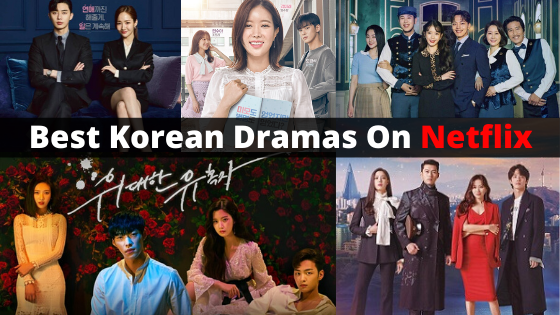 Korean Drama, Music and Movies have got massive popularity in recent days, especially in India. Today we are here with a list immensely popular Korean Dramas On Netflix. If you are a k-drama fan then you can watch Best Korean Dramas online on Netflix. If you want to know about the upcoming Netflix Stand-Up Comedy 'Your's Sincerely' For Free click on the provided link.

K-Dramas are on the of the most popular aspects of K-Pop Culture as it stars popular Korean idols. If you are interested in Korean Dramas then you must check out our list Best Korean Dramas On Netflix that you can binge-watch with family and friends. Also, know What Web Series To Watch On Netflix with just a click on the link.

Check out our list of best Korean dramas to watch on Netflix. We have listed the Tending Korean Dramas on Netflix that you can binge-watch. Also, we have prepared a list of Upcoming Netflix Web Series where you can find all the lined up series which are going to air on Netflix in 2020.

What's Wrong With Secretary Kim is one of the most popular and trending Korean Dramas on Netflix. The story is about a narcissistic Businessman Young Joon, who is the vice president of a company run by his family.

Young Joon is known for being extremely self-absorbed and self-centric. He has a very capable and patient female secretary name Kim Mi So. Kim Mi So has been working with Young Joon for 9 years and suddenly one day she decides to quit her job.

Young Joon finds her resignation odd and tries to stop her. In between hilarious misunderstandings ensue and some connections and hidden secrets get revealed.It is a fun romantic comedy-drama -Adapted from the novel "Kimbiseoga Wae Geureolgga" by Jung Kyung Yoon. 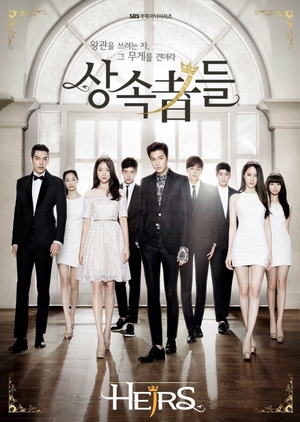 This drama is a story of a boy named Kim Tan who is 2nd in line heir to the Empire Group and  Cha Eun Sang, the daughter of his family's housekeeper. Kim Tan is sent to the US in his young by his elder half-brother.

In states, Kim Tan bumps into Cha Eun Sang, who is in search of her elder sister. Con sequences bind them together and both start falling for each other, never realizing the connection their families have.

When his fiancee Rachel Yoo arrives at the US, things get more complicated. Later Kim Tan follow back Cha Eun Sang to Korea and he is welcome by his unhappy half elder brother, a friend turned into an enemy, an annoyed fiance and Cha Eun Sang.

Watch this Korean drama on Netflix to know how life unfolds for Kim Tan and Cha Eun Sang. It is one of the best Korean Drama with massive popularity among youth. 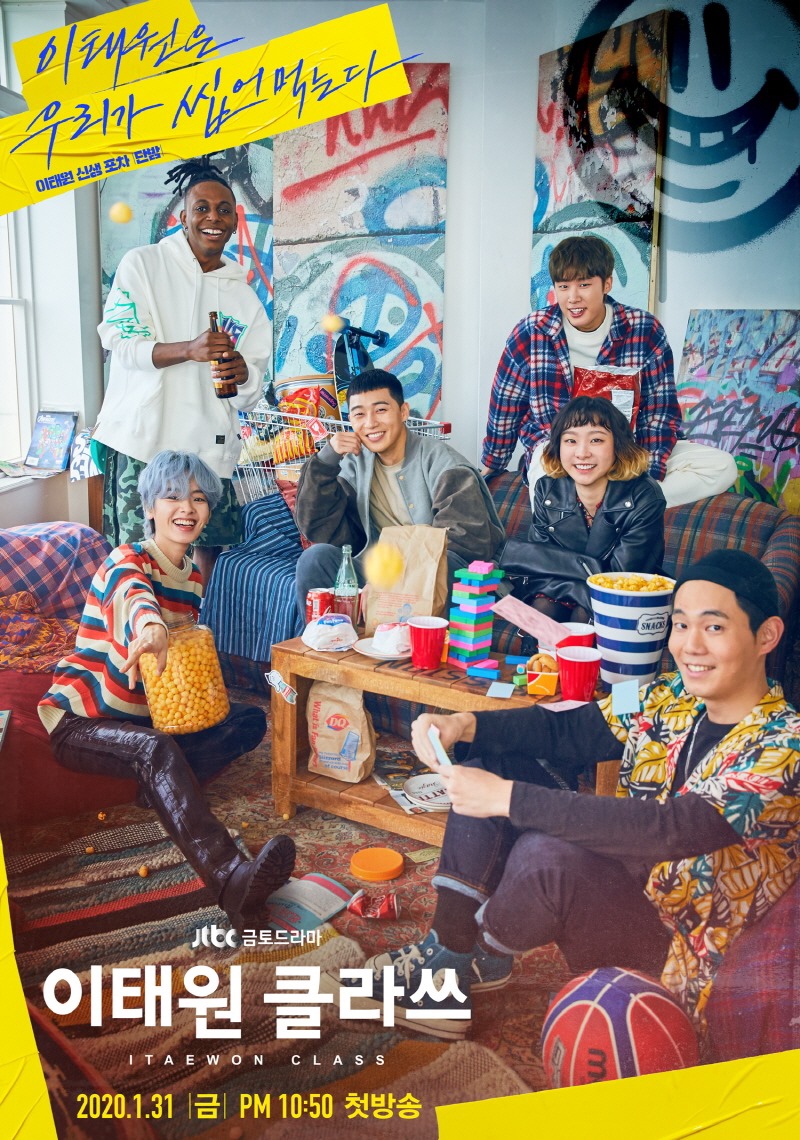 Park Sae Ro Yi is a socially inept high school teenager who on the first day of attending his new school punches his classmate Jang Geun Won for bullying another classmate. Jang Geun is the son of CEO Jang Dae Hee a big businessman.

Sae Ro Yi dad works in CEO Jang Dae Hee company and when the news about this incident breaks the CEO demands to Park Sae Ro Yi that he apologizes to his son. Park Sae Ro Yi refuses this demand and his father leaves the company.

Later in a car accident, Jang Geun kills Sae Ro Yi’s dad. Park Sae Ro Yi mercilessly beats Jang Geun Won when he get to know the truth and for this, he gets arrested and receives prison time for violent assault.

Jang Geun on the other hand, Jang Geun gets away with his crime. In prison Park, Sae Ro Yi plans to destroy the Jagga company and take revenge for his father’s death. Once released from prison he opens a restaurant in Itaewon, Seoul.

Jo Yi Seo is an intelligent girl and is popular on social media. She falls for Park Sar Ro Yi and joins him to fulfil his dream and works as a manager in the restaurant. Watch this ongoing Korean drama on Netflix and find out how the story unfolds. New episodes air every Thursday and Friday.

For all the IU fans this drama is a real treat. Jang Man Wol played by IU is the CEO of a mysterious Hotel named Del Luna which only takes Ghosts as their guest. Jang Man Wol commits some sins in her past life and gets stuck to the Hotel for repayment of her sins.

With passing year Jang Man Wol becomes more beautiful, fickle, suspicious and greedy but from the inside, she is hurt, seeks revenge and is haunted by her past. The mysterious hotel appoints a new manager Goo Chan Sung.

Go Chan Sung is hardworking and well qualified. He is sincere and looks level-headed, but has a soft disposition. Unexpected events and unserved ties make Go Chan Sung come and work for Jang Man Wol at the mysterious Hotel Del Luna.

Eun Tae Hee has messed up parents and she believes being swayed by love is pathetic. Kwon Shi Hyun agrees to the challenge to fall in love with Eun Tae Hee and break her heart. Shi Hyun, who is expert in seduction starts the games of revenge but things get complicated when it all turns into something real.

Kwon Shi Hyun, Choi Soo Ji, and Lee Se Joo involved in the mess find themselves drawn into something far more serious than they had ever anticipated. To find out what happens when hell breaks loose on these best friends watch Korean Drama Tempted on Netflix.

Crash Landing On You

Yoon Se Ri is one of the most influential businesswomen of South Korea and in line to be the heiress to one of the largest companies in South Korea. But because of a paragliding accident because of bad weather and storm, she ends up in North Korea.

Yoon Se Ri is found by Ri Jeong Hyeok who makes a decision to protect her and hide her. Ri Jeong Hyeok plans to send Yoon Seri home but circumstances keep changing around them. In between these crazy situation love buds between Yoon Se Ri and Ri Jeong Hyeok.

Is their meeting and accident of destiny? To know what happens to this couple watch Crash Landing On You on Netflix.This one of the most popular Korean Drama of 2020.

My ID is Gangnam Beauty

Kang Mi Rae gets plastic surgery after being bullied because of her looks throughout the school. Kang Mi Rae enrols in college but nothing around her changes. She get more and more criticism about getting Plastic Surgery.

Kang Mi Rae gets teased in college as the “Gangnam plastic surgery monster.”  Do Kyung Suk the most good looking boy in College remembers Kang Mi Rae as a kind and nice girl from high school.

Slowly Do Kyung Suk falls for Kang Mi Rae but she finds it hard to believe because of her low self-esteem. The drama will follow her story of recovering self-esteem as she gets to know Do Kyung Suk more.

What happens to their love story next? To know more watch My ID is Gangnam Beauty on Netflix.

I am Not a Robot

I am Not a Robot is a very popular Korean drama on Netflix. The story is about a rich but lonely man, a hardworking girl and an intelligent scientist.  Kim Min Kyu is a wealthy man who is both handsome and intelligent but lives in seclusion. His parent's death and broken trust on people made him allergic to people.

Ji-A is a smart girl who has creative ideas and she is an aspiring entrepreneur. But her financial condition is not well, therefore, she is in dire need of money. Ji-A finds out that her ex-boyfriend has made a robot Aji 3 with the same physical appearance as her.

A chance to earn money pops up for Ji-A when her ex-boyfriend Baek-Gyun a world-renown robot developer calls Ji-A for help. Min-Kyu cuts a deal Baek-Gyun that if Aji 3 can satisfy his parameters then he will invest in the robot project but before the date of delivery Aji 3 breaks down.

Baek-Gyun asks Ji-A to replace Aji3 and act like a robot before Min-Kyu's until they fix the situation. Ji-A accepts the offer for money without know what would be the repercussions. What would happen when Kim Min Kyu with allergy stays close to Ji-A? To find out watch I am Not a Robot on Netflix.

This is our list of Korean Dramas that you must not miss out. All these Dramas are trending on Netflix and are available for download. Also if you are a binge-watcher you can find the Best Indian Web Series List prepared for you.