The latest entry into the gaming phones category is here. Check out all the details of the ASUS ROG Phone 3 here. 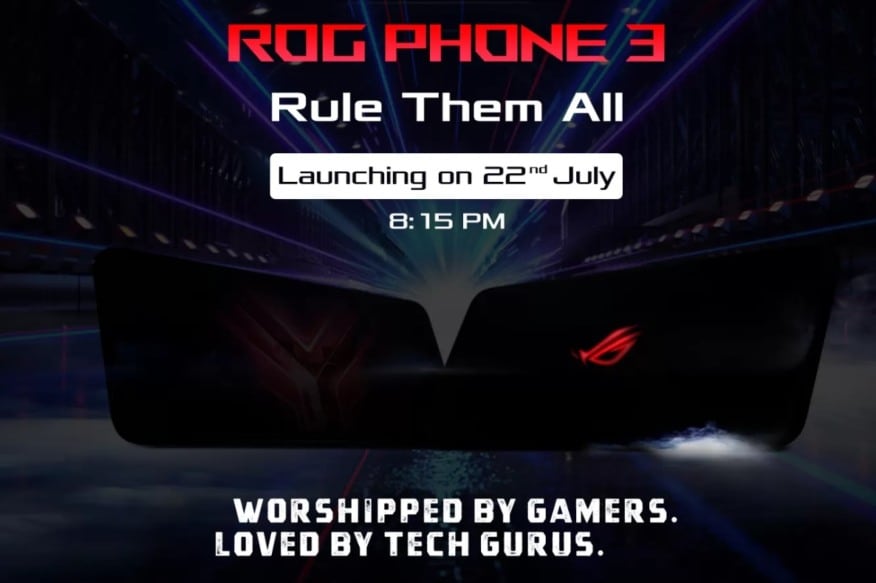 If you are a big fan of gaming phones, then here is a piece of exciting news for you. Asus has announced that they will be launching the latest ASUS ROG Phone 3 in India very soon. This will be the newest entrant into the ROG Phone series, which is considered by many as one of the best gaming phone series in the world.

Gaming Fans would know all about the fantastic features of the previous ROG phones, and at this point of time, it is safe to say that the ROG Phone 3 will be taking the gaming experience to another level.

So if you are facing problems in accessing gaming apps in your current phone, or are looking to purchase a gaming phone for yourself, then you should check out this outstanding entrant in the ROG Phone 3 series. We have covered all the exciting details, including the expected features, prices and also the release date of the ROG Phone 3 in India.

As mentioned above, the ASUS ROG Phone 3 is expected to make a significant impact in the gaming market just like its predecessor the ASUS ROG Phone 2. It has been announced that the phone will launch in the Indian market in the month of July 2020.

So if you are interested in checking out this phone, then keep reading this article for all the exclusive details and features of the ROG Phone 3. So first of all, let us find out when will the phone hit Indian markets so that people can start purchasing it for themselves.

ASUS has announced already that the ROG Phone 3 will be available to the Indian public in the month of July in 2020. To be specific, the ASUS ROG Phone 3 Launch Date is July 22, and it will be launched at 8:15 pm IST and viewers can catch the live event at ASUS’ Youtube Channel.

There are some really exciting details about the ROG Phone 3 regarding its specifications, so let us dive right in to get an idea of the features and specifications of the ASUS ROG Phone 3.

The first big announcement about the ROG Phone 3 is that it will be powered by a Qualcomm Snapdragon 865 Plus SoC processor, which is the flagship processor from Qualcomm. It is said to support 5G connectivity as well. So, all in all, it is going to be packed with all the best features for a gaming phone.

So these were some of the expected features and specifications of the ROG Phone 3. We shall receive more detailed information as soon as the phone launch date nears.

All said and done; it is clear that this is a bombastic gaming phone with all the best and most fantastic features one can ask for. Overall the ASUS ROG Phone 3 Price starts at Rs. 52,999 in India which is in the vicinity of its predecessor the ROG Phone 2.

All in all this an excellent smartphone for gaming and if you are interested in purchasing the ROG Phone 3, then you should know that Flipkart has been teasing the launch of the phone which means that you will be able to buy the phone in India on Flipkart.

So this was all about the ASUS ROG Phone 3 Launch in India along with all its details, prices and features. If you are looking for other such articles, tech news and phone launches then keep following our page for more information.

Q. When will the ASUS ROG Phone 3 be released in India?

A. The phone released on July 22, 2020, and the event was live-streamed on the ASUS Official Youtube Channel.

Q. What is the ASUS ROG Phone 3 Price in India?

A. The price of the phone starts at Rs. 52,999, which is close to its predecessor’s price.

Q. Where can I buy the ASUS ROG Phone 3 in India?

A. The phone is now available on sale on Flipkart after its launch on July 22, 2020.