Jio BHIM UPI Launch, Features, and How to register?

Jio BHIM UPI launched on MyJio app for select users. The service will soon become available for all users. 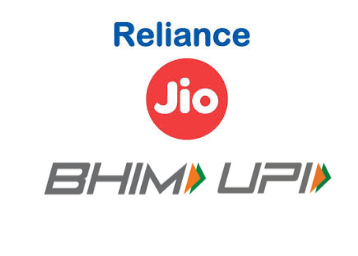 Soon you will see UPI payment feature on My Jio App. Yes, Reliance Jio is all set to introduce a new feature. With this the telecom operator is all set to enter the digital payments space.

Jio UPI will compete with the existing players such as Paytm, Google Pay, and PhonePe. Jio already has a Jio Money digital wallet app. After launching the Jio Wifi calling feature recently, the telecom operator is back with more feature.

The feature is available to select users at the time of launch. Jio BHIM UPI is expected to become available for all users soon.

With the launch of this service, Jio users can create a virtual payment address with UPI handle @jio. Users will need to enter their debit card details and bank account number.

Jio UPI feature will be available alongside existing services such as JioSaavn, JioCinema, and JioTV etc.

With Jio UPI, users can send and receive payments on MyJio app.

How to create JIO UPI ID on MyJio app?

The company has not announced any offer so far. Similar to other UPI based payment apps, Jio is also expected to come with cashback offers soon. The company may also come with a referral offer for UPI users.

The UPI feature on Jio will work similar to other apps such as Paytm, PhonePe, Google Pay, and Freecharge among others. As per the Telecom Regulatory Authority of India (TRAI), the telecom operator has over 36.9 crore mobile subscribers as of November last year.

Currently, Paytm is the market leader in UPI transactions. It is followed by Google Pay and PhonePe at second and third spot respectively. With such a huge subscriber base, Jio is expected to occupy a top position in the UPI segment as well.

How fast is a BHIM UPI transaction?
The transactions done using BHIM UPI are instant. You can send and receive money or make payment at online merchants within seconds.

What is a VPA?
It is a unique identifier assigned to your bank account by the UPI apps. You need UPI PIN to complete transactions using your VPA.