Best TV Series On Hotstar in India: Shows That Worth Your Time 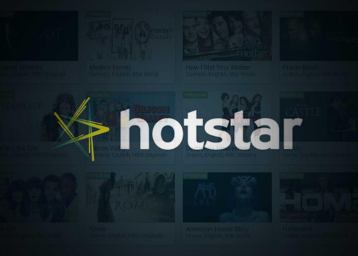 Getting confused about what to watch on Hotstar? Then we are here to solve all your problems as we have made this article for you in which we have mentioned the Best TV Series On Hotstar which are available for the Star Channels. There will be many TV series which are worth watching.

At Hotstar you will find many movies, series, originals to watch. But here we have picked the very few ones for you which are for sure to watch. Whenever bored you can watch the TV series on TV, but if missed, you can watch it on Hotstar as they bring the daily episodes 24 hours before on TV telecasts.

Hotstar has forever been one of India’s top streaming services. Besides being recognised for entertaining big-ticket sporting matches such as the Indian Premier League, it’s a hot repository of some of the most useful English TV series you can stream in India.

With its takeover by Disney beginning this year, Hotstar was rebranded to Disney Plus Hotstar and became even more appealing with new Disney TV shows and movies. You will find TV shows in Hindi and English language.

Now here below look for the best tv series on Hotstar premium which is very easy to watch. Also, if you want to know more about the Best Movies on Hotstart then CLICK HERE. 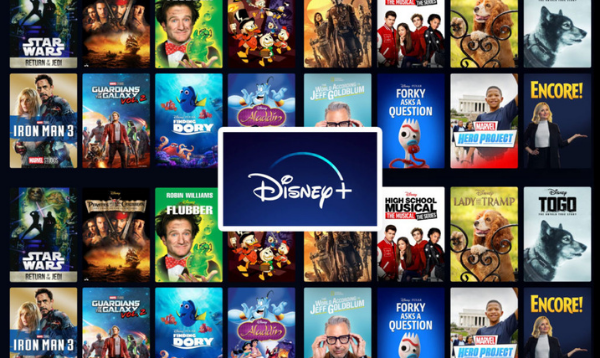 We have mentioned some of the best tv series in Hotstar that are available for you to watch. Here you will find out all genre TV Series which are romantic, funny, emotional, and more. So, keep reading to know the best series. 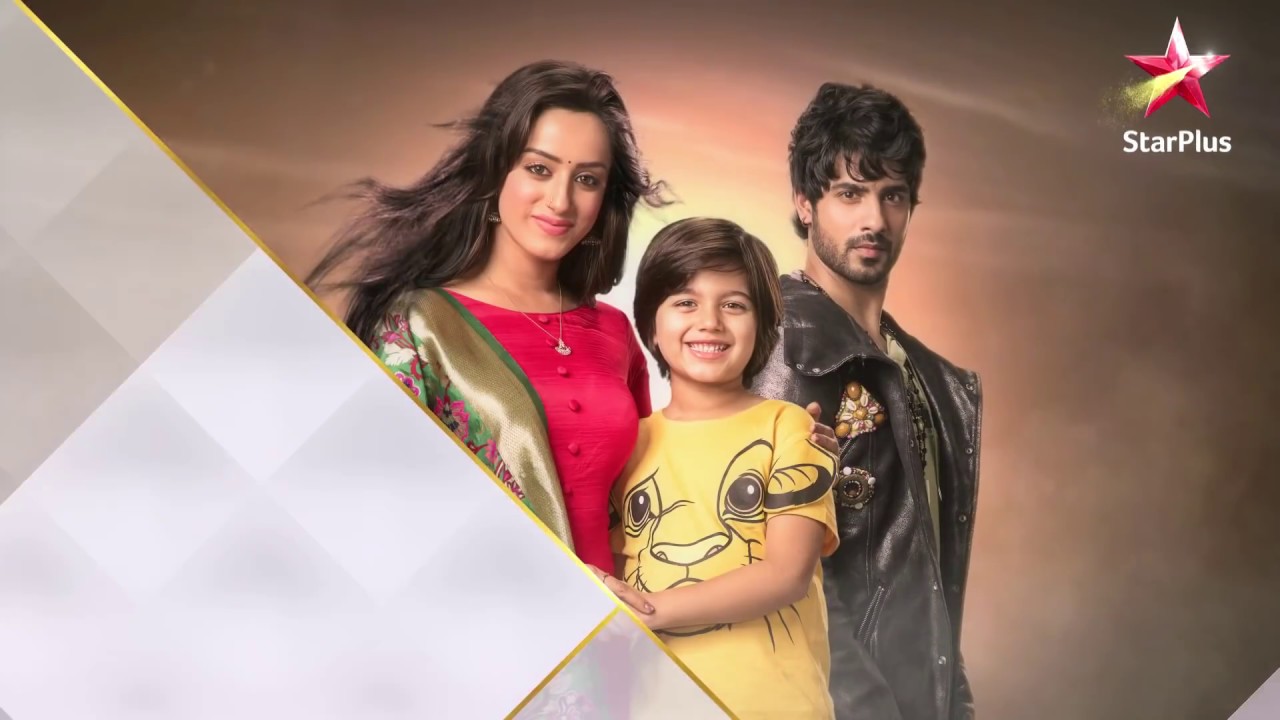 Yeh Hai Chahatein is the second season of Yeh Hai Mohabbatein about a girl Preesha who is a doting mother, while Rudraksh the leading man is an insensitive Rockstar.

When an unfortunate event brings these two at a crossroad, will it be a new beginning? To know more, you have to watch the best tv series on Hotstar 2020.

This TV Series can get watched on StarPlus at 10:30 PM, but if you missed watching there, you could watch it on Hotstar.

The latest Best Series On Hotstar for you all to watch is about a girl Imlie who always wanted to create a name for herself in the city. But upon her arrival, she finds herself caught in the middle of Aditya and Malini’s love story. If you want to know more about the serial, you can also watch it on Star Plus at 8:30 pm or else on Hotstar. 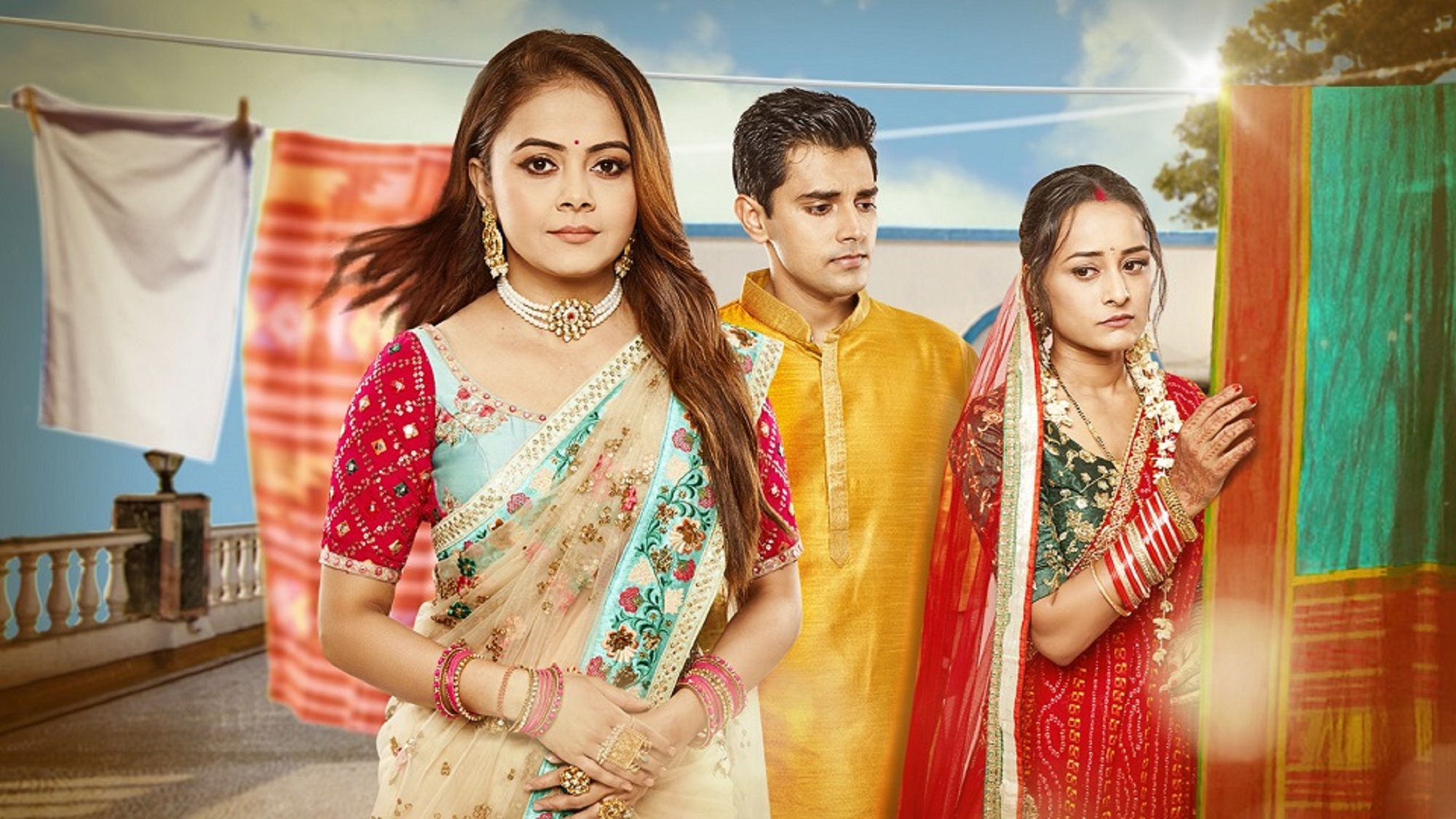 When the Sesais ill-treat their maid, Gehna, their youngest son Anant turns out to be her only support. Can he help Gehna find her rightful place? Gehna, a young girl, works as domestic help for the Desai family. Despite being ill-treated by them, she continues to show kindness. Soon, she finds Anant coming to her defence.

If you want to know more about the serial, you can also watch it on Star Plus at 9:00 pm or else on Hotstar. 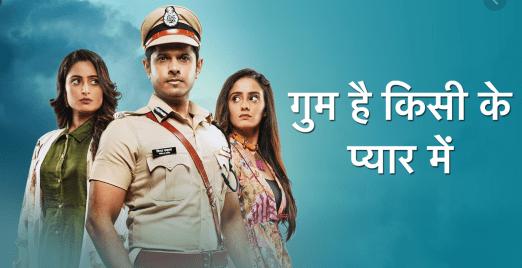 Ghum Hai Kisikey Pyaar Meiin is the best rated tv series on Hotstar which is about a man, Virat who sacrifices his love to acknowledge his commitment to a sick man. Caught between the past and the present, will he discover love beyond the strings of duty? Well for this you must watch the TV serial on Starplus at 8 PM and anytime on Hotstar. 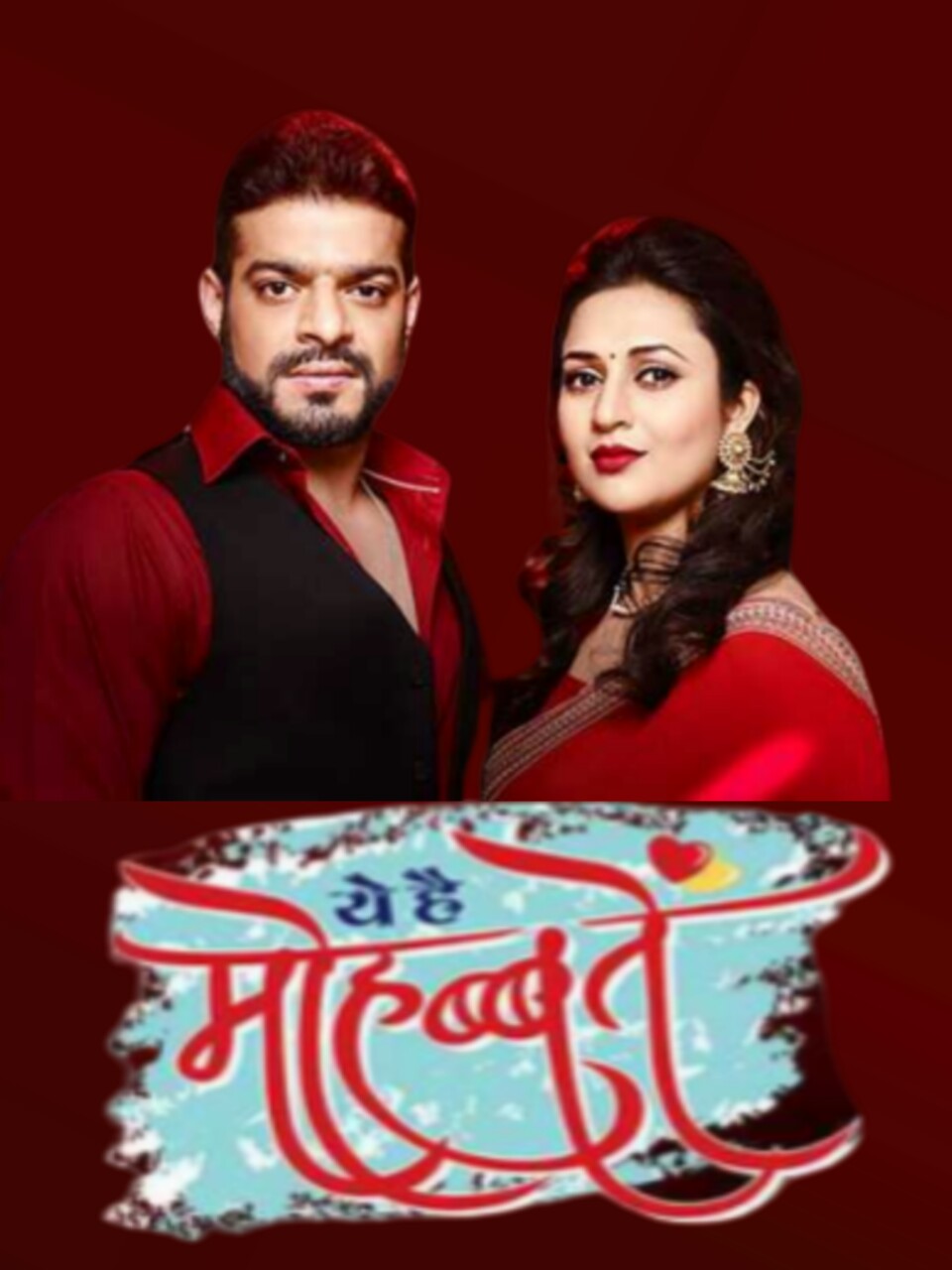 Yeh Hai Mohabbatein is one of the common loved and Hotstar tv series India to be watched as it has shown the love of a mother and daughter. The Ishi Ma serial is now not coming with the new episodes, but all the episodes are available on Histar for you all to watch. 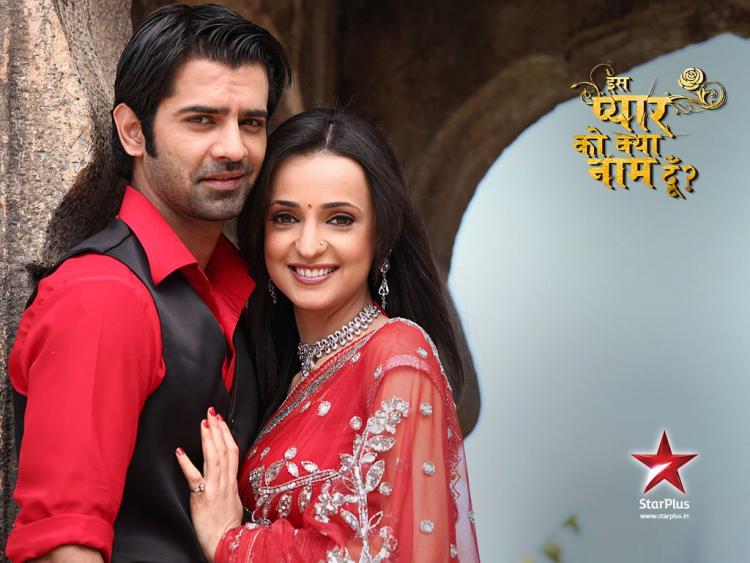 Iss Pyar Ko Kya Naam Doon is a 2011 love story which you can now watch on Hotstar. This serial has earned a lot of popularity in demand to be back on TV with some new episodes. But now all the episodes are available on Disney+ Hotstar. The story between Arnav and Khushi is the best comedy tv series on Hotstar.

Arnav, a prosperous business tycoon, chooses to break Khushi's character after thinking she attacked one of his events. The latter suffer for the sins she did not commit.

The story depicts the romance between a business tycoon Arnav Singh Raizada, and a middle-class girl from Lucknow, Khushi Kumari Gupta.

Khushi falls into Arnav in Lucknow after badly breaking one of his promotional fashion events and keeping her duties for her sister Payal's wedding, leading to its cancellation. Rebuked by society, the sisters' parents send them to live with their paternal aunt in Delhi. 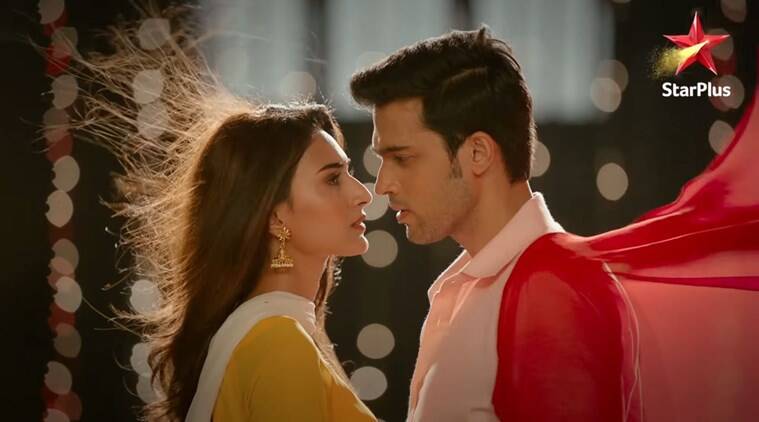 Kasautii Zindagii Kay has recently come up with the second season on StarPlus, but now the serial has ended after lockdown. But let me tell you it is one of the best Hotstar tv-series India you can watch on Hotstar. If you think you cannot watch it on repeat, you are wrong as you can watch anytime anywhere and as many times you want.

Anurag Basu and Prerna Sharma have each other's hearts for life. However, their future relationship is left hanging in the balance after being put to the test time and again. 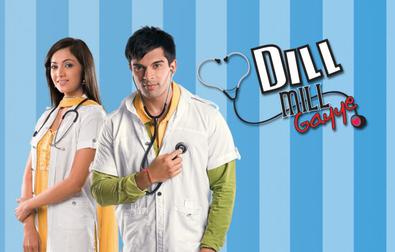 Dill Mill Gayye was one of the best series when we all were small, and we loved to watch it on Star Plus but now when we can't watch it on TV because it got over. We can now watch it again on Hotstar anytime. Young, ambitious medical interns join Sanjeevani in dreams of growing the most qualified doctors. They go through many tests and trials and try to achieve their professional and private lives.

The show tracks the lives of surgical interns and resident doctors of Sanjeevani hospital. It distributes with the demands, drama, romance, interpersonal relations and happiness in their lives.

At the show's start, the doctors are Dr Armaan Malik, Dr Anjali Gupta, Dr Atul Joshi, Dr Riddhima Gupta, and Dr Sapna Shah. Dr Shashank Gupta is head of the hospital and the father of Anjali and Riddhima. 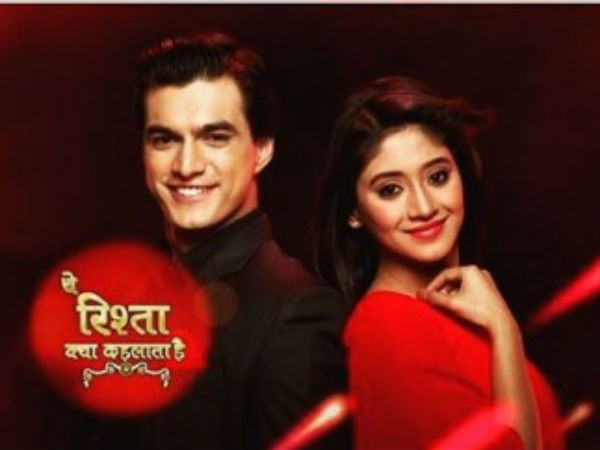 Yeh Rishta Kya Kehlata Hai is about Naira and Kartik and on their honeymoon in Greece, a flirty Kartik and a bold Naira profess to be foreigners and try to woo each other all over again. This TV serial is a very old one, but it is continued with the new twists and turns.

You can watch Yeh Rishta Kya Kehlata Hai on Star Plus, and if you missed watching it on your TV, then you can watch the yeh Rishta kya kehlata hai episode on Hotstar anytime.

Shaadi Mubarak is one of the best tv shows Hotstar India. It is about two wedding planners, who have different characters, attempt together as business associates to conduct a wedding bureau.

Things take a twist when Keertan's ex-wife, Nandini reappears after 17 years but a violent Keertan doesn't trust her and marries Preeti.

After their marriage, Preeti loses her love for Keertan by attempting to meet him and Nandini as she seems like she has come in between them.

How To Watch Best TV Series On Hotstar India?

Here below we have made a list of best tv series on Hotstar premium Hindi in genre crime for you all to watch. We all know there are many people who love watching Crime TV Series so for you all we have made this list.

How To Get Hotstar Premium For Free?

So this was all about the Best TV Series on Hotstar for you all to watch. These web series are indeed one of the best ones to watch now.

Q1. Which is the Best TV Series On Hotstar?

Q2. Which is the best thriller tv series on Hotstar?

A2. The best thriller tv series on Hotstar is the Hostages Season 1 and Season 2, Aarya, Ek Bhram - Sarvagun Sampanna, and many more