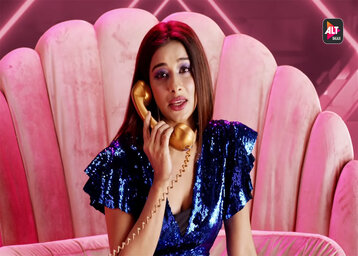 As we all know that the digital media and Indian web series have become one of the fastest-growing entertainment. The OTT platforms such as Amazon Prime, Disney+Hotstar, Netflix, Zee5, and Alt Balaji have some great web series worth watching and keeping us hooked to the screens.

Nowadays people are watching more web series than movies, and TV serials as the content is very good and entertaining. Every month comes with new web series and movies. We are giving you the upcoming web series in February 2021 with their release date genre and the platform. Let’s check out.

You can also check out the Upcoming Hindi Web series in 2021 by clicking here. 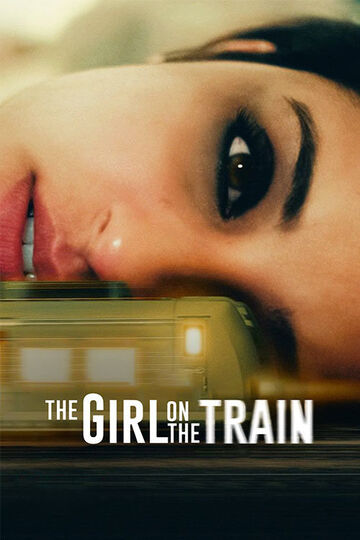 These are the upcoming web series in Feb 2021, Get their release date, genre, and platform.

Review of Indian Web Series to Watch in February 2021

Get detailed information about the upcoming web series in Feb 2021 here. If you want to know more about the Bliss Movie, then CLICK HERE.

After the huge success of Mum Bhai, Bichhoo Ka Khel, and the Dark 7 White, the brand is bringing the all new series named LSD the Love Scandal and Doctors. The is the Upcoming web series to stream in February 2021.

It is going to release on 5 February 2021 as the teaser for the same is shared on the social media platform. The teaser shows a sneak peak into what seems to be a thrilling series based in the life of some doctors. Mainly the web series will feature the scandalous life of hospital personnel and the crime they commit to climb up the professional ladder.

The very well known Kajal Aggarwal is all set to make her digital debut with the director Venkat Prabhu’s upcoming web series Live Telecast. The trailer for the web series has already been released on January 29 and as per the makes it will be available on February 12 on Disney+Hotstar.

The trailer shows the kajal Aggarwal and her colleagues getting trapped in a haunted house with some supernatural elements. As the Kajal she always looks for the role that takes her out og the comfort zone and this web series done that very well. The web series is coming with Vaibhav Reddy, Kayal Anandhi, Priyanka, Selva, Daniel Annie Pope and Subbu Panchu Arunachalam in supporting roles.

This web series is about to release on the 1st Feb, but the same has been postponed. The director Ekta Kapoor unveiled the ensemble cast of the Crashh on this social media platform with the post stated One Crashh.

This is the story of the brother sister's love and emotions. It is the saga of sibling love and the pain of being separated at the young age. This one is coming under the Balaji Telefilms with the starcast of Alia played by Kunj Anand, Rohan Mehra, Aditi Sharma, and Anushka Sen. It is expected  that this web series is going to release on 14th February 2021.

4. The Girl on the Train

Actress Parineeti Chopra will be next starring in an upcoming thriller, “The Girl on the Train” directed by Ribhu DasGupta. It is also revealed that this is going to release on Netflix on February 26, 2021. This series will bring both terms of the mentions and mysteries that will be able to deliver a thriller.

This web series is expected to be released in May 2020, but as the pandemic is going, the web series was postponed this year. The very first gripping teaser was unveiled on January 13, 2021. It is one of the upcoming web series on Netflix India.

The Disney+Hotstar recently announced the Top indian web series coming in february 2021 starring Abhay  Deol in the lead role. It will premiere on February 26  and the first teaser of the same release on the 72th Republic day. "No better occasion than our Republic Day to salute our jawans and warriors who tirelessly protect us round the clock.  As a tribute, I am happy to release the first look of '1962: The War In The Hills'," Deol said in a statement.

Directed by Mahesh Majrekar, this web series is based on the true event that happened in November 1962 aa it narrates the untold tale of bravery and valour.

The season 2 of Jamai is all set to enerain the lovers once again and Ravi Dubey and Nia Sharma will once again set to take screens ablaze. Ravi Dubey is an altogether different way to the specific  project.

the script of the latest teaser of Jamai 2.0 Season 2! Another aspect about Jamai 2.0 is that Ravi had also lent his voice for the title track earlier. This web series is going to release on 26 February 2021 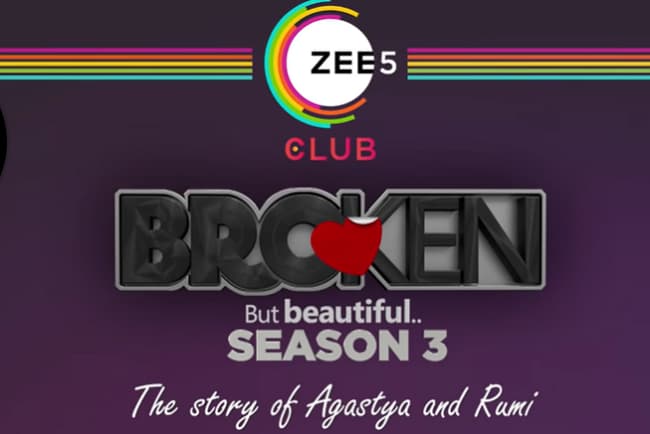 Big Boss 13 winner Sidharth Shukla is all set to make her digital debut with the Broken But Beautiful season 3.  Shukla will share screen space with Sonia Rathee in the Ekta Kapoor-backed web series.  Ekta made the statement that they will reveal the cats of Broken But Beautiful 3 on Instagram.

The video features Shukla and Rathee singing the song, and it is more powerful to fall out of love than love. The brand was launched in 2018, and the audience much loved the second season in 2019 with Vikrant Massey and Harleen Sethi as Veer and Sameera. This upcoming season’s release date is not announced yet, but it was expected to release in February 2021.

Release Date-  Not announced yet. 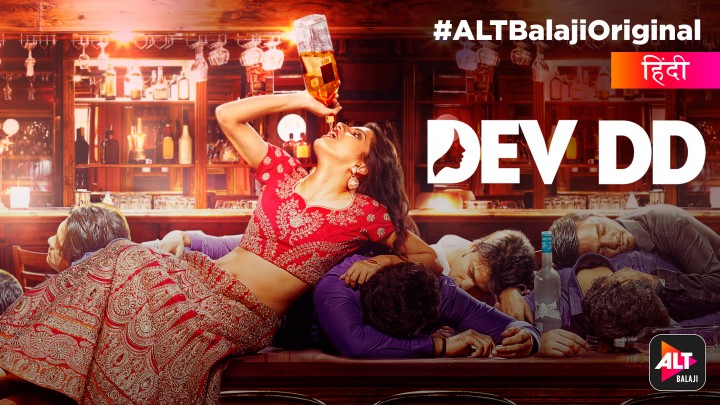 After the success of Dev DD’s season one, the brand is looking for the new season expected to come in Feb 2021. The series is going to release on the Alt Balaj and Zee5.

The second season’s cast will be Asheema Vardaan, Sanjay Suri, Aman Uppal, Nauheed Cyrusi, and Ruman Molla. This one is based on the novel about the modern young woman trying their best to break the stereotypes about how an Indian female is supposed to be. As we all know, the first season comes with 11 episodes; we are expecting the same as the confirmation for the same is not given yet. It is one of the best upcoming web series as expected in Feb 2021. 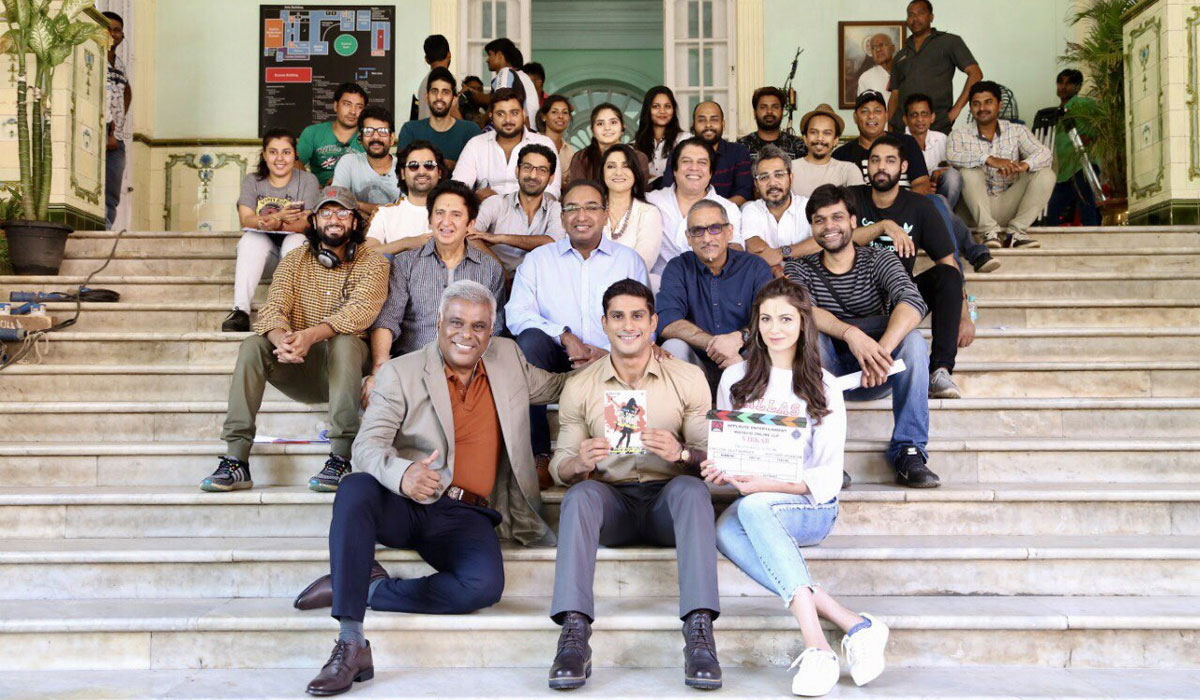 Applause Entertainment is coming with a new web series with the name of Virkar which is going to be released in February 2021. It is a crime-thriller based on a book called Anti-Social Network. In which an inspector Virkar by Piyush Jha. The story in the book is set in Mumbai, where a number of college students are getting gruesomely murdered across the city. When Inspector Virkar from the Crime Branch starts his investigation he comes across a group of ruthless, young, tech-savvy miscreants who use social networking sites and the Internet for blackmail and sextortion.

‘Virkar Vs The Antisocial Network’ that will launch on MX Player is a murky, intriguing crime-thriller, a genre that is being loved the most by the audience these days. And given the track record of Applause Entertainment this one has the potential of making a gripping, edge of the seat watch.

I hope this information about the upcoming web series will help you choose the right one and you can also check out the best upcoming series in March by Clicking Here.

Hello jee, The Family Man 2, and The Girl on the Train, the upcoming web series in Feb 2021.

Q. Which is the upcoming web series on Netflix India?

The Girl on the Train starring Parineeti Chopra Is the upcoming web series on Netflix India.