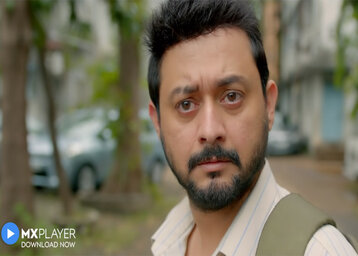 Web series are now ruling the Indian cinema with great content and cast. Samantar Season one is one of the best MX Player web series directed by Satish Rajwade.  The first season of Samantar came out in March 2020, and it is all about an atheist whose life drastically changed when he started his journey to find Sudharshan Chakrapani.

Now the second season of Samantar is coming this year, and the trailer is out for the same. This web series was expected to release in March 2021 but was delayed due to COVID-19. So let’s check the complete details about the Samantar Season 2 Release date, cast, and full story detail.

Also, check out the Upcoming Hindi Web Series in 2021 by clicking here. The first season of Samantar came out last year on 13th March 2020, and it became one of the nail-biting suspense stories for the fans. Now the fans eagerly await the second season, which was all set to release in March 2021.

But due to the COVID-19 and other reasons, The official release date of this Samantar season 2 is 1st July 2021, and this web series will release on MX Player. The trailer for the same is out.

This upcoming web series season is all about Kumar Mahajan, who is quite depressed in life. It is all about the middle-class man and him unable to meet the demands of his wife and children.

Let’s check out the trailer of Samantar Season 2 here. MX Player is a free platform now with no need to pay any amount to watch this season. Season one left with lots of suspense and what Kumar will do next and what he had learned from the book. We all are waiting for the answers to these questions from this upcoming season. Season 2 comes with ten episodes.

Season one came with nine episodes, and here they are.

This upcoming web series season is directed by Sameer Vidwans.

MX Player has already dropped the trailer for the Samantar  Season 2 on the official Youtube channel. So now you get all the details about how they change the future and how Mahajan tries to settle his messy life.

This is all about the upcoming web series, season 2, which will release on 1st July 2021. The story for the Samantar Season 2 starts where season one ended. It is one of the best thriller and drama series on MX Player. It is available in Hindi and Marathi languages in India.

We hope this information will help you to know more about this upcoming series season.

Also, check out the Inside Edge Season 3 release date by clicking here.

Q.  Can we Watch the Samanatar Season 2 series with family?

Yes, you can; most of them are not that much of an adult web series, but nowadays, web series comes with lots of smoking, drinking, and sexual scenes, making this series into an adult series.

Q. How many episodes are there in Samantar season 2?

Season one has nine episodes, and the second season comes with ten episodes.