How to Watch Inside Edge Season 3 for free? 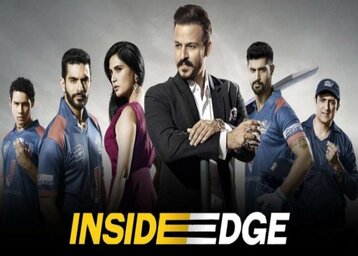 Inside Edge is one of the earliest web shows in the Indian digital landscape as it premiered in 2017 and received massive acclaim from critics and audiences. The first season is all about dark drama combined with cricketing elements makes it worth watching. The second season hit the digital screen in 2019, and the audience loved the performance, and now we all are waiting for season 3.

Amazon Prime has renewed the show for the third season, and it is live. On June 21, 2021, Amazon Prime Video announced this. So let’s check out the complete details about how to watch Inside Edge Season 3 for free? Richa Chadha and Vivek Oberoi took their social media to account by making promises for more cricket, more drama, and more entertainment for their fans. The third edition of Inside Edge will be produced by Ritesh Sidhwani and Farhan Akhtar and directed by Kanishk Varma.

The release for the third edition of Inside Edge is on 3rd December 2021. The show was listed to be released in 2020, but due to the COVD-19, there is a delay in production. But after all, it has been released.

The trailer for the third season is here, check it out.

The second season ends with a fantastic cliffhanger and has kept the audience excited for the third season, and the Mumbai Maverick’s dark and thriller journey will continue.

How to watch Inside Edge Season 3 for free?

You can watch Inside Edge season 3 for free if you are an Airtel customer, you can use the prepaid plan of Rs. 349, 299 in which you will get the Amazon Prime membership for free mobile edition for 28 days.

If you are a Vodafone-idea customer, then you can also watch the Inside Edge Season 3 by using some recharges. Recharge of 499, 699, 1099 offers free Amazon Prime membership. You can watch season 3 of Inside Edge here for free.

We share the core cast and are likely to remain the same as the two seasons.  Also, check out how to watch Amazon Prime for free by clicking here.

It is one of the best shows of its time. The season 3 filming is complete, and post-production work is in full swing. Amazon Prime asks the producer to make some changes in the show before the release and finally it is coming in this December 2021.

Inside Edge is one of the best shows on Amazon, and it is full of drama, thrill, and what happens behind the darkroom and shows the dark side of the cricket world.

This is all about the upcoming web series season of Inside Edge. The release date of this upcoming web series is out and it is coming on the 3rd of December 2021 and it is showing the dark side of the cricket world that includes match-fixing and sports politics and the involvement of the entertainment industry in it.

If you are a cricket fan and love watching thrillers, you should check the first two seasons, and you will love the third one.

You can also check out the upcoming web series in December 2021 by clicking here.

Q. Will Season 3 of Inside Edge come?

The Inside Edge Season 3 is now back as Amazon India took its social media platform to announce it on 21st June 2021 and it is coming on 3rd of December 2021.

Q. What is the release date of Inside Edge Season 3?

As the third season is coming, it is confirmed and it is coming on the 3rd of December 2021.

Q. Is inside edge a real story?

No, it is not based on the real story.