How to Watch Your Honor Web Series For Free?

Watch the latest SonyLiv Original Series Your Honor For Free. 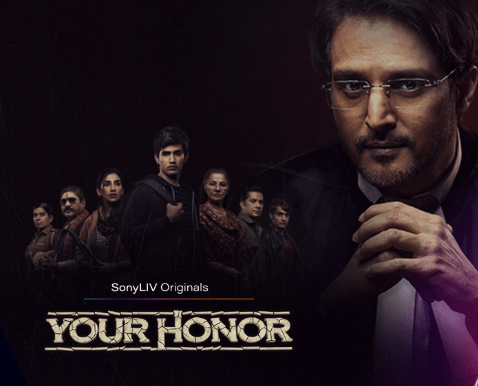 Sony Liv is the latest to join the web series bandwagon. The streaming platform has three new originals. The first of the three shows is Your Honor starring Jimmy Shergill. If you are planning to watch the all-new Sony Liv Original series, here are more details on How to watch Your Honor web series for free.

Also get details on Your Honor Series release date, cast, trailer and more. Other web series to release this week is LalBazaar, for more details on the upcoming series click here

Note: Use coupon code OMG3 to get 5% off on SonyLiv Premium Subscription.

In the series, Jimmy Shergill plays the role of an honest, upright, and reputed judger, Bishen Khosla. It is an adaptation of popular Israeli show Kvodo. The story is set in Ludhiana. The honest judge loses his sense of judgement when his son is involved in a hit and run case.

The accident victim is the son of a gangster. Pulkit Makol is convincing as the unlikable Abeer. The court drama is engaging with the power-packed performances from all the cast.

How to Watch Your Honor Web Series?

The web series is available on Sony Liv. To watch the Sony Liv Original series you need a premium subscription. Recently, the streaming platform increased its subscription cost. The platform recently rolled out a new interface and logo.

SonyLiv is looking for a complete facelift with originals and premieres to make a place in the growing OTT market. If you have already subscribed to Sonyliv you can watch Your Honor web series using your existing subscription.

How to Watch Your Honor Web Series For Free?

How to Download Your Honor Web Series For Free?

Your Honor Web Series All Episodes

Episode 7 - Cause and Effect

So with SonyLiv Originals, you have more choice for digital entertainment. The streaming platform has had a facelift recently. SonyLiv has also increased the cost of its membership plans.

What is the price of SonyLiv Premium?

How to get SonyLiv For Free?

You can get SonyLiv membership for free with Flipkart Super Coins. Vodafone Postpaid users also get free access to SonyLiv Premium content.