How to watch RejctX2 Web Series Online For Free? 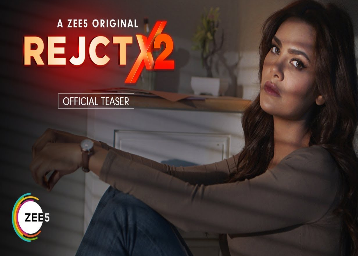 The musical web series has grabbed the attention of viewers while keeping them quite curious with its twists and thrill. The release of RejectX Season 2 was announced before the commencement of the first season. Now, season 2 of the web series is all set for release on Zee5. Meanwhile, Baarish Season 2 is streaming online and you can watch all episodes.

Esha Gupta will be seen exploring the truths and secrets behind every character on REJCTX season 2. In the recently released teaser, the actor can be seen in some nail-biting scenes. She will also be seen doing a few action sequences in the show.

Recently, Esha Gupta released a teaser of REJCTX' season 2. The teaser promises to be a thrilling and exciting watch for the viewers. Esha Gupta took to her social media to share the teaser for her web series, REJCTX season 2. She is a part of the second season of the thriller series that will be soon made available on the OTT platform, Zee 5.

The web series will be soon out on the streaming platform Zee5. In fact, a release date has been announced as well. RejctX Season 2 release date on Zee5 is 14th May.

In the current scenario, there is a great demand for streaming platform worldwide. Therefore the streaming platforms are coming up with new and interesting content regularly. RejectX Season 2 is the latest web series on Zee5 that starts streaming on 14th May 2020.

To watch the latest content on Zee5 you need the premium membership. However, there are a few tricks that help you watch the content for free as well. Vodafone users get free access to Zee5 premium content via Vodafone Play.

Recently, Airtel also announced free access to Zee5 premium for its select prepaid and postpaid users. The offer is valid on unlimited plans of the telecom operator. Airtel Zee5 offer is valid till 12th July. You can activate free subscription via Airtel Thanks app.

Once you have started your free trial, you can also download the web series for free using Zee5 app. With the option, the streaming app allows users to download all episodes one by one.

So that’s all about RejctX Season 2. The crime and thriller series will be soon streaming on Zee5. Using the same method you can also watch and download season 1 of the RejctX web series on Zee5.

How to Watch Zee5 For Free?

Airtel has announced free membership of Zee5 unlimited plan for its select prepaid and postpaid plans. You can watch Zee5 premium content for free.

What is Airtel Zee5 Offer?

Zee5 premium subscription is Rs. 99 per month. While the yearly subscription of the OTT platform costs Rs. 999.