How to Watch ‘Operation Parindey’ Series For Free?

Operation Parindey, Zee5 Original released on 7th March. Check how to watch and download the web series for Free. 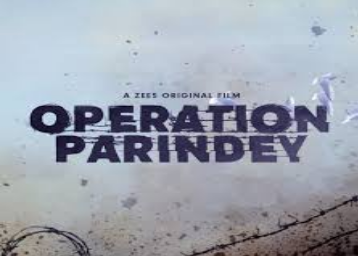 We have an excellent recommendation to binge this weekend. Operation Parindey web series is releasing this week on Zee5. It is the upcoming series on Zee5 after Code M, that released on 15th January. Here, we tell you how to watch the upcoming web series for free.

Update: The web series is re-scheduled to release on 7th March.

The web series will be released on 28th January. The action-thriller is based on events post-surgical strikes. The film is shot across Punjab and Mumbai. The story is inspired by a true-life event. Operation Parindey will be available on Zee5.

If you like the plot of this action thriller, you can watch it for free with Vodafone Play. Vodafone play is your one-stop destination to enjoy your favourite content - Live TV, popular shows, latest movies, and web series.

With Vodafone Play, you also get access to the latest content available on Zee5. So, you can watch your favorite Zee5 content for free with the Vodafone Play app.

How to Watch Operation Parindey Free on Vodafone Play

The download option is available for select content on the Vodafone Play app. Similar to popular OTT platforms such as Netflix and Prime Video, you can watch your favourite shows also in offline mode.

Operation Parindey is an original film directed by Sanjay Gadhvi. The original film is a fictional account of the event post-surgical strikes. The edge of the seat thriller features Amit Sadh, Rahul Dev, Ameet Gaurr, Kunal Kumar, and Aakash Dahiya amongst others.

The amazing star cast is all set to take the audience on a rollercoaster ride with the upcoming series on Zee5. Operation Parindey is a thriller set to release on 28th January, and you watch the original film for free as well.

Does Zee5 work outside India?

Zee5 works in international markets such as international channels in the US, South America, Africa, South East Asia, and Russia. The subscription cost will vary from $2-10 per month outside India.

No, Zee5 is a subscription-based available in monthly and yearly subscription plans. The digital content provider is a one-stop destination for Zee5 originals, music videos, TV shows and more.

Stream Zee5 shows on TV via Chromecast. Zee5 app is available on Play Store as well as the App Store.