If you are someone who is looking forward to watching Mirzapur Web Series for free then this article is for you. 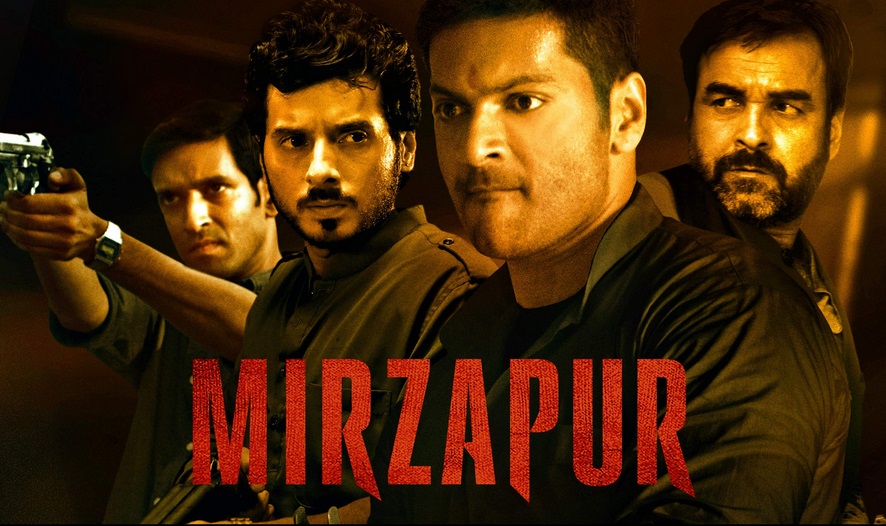 Mirzapur is a work of fiction that tells the tale in the settings of Mirzapur, a city in Uttar Pradesh. The series gained a lot of reputation and positive feedback from the general audience. The fictional story will take you through a rollercoaster ride of characters and some violent action sequences. The series made a mark over the Indian audience.

If you wish to watch Mirzapur for free in HD quality then there is only one option, Amazon Prime Video. The Web Series Mirzapur is an Amazon exclusive, therefore, it is the only legit way of watching the series at the best quality.

Amazon Prime Video is offering free one month of the trial period. It means that you can watch the series Mirzapur for free in High Definition with a free one-month subscription of Prime Video.

If you like the Prime Video service then you can keep it otherwise withdraw from it. To get your one-month free subscription, follow the steps below. If you want to know more about How To Watch The Big Bang Theory Series For Free? then CLICK HERE.

Mirzapur series can be downloaded for free in HD quality also. Therefore in order to download the series follow the steps below: The characters of Guddu and Bablu has been played by Ali Fazal and Vikrant Massey. Kaleen Bhaiya aka Akhandanand Tripathi is a carpet dealer in the sight of the officials and the local population.

Although, his real business involves drug trafficking of Opium and selling of “Katta” which is a local hand made gun. Mirzapur is ruled by Kaleen Bhaiya while his son creates ruckus in the city.

Here, comes the protagonist of the stories Guddu and Bablu. The story takes a turn when Munna Bhaiya is beaten by both Guddu and Bablu. Although, both of these B.Com dropouts are not destined to be good guys.

It is an intriguing tale of good turning bad and bad turning worst. All the episodes have something in store for you and something left for your curiosity to fill in.

The much anticipated Web Series Mirzapur released on 16th November 2018. All the episodes for the series were released on the same day. The series production was backed by Ritesh Sidhwani and Farhan Akhtar. Both of them were the executive producers on the series. Mirzapur has also been developed in the production house of Excel Movies.

The Web Series don’t have any songs integrated as such but it has a great background score that amps up your experience. Most of these background scores are so captivating that they ring a bell inside your head after you are done watching the episode. We have mentioned the list of background scores used in the series. 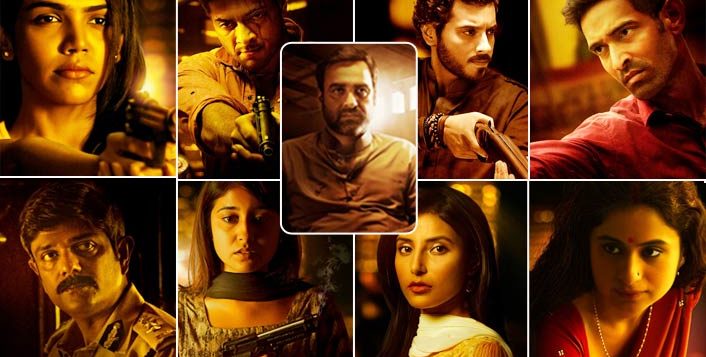 This anthology of nine episodes is made in the settings of Uttar Pradesh in the city of Mirzapur. Mirzapur is a gritty, gory, and dark fictional tale of the named place.

The series itself starts with a bridegroom getting shot in the eyes, it is visual. The series doesn’t shy away from showing the brutal nature and the gore created by the characters.

Each and everything be it slitting a throat or shooting someone on the head has been shown on screen. In one of the scenes, you can witness a man’s gut shredded into pieces because of the constant bullet firing over the stomach.

A lot of people thought that it would be a take on the violence carried out in the state. Although, that is not the story instead of the Web Series Mirzapur sort of glorifies it.

Being unapologetic to each and every nuance threw on the screen, the series gets you gripped and paves its way till the end of the first instalment.

Star Performance: This is by far not the best casting but then you will develop a likeability in terms of the characters with each and every actor.

I personally felt the character of Divyendu Sharma though doing ample justice to the character doesn’t look menacing. Although a couple of characters do take some time to develop inside your head once you are hooked, you’ll stick to the series.

Pankaj Tripathi truly steals the show with his presence. His abuse feels sweet, menacing, and very convincing which is very hard to portray. Also, both actors Ali Fazal and Vikrant Massey have done a great job. I still mimic the character of Guddu, he is so much on your nerve.

Although, Bablu is an understated character and shines throughout with his realistic performance. Special mention to Rasika Duggal who steals the show during her time on screen.

It is for the first time that a woman has been portrayed as a sexual being in any series in India and well she does justice to the character and gets your applaud.

Writing & Screenplay: Besides having a couple of plotholes, the writing of the series is what makes the story further. Each and every character along with their nuance has been so well written that you sort of understand their personality.

The nine episodes in the series step up and tell the story word by word and phrase by phrase. The writing and the screenplay of the series is one of the highlights.

I won’t compare it with Sacred Games but if the writing wouldn’t have been good then Mirzapur would only be a nine episodes massacre.

Direction: It is very raw and unapologetic in its nature. All the characters have been so well directed. There are times when anxiety hits you. I am into blood and gore when it comes to movies but there was some sheer moment of nervousness.

You sometimes even wish that the gore should take offscreen but that is when the series hits you in the head. In one of the scene, you somehow feel the character’s difficulty in taking a life for the first time.

Although, also understand how he develops a taste for it. The direction will surely remind you of Anurag Kashyap but even he seems less gory in comparison. Overall, I would say that the vision of the director is really good and forces you to complete the story in one go.

Final Verdict: As mentioned before the series Mirzapur is violent and is surely not for the faint of hearts. If you are in for some really good story, great acting, and direction but doesn’t mind the gore then this series is definitely for you.

The series won’t stop at anything and makes an impact, my only concern for the general audience is the violence and the cussing that happens over the screen. Otherwise, it is a great watch and holds you until the end.

Amazon Prime Video is a service by Amazon which comes with the Prime Membership of the website.  It is a collective of many great movies, American Shows, Indian Shows, and various Amazon Prime Exclusives.

After Inside Edge and Breathe, it is the third series that comes in a lot of Amazon Exclusives. The only legit way of watching the series is by getting a prime subscription.

After the launch of the first season of Mirzapur, the series was binge-watched by many. The second season for the show was in development. Mirzapur Season 2 was announced instantly after the success of the first season. Pankaj Tripathi, Shweta Tripathi, Rasika Dugal, Harshita Gaur, Amit Sial, Anjum Sharma, Sheeba Chaddha, Manu Rishi Chadha and Rajesh Tailang will reprise their roles. While Vijay Varma, Priyanshu Painyuli and Isha Talwar join the cast.

What is the “Mirzapur” Season 2 Release Date?

The web series premiered on October 23, 2020. The release date was announced via a teaser. At the end of season one, we saw how Munna betrayed Guddu by killing his brother Bablu and his wife sweety. Season 2 will be how Guddu takes revenge for the death of his brother. Pankaj Tripathi, Shweta Tripathi, Rasika Dugal, Harshita Gaur, Amit Sial, Anjum Sharma, Sheeba Chaddha, Manu Rishi Chadha and Rajesh Tailang will reprise their roles. While Vijay Varma, Priyanshu Painyuli and Isha Talwar join the cast.

So this was some insight on Mirzapur Web Series Cast, Release Date, Review, and Season 2. We hope that  the article may have been of some help to you. Also, Thank you for reading it until the end.

Will there be a season 2 of Mirzapur?
Amazon Prime Video has already announced the release date for Mirzapur Season 2. The web series premiered on 23rd October 2020.

Why Mirzapur 3 is not releasing?
The 3rd season was delayed due to COVID19. Meanwhile, Amazon Prime Prime Video has comfired the upcoming series.