How to Watch Broken But Beautiful Season 3 for Free? 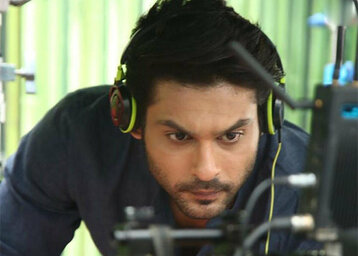 The wait for Broken but Beautiful season 3 is over as the fresh new trailer has been released, and it is looking fabulous. The lead role is played by the Big Boss 13 Winner Sidharth Shukla as Agastya Rao. This web series is one of the most awaited web series in the past year as the audience is assuming the duo of Sidharth Shukla and Shehnaz Gill, but it comes with Sid and Sonia Rathee.

Indian web series is coming with tremendous content and new talent. This web series is all about heartbreak, love, lust, and more. Let’s check out the complete details about How to watch Broken But Beautiful Season 3 for free? This web series is coming on 29th May 2021 on ALTBalaji and Zee5 OTT platform.

Sidharth Shukla is all set to take the role of an angry young man in this web series as he shared the trailer of this web series on his Instagram account by saying, “ Sometimes, falling out of love can be more empowering than falling in love.”

It is a story about heartbreak, longing, love, lust, and no-strings-attached relationships but soon cupid them, leading to full twists and turns in their lives. Check out How to watch Ek Mini Katha online for free by clicking here.

To check out an article on How To Get Hoichoi Free Subscription, Click here.

Check out the Broken But Beautiful season 3 trailer here.

The trailer gives a glimpse of their fiery love-hate relationship. Right before the trailer is about to end, we are introduced to Vikrant Massey and Harleen Sethi, who was seen in the previous season of Broken But Beautiful. They will be seen in a cameo in the new season of Ekta Kapoor’s production venture. The trailer leaves us intrigued and asking for more.

This web series will be the digital debut of the Big Boss 13 winner Sidharth Shukla as Agastya Rao, the angry young man. The actor is known for his role in Balika Vadhu and Dil se Dil Tak, and he gained a massive fan following his participation in Big Boss 13.

The producer Ekta Kapoor said this one is quite different from all romantic web series, as it is all about falling out of love.

Check out the complete star cast with producer and director of this upcoming web series.

Furthermore, the characters of this upcoming web series have not been disclosed.

How to Watch Broken But Beautiful Season 3 for Free

This is all about the upcoming web series Broken But Beautiful Season 3 t in which Sidharth Shukla, the Big Boss 13 winner, will be seen in the lead role. The fans are very excited to see the digital debut with one of the most romantic web series seasons. But as per the information, this one is not going to be a romantic one; this is all about falling out of love.

We hope this information about this Indian Web series 2021 will help to provide the complete details.

Also, check out the upcoming web series in May 2021 by clicking here.

Q.  Will there be a season 3 of broken but beautiful?

Yes, the third season is coming on 29th May 2021 this year, with Sidharth Shukla in the lead role.

Q. How many episodes in Broken but beautiful season 3?

There are no such details available for the episodes of this coming season.