How to Watch 'Broken But Beautiful Season 2' For Free? 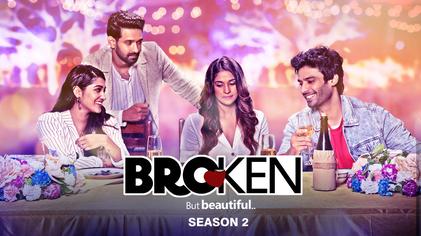 Broken But Beautiful 2 is all about handling messy relationships and messier situations. There is also 3rd season which premiered in May 2021.

How to Watch Broken But Beautiful for Free

The show is available on Zee5 and ALTBalaji. Both platforms are paid and you need a paid subscription to watch premier content. However, You can also watch season 1 & Season 3 on Mx Player for free. While the season 1 is also available on Jio Cinema.

Steps to Watch Broken But Beautiful 2 For Free on ALTBalaji

Broken But Beautiful 2 All Episodes

Episode1: I Made You Up Inside My Head

Episode 2: Happily Ever After

Episode 6: Loves Me, Loves Me Not

Season 2 of the show has a total of 10 episodes. So, here is one more series that you can watch for free in this chilling winter. Watch both the seasons of Broken But Beautiful for free with Vodafone Play. The series is a great watch for viewers who want some romantic drama content.

Will there be Season 4 for broken but beautiful?
The makers were expected to announce season 4 soon. However, after the demise of Siddharth Shukla, we expect that the wait for season 4 will be longer. Some reports also suggest that we may never get to see season 4.