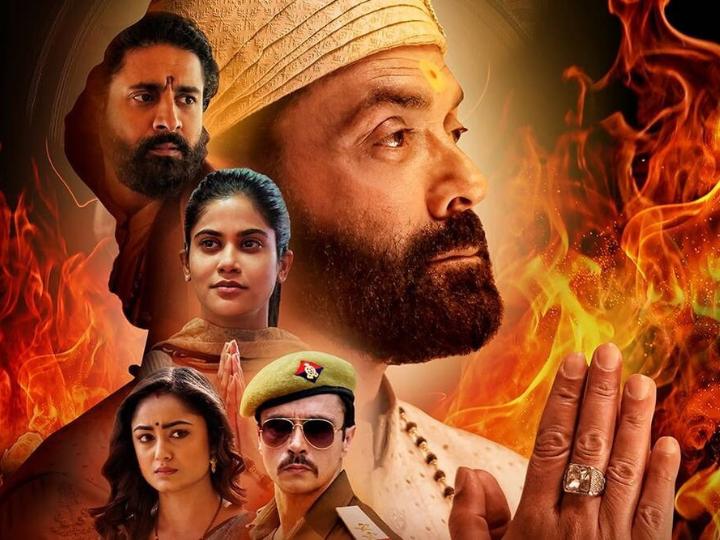 Aashram Web Series is one of the biggest web series drama streaming online. Season 1 and 2 of this series, both were a huge success now watch Aashram Season 3 Series online streaming on Mx Player.

This article will tell you how to download Aashram 3 episodes online. The web series is free to watch on MX player, but you need MX Gold subscription to download its episodes.

So let us see is it possible to download Aashram 3 episodes for free. Baba Nirala is coming back with season 3 of the Aashram web series. Watch the conman turned Godman fooling around with people's emotions and beliefs. The exploitation and crimes of innocent people are going to be harsh and unbearable this time.

The release date of Aashram Season 3 is here and it is coming on 3rd June 2022 only on MX Player.

Aashram web series is an Mx Player Original directed by Prakash Jha. This mini-series has got a great response online in India. Now the highly anticipated Season 3 of this series is coming. The trailer is soon to be released but we have a glimpse of the Aashram series here for you

Aashram 3 Mx Player Original - How to watch online for free?

If you enjoy thrillers fully loaded with action, crime, and powerful characters, then Aashram is here with its Chapter 3.  Aashram Chapter 3 mini Tv series is coming soon and you will be able to watch it for free online Mx Player.

You can watch Aashram season 3 on MX player for free. However, if you want to download episodes of the web series then you need an MX Gold subscription. The premium subscription of the MX player gives you ad-free access to content. It also gives early access to select shows.

MX Gold Subscription costs Rs. 299 for 1 year. You can also get the subscription free with Flipkart Supercoins. MX Player is also offering up to 70% off on the Gold Susbcription plan with Paytm. So if you want to download  Aashram season 3 episodes, these are the two offers available.

How to Download Aashram Season 3 Web Series For Free?

MX Player launched a Gold membership plan to provide users access to ad-free content. The susbcription is worth Rs. 299 for 1 year. You can also get MX Gold subscription free with Flipkart Supercoins.

How to watch Aashram Season 3 On Mx Player App?

If you haven’t used the Mx Player App before follow the simple steps mentioned below to watch Aashram Chapter 3 series online on Mx Player App.

Here we have the information about the whole cast and crew of Aashram. 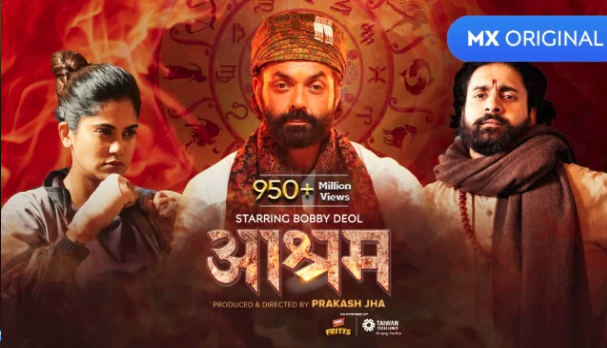 Aashram Season 3 consists of 10 episodes, each less than 1hour long. You can watch Aashram All Episodes Online on MX Player for free.

Aashram Mx Player Original Web Series has got a great response in India. This web series is directed by Prakash Jha and it has outdone itself with the outstanding performance. Aashram is a story of ‘pakhandi babas’, corrupt police officers, and dirty politics.

The webseries stunningly portrays the 'not-so-good picture of people mishandling religion and having blind trust and faith in gurus and babas for their own sake. Season 1 and season 2 are a great success in putting forward the harsh and dark reality of the self-proclaimed Godmans.

Watch this drama to understand how blind faith can destroy lives. This web series is a big eye-opener for most of the people who get swayed in the name of God.

Mx Player app is available in the Google Play Store. The app integrates all forms of entertainment. Mx Player is an offline video player and also an online streaming platform. With Mx Player, you get access to movies, tv shows, web series, music videos, etc. Mx Player has a huge collection of originals that take complete care of your entertainment needs. Samantar is one of the latest series available on MX Player.

So, now you know how you can watch the Aashram 3 web series free online. So, what are you waiting for? Tune into Mx Player and start watching Aashram Web Series today.

Q. Where can I watch Aashram Season 3 Online for Free?

You can watch Aashram Season 3 online for free on  MX PLayer originals on your desktop or smartphone. It is available on both platforms for free. The app also allows users to download content and watch it later in offline mode. this famous Indian web series is coming on 3rd June 2022 only on MX Player

Mx Player is a free app available on the Google Play store, You can download the app and watch all the content for free.

Q. How Can I Watch Mx Player Originals?

You can watch MX PLayer originals on your desktop or smartphone. It is available on both platforms for free. The app also allows users to download content and watch it later in offline mode.

Q. What is the subscription cost of Mx Player?

The app is absolutely free. You get free access to tv shows, movies, originals, web series and more. There is no subscription cost for MX player at present.

Q. Which is the best series on MX Player?

Ashram Web series is the best you can watch on MxThe story is based on fake guru, corruption, and politics. It shows how blind faith leads the way to destruction. Bobby Deol's presence as Godman is remarkable. Also, you can watch Bhaukaal, Samantar, and Madhuri Talkies.

Q. What is your review of Aashram Web series?

Aashram Mx Player Original Web Series has got a great response in India. This web series is directed by Prakash Jha and it has outdone itself with the outstanding performance. Aashram is a story of ‘pakhandi babas’, corrupt police officers, and dirty politics.