How to Watch A Simple Murder Web Series Online? 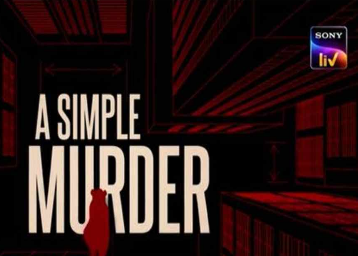 How to Watch A Simple Murder Web Series Online?

A Simple Murder is the latest web series on Sony Liv. It promises to be hilarious and murderous at the same time. The cast includes some of the best actors. Its trailer has already made us laugh. Now, if you are planning to watch A Simple Murder Web Series then we are here with the best offers that can help you save on SonyLiv Subscription charges. You can also watch the dark comedy series for free with select offers. To know more about the offers and plans keep reading ...

Another popular web series on SonyLiv is JL50. For more details on sci-fi thriller click here. 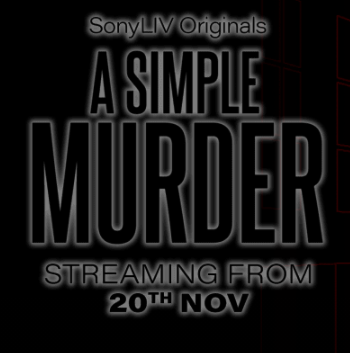 A Simple Murder an engaging watch that brings one surprising development after another.All the cast have done justice to their characters which make it a must-watch if you like dark comedies. 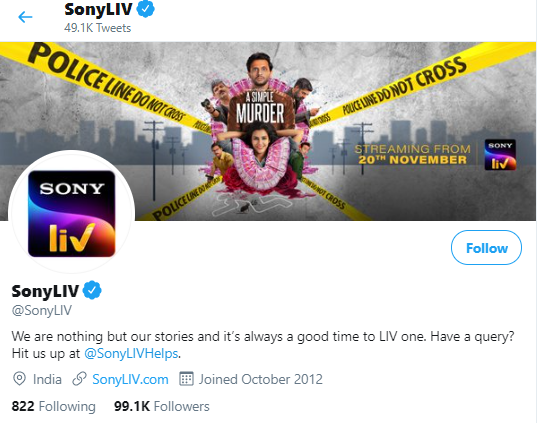 The trailer features Mohd Zeeshan Ayyub who plays a killer in the series. The roller coaster ride begins when he kills the wrong person. This leads to an onset of troubles for him. A Simple Murder is set for release on November 20. You can watch all episodes of the web series on SonyLiv.

You can watch the dark comedy series on Sony Liv. To watch the series you can subscribe to Sony Liv Premium. The streaming service provider has many affordable membership plans to help you watch your favourite content. Sony Liv Premium plans are available Rs. 299 onwards. Subscribe to any plan of choice to watch A Simple Murder Web Series Online.

How to Watch A Simple Murder Web Series Free?

You can also get SonyLiv annual subscription free with Flipkart plus. Exchange 999 coins to start your free subscription to SonyLivPremium.

The monthly subscription plan of Sony Liv Premium costs Rs. 299; while the 6-month membership plan is priced at Rs. 699. There is also yearly membership available for Rs. 999. The yearly subscription of the streaming platform seems to provide best value for money. But if you are looking for a short term solution then the 1-month subscription is great you have to pay Rs. 299 only.

Sony Liv provides additional benefits to premium members as well. To avail the subscription offers, you need to apply promo code on the check out page. Currently, you can choose from two membership offers. With the Myntra offer, you get a discount voucher worth up to Rs. 99. While the Ajio offer provides an assured discount voucher worth Rs. 1000. You can also save on SonyLiv Premium membership with the various payment offers on e-wallets such as Freecharge, Mobikwik, and Amazon Pay.

A Simple Murder web series has a stellar cast, which includes Sushant Singh, Priya Anand, Yashpal Sharma, Gopal Datt and Ayaz Khan, among others. Written by , The series is directed by Sachin Pathak and written by Prateek Payodhi. Sachin Pathak is best known for directing Rangbaaz Phirse.

A Simple Murder is the latest web series on SonyLiv. The web series is directed by Sachin Pathak. You can watch all episodes of the series with SonyLiv Premium membership. The membership comes with many benefits such as Live TV, Sports and more.

How can I get Sony Liv premium for free?

Flipkart Plus members have the option to redeem their Supercoins for yearly subscription of SonyLiv. You need 999 Supercoins to get SonyLiv Premium for free.

Is SonyLIV premium worth?

In the recent months, SonyLiv has come up with lots of fresh content for users. You can also watch live sports on the platform via Sony Sports channels. The yearly subscription cost of SonyLiv Premium is Rs. 999. While the monthly plan is Rs. 299. The monthly plan is slightly on the expensive side if you compare it with Zee5. But if you are interested in watching Live sports on SonyLiv then the premium subscription is worth it.

What is SonyLIV premium?

Watch a slew of TV channels such as Sony, Sony Max, Sony SAB, Sony Pix, and Sony SIX among others. You also get access to original shows as Scam 1992, Your Honor, and JL50 among others. SonyLIV premium subscription plans are available Rs. 299 onwards.

How can I get promo code for Sony Liv?

Go to the premium section on the Sony Liv website or app. Select a subscription plan of choice. Click on the offers to find the latest promo codes. Redeem the promo code of your choice to avail the benefits.