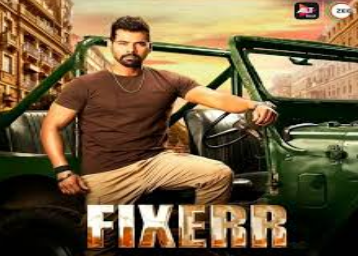 Fixerr is a popular action drama web series on Zee5. It marks the digital debut of Shabir Ahluwalia. Nowadays, more and more television actors are trying their hand in digital content. The Web series is available on ALTBalaji and Zee5.

The web series is a story of an inspector who is accused of an encounter. The accused inspector is suspended for the encounter, but he decides to take his own route to punish the criminals. Shabbir Ahluwalia plays the main lead in Fixer.

It is a good one time watch over the weekend. The web series packs some good performances and also some comic punch lines to keep you entertained. The Fixerr web series has got an 8.2 rating on IMDb. Meanwhile, The Casino web series is available on Zee5.

Fixerr web series is available on Zee5. You can watch all episodes using your Zee5 premium subscription. If you have Zee5 premium you can easily watch the web series. You can also watch if for free using Vodafone Play.

How to Watch Fixerr Web Series Online For Free?

If you are an Airtel user, you can watch Fixer web series free. The telecom operator has announced free access to Zee5 premium content till 12th July for select prepaid and postpaid users. You can activate your free subscription using Airtel Thanks app.

Once you activate your Zee5 free subscription you can download Fixer web series. From the Airtel Thanks app, you will be directed to Zee5 app where you need to choose the episode and download quality.

The web series released on 7th October 2019. It includes a total of 12 episodes. All the episodes are available on ALTBalaji and Zee5. You can watch the web series for free using the tricks given above.

With Fixerr web series another actor from the Balaji camp makes his digital debut. Shabbir can be seen in the role of an honest police officer. All the episodes are available and you can also watch for free using the tricks shared in this post.

Which is the latest web series on Zee5?

Zee5 free trial offer is not available at the time. However, you can watch premium content for free with select Airtel plans. The telecom operator recently announced free access to Zee5 for select prepaid and postpaid users.