Zee5 Short film festival to start 15th April. The OTT platform will come with nine short films during the event. 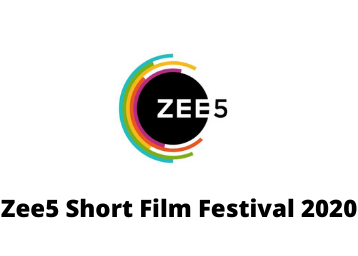 Zee5 is one of the largest OTT platforms in India. The OTT platform is hosting a short film festival with content across popular genres such as comedy, drama, thriller, family, and love. As part of the festival, a total of nine films will be released exclusively on Zee5. Here are more details about the festival and some of the short films you can watch on Zee5.

Recently, Zee5 revealed its April schedule. The OTT platform has a variety of content lined up for audiences. Bamfaad original movie released on 10th April, Now, Zee5 is ready with Short Film Festival 2020.

The short film festival on Zee5 premiers on April 15th to provide unparalleled entertainment. The date was revealed on Twitter. Zee5 short film festival will commence with Heatbeat, a film based on mercy killing. Heartbeat features Rajeev Khandelwal and Anupriya Goenka. The streaming is collaborating with many popular actors in the event.

Svah is a family drama starring Shriya Pilgaonkar, Rajit Kapur, and Shilpa Tulaskar. The short film is directed by Gauri Daswani. It is the story of a girl wanting to get married and the hurdles she has to face.

Half Full is about two men having contrasting attitudes. both are headed towards the same vertex but they come from different worlds. Half-full is directed by Karan Rawal. The movie has Vikrant Massey and Naseeruddin Shah in the lead roles. The movie is relevant to current times.

Directed by Satarupa Sanyal, How about a kiss is about the relation of a student with her professor. The movie has Rajat Kapoor and Ritabhari Chakraborty in lead roles. The 23-minute long romantic drama questions the feelings of the two characters.

A new coming of age drama is about a single father. Strawberry shake is directed by Shoneel Yallattikar. The movie has Sumit Raghavan and Hruta Durgule in lead roles. The father tells his daughter to treat him as a friend. However, things take a wrong turn when she brings her boyfriend home.

Heartbeat is an emotional movie that deals on the sensitive topic of mercy killing. The movie stars Rajeev Khandelwal and Anupriya in lead roles. The short film festival of Zee5 opens with this intense story on euthanasia.

How to Watch Zee5 Short Films Free with Vodafone Play?

Zees via a tweet announced that the short film festival will begin with Heartbut a film starring Rajeev Khandelwal and Anupriya Goenka. The streaming platform has come with a lot of content to entertain the audience during the lockdown. Recently, Zee5 Original Movie Bamfaad released which marked the debut ot Aditya Rawal.

How to Watch Zee5 Premium for free?

Get Zee5 premium subscription free with select postpaid plans of Airtel. You also get free access to Zee5 with Vodafone Play.

Which is the latest original on Zee5?

Zee5 original movie Bamfaad released on 10th April. The movie start Aaditya Rawal in the lead role. Bamfaad is a romantic drama and the movie is already receiving rave reviews.