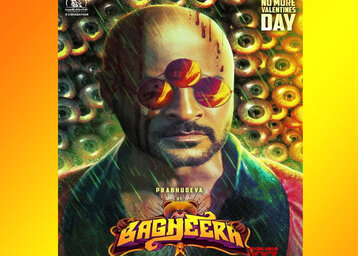 Also, check out how to watch girls hostel season 2 for free by Clicking Here.

The music label Think Music India took its social media account to release Tamil’s movie teaser. The fans are loving the new look of Prabhu Deva and waiting for the official trailer and movie release date. The team still has not announced the release date of the Tamil movie yet.

This Teaser shows Prabhu Deva as a killer who takes up multiple avatars throughout the film and introduces himself as a “Psycho Raja.” Amyra Dastur will also play an essential role in it, which previously worked with Dhanush’s 2015 romantic movie Anegan. Apart from Amyra, we will see Ramya Nambeesan, Janani Iyer, Sanchita Shetty, Gayathrie Shankar, Sakshi Agarwal, and Sonia Agarwal.

The filmmaker has been waiting for nearly 3 years for this third directorial to be out. Bharathan Pictures is the production house, and RV Bharathan has backed this project. Adhik Ravichandran is the writer and the director of this thriller film.

The trailer of Prabhu Deva’s Tamil Psycho mystery thriller movie is yet to be released as no date for the same is revealed.

As per the reports, Prabhu Deva would be romancing with 5 heroines in this movie, confirmed by the movie director Adhik Ravichandran. It is one of the Psycho mystery thriller movies that is originally supposed to be titled Kadhalan Returns but has changed to Bagheera.

The lead actor and known choreographer, last screen in Pon Manickavel, released on February 21, 2020. After this, his next movie will be Oomai Vizhigal and Theal, which will release in October 2022, as expected. Both films planned to release in 2020 across theatres but were postponed due to COVID-19.

Prabhu Deva also confirmed that he would be working with actor Salman Khan in Radhe: You’re most wanted Bhai, which will release in May 2021.

This is all about the Bagheera Teaser, and Prabhu Deva’s New look in the Tamil Psycho mystery thriller movie Adhik Ravichandran directs. The Teaser is loved by the fans, and waiting for the movie’s new official trailer and release date.

Q. When did the teaser out, and who is the director of this movie?

The teaser of Bagheera is released on 19th February 2021, and Adhik Ravichandran is the director of this Psycho mystery thriller movie.

Q. Who is in the lead role in this movie?

The famous choreographer, Actor Prabhu Deva, and Amyra Dastur are in the lead role.