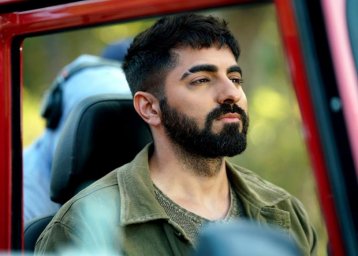 Ayushmann Khurrana’s next movie is going to release in theaters, and it has been directed by Anuhav Sinha. Both actor and director are known for making real dramatic movies over the years and this one is the second collaboration of both. Earlier, they worked together for the movie Article 15.

The shoot of the movie has been completed, and it is about to release in September 2021. The actor makes some amazing movies like Badhai Ho, Vicky Donor, Anadhdhun, and more. Let’s check out more details about Anek Movie Release Date, Trailer, cast and more here.

Also, check out the upcoming Hindi series in 2022. The actor Ayushmann Khurrana announced his upcoming movie Anek through Instagram by making the statement “Naam Anek, Lekin Release Date Ek. This Anubhav Sinha’s Next film starring Ayushmann Khurrana will release on 27th May 2022 and now it is available on Big Screens near you.

Check out the trailer here.

The shooting of this upcoming movie has been wrapped under Bhushan Kumar and Anuabhav Sinha under the Benaras Media Works and T-Series.

As per the information, it is going to be the most expensive movie of the director. The film has been produced by Bhushan Kumar and Anubhav Sinha under the T-series and Benaras Media Works.  The leading actor is playing the role of Joshua.

This is the first 2022 film release announcement for Khurana, who was last seen in Shoojit Sircar’s Gulabo Sitabo and the shooting of Abhishek Kapoor’s Chandigarh Kare Aashiqui has been wrapped recently.

Apart from that, the leading actor will also be seen in a comedy-drama titled Doctor G which is directed by Anubhuti Kashyap.

this movie is based on a real-life event in the Northeast Attempting to unravel the complex layers of a region still considered remote and faintly foreign by a large swathe of India, is in and of itself brave, and the director who has also written the movie takes on the challenge manfully.

With conversational dialogues interspersed throughout the narrative, Anek brings you face to face with the undercurrents of discrimination and alienation from ‘mainland’ India that exist in different pockets of the northeast. At times uncomfortably so, but then that is the intent of the narration. Sinha doesn’t use heavy-duty, seetimaar lines or overt jingoism.

This is all about the upcoming movie of the most talented actor in Bollywood, Ayushmann Khurrana. This is the second collaboration with Anubhav Sinha as the first one was Article 15 in 2019.

The director Anubhav Sinha is also known for making realistic movies like Article 15, and Thappad. The movie is going to be released in 27th May 2022 and we are looking forward to it. Also check out some BookMyShow offers for you to save more while shopping.

Q. When is the Movie is going to be released?

As per the current details, this Anek Movie is coming on 27th May 2022 starring Ayushmann Khurrana.

Q. where this Movie Anek is going to release?

This movie is planned for the theater release, you can check out Book My Show for better details and offers.