If you are ready to witness the events of Surgical strike carried out by India then check out some of the best Offers, Discounts, and Promo Codes on Uri Movie. 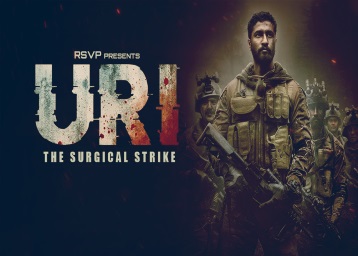 Uri: The Surgical Strike is an upcoming Bollywood movie which is based on the real heinous incident of Uri and the retaliation by Indian Army to it. It will be the first much-anticipated movie that will be dropping this year. The movie is going to feature a lot of hardcore action and will be exploring the on and after events of the Uri Incident aka The Surgical Strike. As soon as the movie releases, it is bound to have great Uri Movie Ticket Booking Promo codes and Offers. In case if you wish to check out BookMyShow Offers then click on the link provided.

The movie features a great star cast ensemble with popular and capable actors like Vicky Kaushal, Yami Gautam, Kirti Kulhari, and Paresh Rawal. Paresh Rawal is already a household name with a list of a great movie in his dossier. Also, Yami Gautam who is mostly known for her candid roles will be seen as an intelligence officer.

Although, the lead protagonist of the movie will be Vicky Kaushal. The actor will be playing the role of Major Vihan Shergil who will be leading the story. Although, the movie is based on a real incident it has been dramatized a bit for theatrical purposes. The director Aditya Dhar is a newbie in the field of direction. He doesn’t have a back record as director in the Bollywood. Although, since the trailers are so captivating it will be great to see his fresh vision. In this article, we have mentioned some really great offers for you to watch the movie for less money.

Note: In order to check out Zero Movie Deals then click on the link provided.

Uri is just about to hit the big screens. The movie is all set to release on 11th January 2019. The teaser itself of the movie received a great response and much of the Bollywood fraternity had been praising it since then. The movie features some really great B-Town actors like Vicky Kaushal, Yami Gautam, Paresh Rawal, Kirti Kulhari etc.

During his interview with Rajeev Masand, the lead actor Vicky Kaushal said that the hardest part for him was to gain weight for the role. He added that he has always been 62-64 kg but for the role, he had to don 15 kgs extra. He also said that he is naturally lean bodied and it is very difficult for him to gain weight. Later in the interview, he also told about his training for the movie in army camps and his overall experience which made him learn a lot.

Director Aditya Dhar is also really passionate about his debut project in the Bollywood. Although, before this, he has worked in the industry this will be his first movie as a director. He has told that he wanted to be in the army. For him, this movie is a tribute to all the Army Soldiers of India who stand on the Line of Control to protect us and put their life on the line for the nation.

The movie is all set to release and booking for the movie will start. There are various online applications where you can get a ticket for yourself. These online Applications that can be used for booking Uri Movie Tickets are BookMyShow, Paytm, Amazon Pay, and Paypal. These applications can be used instantly to book your tickets and they offer great offers for movies. Therefore check them out and save the most of that money in your pocket.

If you are willing to watch the much-anticipated movie Uri: The Surgical Strike then you are getting some really great offers. These offers can save you a lot of money and can be used to even get some of the tickets for free. Therefore, in case if you wish to know more about Uri: The Surgical Strike Ticket Online Offers, Discounts, Coupons, and Promo Code then read them down below.

Note: These are all generic Offers, once the booking starts we will also be uploading all the exclusive offers.

Note: You may also like to check know best offers on the upcoming movie Manikarnika The Queen of Jhansi .

Steps to Avail Paytm Offer on the movie Uri: The Surgical Strike

The ticket prices can be anywhere between Rs.250 to Rs.550 during the time of the weekend. This mostly depends on which theatre you are going to watch the movie.

The ticket for the theatre can range between Rs.200 to Rs.500. It depends on the kind of seat you wish to purchase for the movie.

A normal ticket can start from Rs.250 and can go up to Rs.550 depending upon the seat and the time.

Note: All the prices mentioned are an estimate, therefore, the final price for the movie will only be revealed once the booking starts.

Uri is definitely about the new India with a new director and a new vision. The movie has seriously surpassed all the war movies in a single and is a must watch if you are looking forward to a great masterpiece it is. Director Aditya Dhar has done a fabulous job. His vision will not only transcend you to the actual scenario but will always keep you at the corner of your seat. The script is really good although it has been fictionalized a little bit for the sake of drama. The movie is very realistic in approach and tells you the blatant and hard truths on the face. All the star cast and the lead Vicky Kaushal have done great justice to the source material. The movie background score is also great. No movie is made perfect, therefore, even this one has some flaws but apart from that it never bores you on your seat. In case if you are looking forward to it this weekend then don’t think twice and go for it.

Script Analysis: The picture has been divided into multiple chapters which leads to the conclusion, Surgical Strike. The script for the movie has been plain and simple although it focuses on character development. The good part about it is that the script tries to stick with realism as much as possible. There is a little bit of melodrama otherwise the movie sticks to the core of it. The script will take you through although there are a couple of few places which might not stick to what you expected from it.

Star Performance: All the characters are in place and especially the lead, Vicky Kaushal. The lead has done much justice to his character Vihan. One would love each and every bit of his screen space. All the supporting cast has also done a great job. Actress Yami Gautam who had limited space in the movie despite his cringy appearance in the trailer is quite compelling for the short part. Kirti Kulhari is a great actress and she hasn’t been a wasted opportunity by the end. Also, special mention to the actor Mohit Raina who even marks his territory in the small space provided.

Direction: This is Director Aditya Dhar’s Debut Movie. The movie has been paced really well and the action sequences are so well thought out. You can hear the sounds of gun in pitch dark that creates sheer anxiety. The best part is that despite sometimes not seeing anything on the screen the action sequence is still pacing in forwarding direction. The movie has excellent night vision sequences and it is a blend of some great action as well as emotional sequences. Aditya Dhar as a debutant director takes the trophy and truly excel in his work.

Final Verdict: If you are looking forward to a movie this weekend and haven’t decided yet then this one should be your next watch. Although, if you are a fan of action and want to stay from typical Bollywood masala then this was made for you. Uri: The Surgical Strike is by far the best War-Action flick that Bollywood has witnessed.

The movie had already been in much anticipation. Although, after the initial release of the teaser the movie gained a lot of attention from the moviegoers as well as film fraternity. The first teaser of the movie was so compelling that it raised goosebumps although the trailer that dropped later was even better.

Challa(Main Ladd Jana): It is the only song that has been featured in the movie. It is a powerful and energetic song that brings out the patriot in you. Also, the graph at which the music is that it totally complements the theme and the action of the movie. The song has been sung by Romi, Vivek Hariharan, and Shashwat Sachdev. You can also watch the video song for Challa(Main Ladd Jana) using this Link. 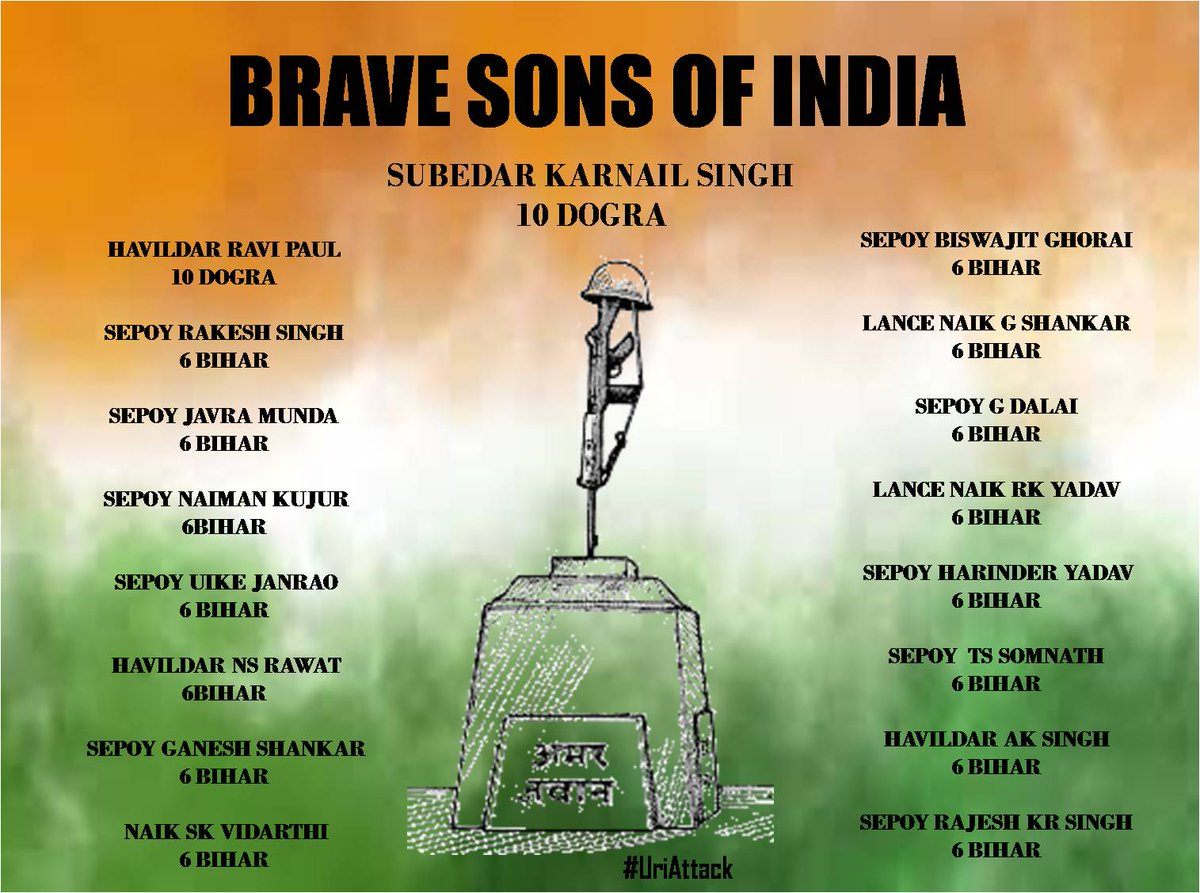 On 18th September 2016, a military camp in a place called Uri which is a town of J&K was attacked by militants from Pakistan. This attack from the opposite side of LOC led to the death of 18 Indian Soldiers. Also, the list of injured had 25 soldiers in it. The attack was carried out during the time when the soldiers were sleeping in their tents. Also, The soldier who died in the attack belonged to the Dogra and the Bihar Regiment.

After the attack, India was supported by many countries who condemned the attack while other events also took place. Events where India denied to have any sort of bilateral relationship with Pakistan. It has been claimed by the Indian Government that the attack was exercised by the terrorist organization Jaish-E-Mohammed.

Although, a strong retaliation was needed to teach a lesson to the perpetrators. Therefore, a surgical strike was planned and carried out in the Pakistani region. This surgical strike claimed the death of 38 terrorists and 2 Pakistani Soldiers. The operation was considered a success where each and every Indian soldier returned from the hostile area without any harm. It is also important to note that it is for the first time such kind of surgical strike was supported by the Indian Government.

So these were of the best Uri: The Surgical Strike Ticket Offers. In order to know some great details about KFG and the best offers running on the movie click here. We hope that this article may have been of some help to you. Also, thank you for reading the article until the end.