It will be great to see the making and unmaking of Manmohan Singh as the Prime Minister. Therefore, if you are interested then we have mentioned some great offers. 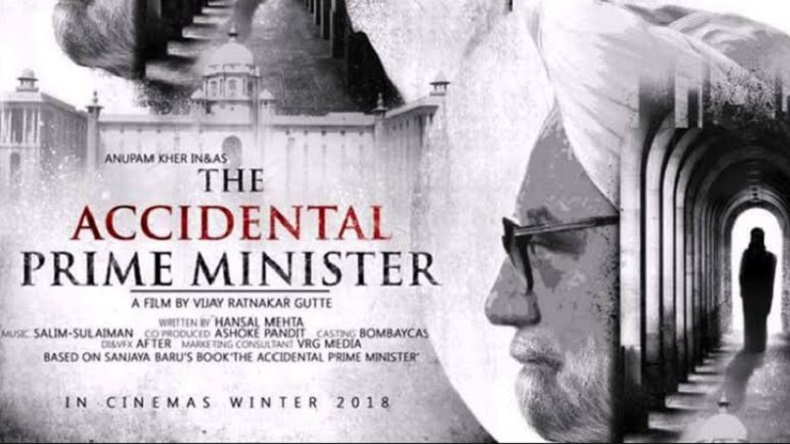 It is not your every Friday entertainer that brings giggles or adrenaline rush to your system. It is a movie about India, a movie about a person who stood like the lotus in all the sludge and mud in Indian politics. The Indian population has been literally disgraced from the numbers of scams that were pulled during the reign. Although, one person though been criticized a lot had a clear reputation in the minds of people. This movie is about that person, Dr.Manmohan Singh. It will be great to see the reality finally on the screen. The movie will be having a release soon and the booking applications will be having great The Accidental Prime Minister Movie Ticket Booking Promo codes and Offers. In case if you want then you can check out great BookMyShow Offers on Movie.

The year has just started although I personally feel that it will be the best casting of the year 2019, therefore, kudos to the casting director. The movie is based on a book with the same name “The Accidental Prime Minister”. It will be revolving around the life of Dr.Manmohan Singh and his election as the Prime Minister of India. The movie will be an insight into the affluent political party and how their deeds ruined the caricature of this great man.

The movie has a star cast ensemble with really great actors and actresses sharing the screen space together. The lead protagonist of the movie will be Dr.Manmohan Singh who will be played onscreen by Anupam Kher. Anupam Kher is an actor of great reputation and has a great line of movies. His first movie “Saaransh” is often listed in the movies with some great performances. In fact, he played an Old man in the movie while he was still 28 so convincingly. Another important role to be seen is going to be of Akshaye Khanna. The Accidental Prime Minister Book is written by Sanjaya Baru and Akshaye will be portraying his role.

There are also other great actors that are not famous but are known for their smaller but great presence on screen. I personally felt that the movie has the most authentic version of Sonia Gandhi played by Suzanne Bernert. Before this, she has played generic characters in various soap operas. Other star casts of the movie include names like Aahana Kumra, Arjun Mathur, and many more. The movie is being directed by Vijay Ratnakar Gutte. This will be his debut movie as a director and it will be great to see how his vision is portrayed on screen.

Note: If you are interested in checking out Offers on Uri Movie then we click on the link here.

It was initially supposed to release in 2018 alongside Zero although the movie was rescheduled to 11th January 2019. The movie has some great star cast and even the trailer is looking really great. The movie is being directed by a newcomer Vijay Ratnakar Gutte and it will be great to witness his direction amplifying the performances.

For the movie role, Anupam Kher had to do a lot of physical changes. He got his entire beard white while also changed the intonation of his voice. Even the walking and standing posture of the actor has been changed. Although, even after going through such physical transformation, the actor initially didn’t want to take up the role. Akshaye Khanna said in one of his movies that this movie is not a controversy rather a debate. Also, it is after much time that a movie has used the real names of the characters.

The movie Accidental Prime Minister is having great offers for booking your weekend as well as weekday tickets. Also, you are getting really great offers, therefore, in order to check them all, scroll down below.

PVR Cinemas: The ticket prices can be anywhere between Rs.250 to Rs.550 during the time of the weekend. This mostly depends on which theatre you are going to watch the movie.

Carnival Cinemas: On weekdays it could be around Rs.150. For the weekend, the prices can go up to Rs.300.

Cinepolis: The ticket for the theatre can range between Rs.200 to Rs.500. It depends on the kind of seat you wish to purchase for the movie.

Inox: A normal ticket can start from Rs.250 and can go up to Rs.550 depending upon the seat and the time.

Note: All the prices mentioned are an estimate, therefore, the final price for the movie will only be revealed once the booking starts.

There are two things that seriously need to be applauded about “The Accidental Prime Minister”. First, is the acting prowess of Anupam Kher and Akshay Khanna, and, Second is the source material by Sanjaya Baru. It is not usual in the Bollywood industry where actual names are used to describe the story. The whole story is about Dr.Manmohan Singh and the Congress Party. The movie is so detailed in its treatment. The beginning of the year is truly mesmerizing with such great movies. It is among the best political thriller that you can come across. The screenplay is really good and also the supporting cast does a stellar job of creating the atmosphere. It is a decent watch if you are looking for a great political thriller.

The trailer of the movie has been quite compelling although it has received an ample amount of outrage. A lot of people are exclaiming the movie as a pre-election agenda. In the trailer, you can see all the lead and the supporting cast performances. Also, the actor used for Atal Bihari Vajpayee looks exactly like him. The background score for the movie gives you goosebumps if you can relate to the politics shown. Another great aspect of the movie is the performance by Anupam Kher, he looks, walks, talks, and expresses like Dr.Manmohan Singh. If you search for the trailer of the movie on Youtube then most probably you won’t be able to find it. Although we have tried to save you the extra work, therefore, you can check it out below.

There are no songs in the movie although the background score for the movie has been given by Sudip Roy and Sadhu Tiwari.

The Author of the book “The Accidental Prime Minister” is Sanjaya Baru. His character will also be shown in the movie played by Akshaye Khanna. He has been the Media Adviser and Chief Spokesperson of Dr.Manmohan Singh between the time of 2004 and 2008. On April 2014, Baru released his book The Accidental Prime Minister with the help of Penguin Publication. The book on release got a lot of flack and outrage from the supporters of the party. In case if you wish to purchase the book click here.

It is a great book for those who would like to uncover the realities of Indian Politics. It is an insight into the event and Sonia Gandhi though not on the position controlled the entire party. The book also portrays the character of Dr.Manmohan Singh and maintains the integrity of the great man he is. It is satisfactory for anyone who is interested in knowing about the hard truth. It favors the man who even during heavy criticism stood upright and tried to serve the nation as much as he could.

So this was our article over the upcoming movie The Accidental Prime Minister and the great offers related to it. If you wish to know more about the Bollywood movie Zero and offers related to it click here. We hope that this article may have been of some help. Also, thank you for reading it until the end.