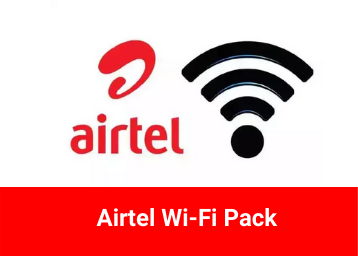 Airtel has come up with various innovative plans for its subscribers. Airtel Wifi pack allows users to use wi-fi facilities for free in certain places. The users can connect to the Wi-Fi to get high-speed data for free.

The service has been enabled to provide customers with high-speed data without worrying about signal quality. The users should have any unlimited plan active to enjoy free services of the telecom operator.

Have you ever wondered how to use airtel wifi pack? Here in this post we discuss complete details of the Airtel Wi-fi pack.

What is wifi pack in Airtel?

To take care of the data needs of its customers, Airtel has a special Wi-Fi pack. The Airtel Wi-Fi pack allows users to experience high-speed data. The data allotted depends on the active plan of the user.

Airtel Wi-Fi pack is available for prepaid users. You can find the free wifi data credited in the Myairtel app under my account section.  You can find the nearest wi-fi zone in your city using Airtel Thanks app. The information is also available via Airtel website.

What is Airtel WiFi zone?

Airtel offers free Wi-Fi to its subscribers. The free wi-fi is available at certain locations such as malls, airports, railway stations etc. Users can connect with the Airtel WiFi zone to enjoy high-speed data for free.

How to use Airtel wifi pack?

The data alloted can be used only in Airtel Wi-Fi Zones. Airtel users can get up to 20GB additional data with unlimited recharge plans. The free data can be 5GB, 10GB, and 20GB.

Airtel users are getting 10GB free data with the Rs. 219 unlimited pack. Airtel Free Wi-Fi zones are present across 500 spots in select cities.

In order to avail the allotted data, subscribers will have to visit the Wi-Fi zone and connect via the Airtel Thanks app. The user has to complete the verification via OTP.

How to activate wifi pack in airtel?

What is wifi pack in airtel app?

Airtel is offering wi-fi pack free with its unlimited pack recharge. If you are an Airtel user with unlimited plans you can find a Wifi pack on the Airtel app. You get 5GB, 10GB, or 20GB data with the wi-fi pack. To use the free data, you need to visit the Airtel Wi-Fi zone in your city.

Airtel WiFi Zones are available in public places like Airports, Colleges, Hospitals, Corporate Parks, Retail shops and more. Airtel allows its prepaid subscribers to connect their phones in the Wi-Fi Zone. If you’re in an Airtel WiFi Zone, use the My Airtel app to connect to the Wi-Fi by tapping on the “My Wi-Fi” tile in the app.

After allowing permission, you will be able to browse the internet. Alternatively, you can also connect via OTP and sign in to the Wi-Fi network by connecting to the open SSID named @Free Airtel Wi-Fi. Tap the “Airtel User” button to proceed with the OTP verification process.

The wifi usage depends on the active pack of the user. Connect to Airtel WiFi in your phone from the available networks settings-> You will be forwarded to a Sign In page -> Enter your number and the OTP -> Verify the OTP and enjoy free data!!.

With Airtel Wi-Fi pack, you get additional high-speed data for free. To activate Airtel W-Fi pack, recharge with an unlimited plan of your choice. You can check Airtel Wi-Fi pack usage with Airtel Thanks app. The telecom operator recently introduced wi-fi calling for select smartphone users. With the Airtel wi-fi calling, you can make calls using any wi-fi network.

What is WIFI pack in my Airtel?

It is the free data given to users along with the Airtel Unlimited plans. Airtel users get up to 20GB data with a Wi-Fi pack. The data allowed with the Wi-Fi pack is displayed on the Airtel Thanks app or My Airtel App.

How can I get Airtel WIFI pack?

What is WIFI pack 10 GB in Airtel?

With the 10GB Wi-Fi in Airtel, you can use up to 10GB of data for free by visiting the nearest Airtel Free Zone. You get a 10GB Wi-Fi pack with Airtel Rs. 219 unlimited pack. The validity as per the validity of your existing plan.

What is Airtel unlimited plan?

With the unlimited plans of Airtel, you get unlimited calling and SMS. The daily data limit depends on the plan selected by the user. Airtel also offers access to Airtel TV and Wynk app for users of unlimited plans.

Where is Airtel WiFi zone?

Airtel WiFi Zone is available at 500 locations across major cities. You can find the nearest wi-fi location using Airtel Thanks app or Airtel.in.