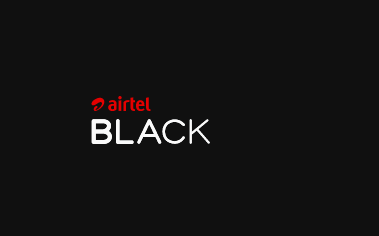 Airtel has launched an all-in-one service to combine postpaid, direct-to-home (DTH), and fiber in a single plan. Airtel black will allow users to opt for two or more services. It gives subscribers an option to simplify billing and customer care.

The company has come up with four plans and users will have the option to customize as well.

So let us take a look at Airtel Black plans, benefits, and how you can create a customized plan.

Meanwhile, if you are looking for the best recharge offers, then click here

What is Airtel Black?

Airtel Black is the new program of the telecom operator. The service allows users to combine DTH, postpaid, and fiber services. Airtel Black will let users opt for two or more services.

With the program, users will get a single bill. The service will also give users priority resolution via a dedicated relationship team.

Currently, Airtel is offering 4 plans in this category. Customers can also create custom plans as per their requirements. Now let us have a more detailed look at the Airtel Black Plans.

With Airtel Black, subscribers have the option to customize plans as per their requirements. The company also has four plans in different combinations starting Rs. 998 onwards.

These plans have been designed to meet the needs of the entire family.

How to Get Airtel Black?

Users can subscribe to Airtel black via the Airtel Thanks app and select any plan of choice. In addition to that users can give a missed call to 8826655555 or visit the nearest Airtel store.

How to customize Airtel Black plan?

So you have many reasons to switch to this program if you are using two or more services of Airtel.

In addition to that, users switching to Airtel Black have to pay no installation charges for DTH and fiber connections.

One Bill: Airtel Blacks service simplifies your billing with a single bill for multiple services such as Airtel Postpaid, Fiber, and DTH.

Buy Now, Pay Later: You can buy any service from Airtel Shop and pay it later with your Airtel Black Bill.

Meanwhile, the Airtel Fiber plans start at Rs. 499. While the DTH plans of the company start at Rs. 153. Airtel Mobile postpaid plans are available Rs. 499 onwards. With the Airtel Black plans, subscribers can opt for two or more of these services in a single bill.

What is Airtel Black?

Airtel Black lets users combine their Airtel accounts such as Postpaid, Broadband & DTH in a single bill. The program comes with multiple benefits such as priority service, a dedicated relationship team, and no installation charges for fiber and DTH to name a few.

Is Airtel Black Worth It?

If you are using 2 or more services of airtel then you can choose this service for benefits such as a single bill, dedicated relationship manager, and free service visits, etc.

What is Airtel Black Plan?

You can pick a combo of services of your choice such as postpaid + DTH, Postpaid + DTH + Fiber, and so on. With Airtel black, customers can opt for 2 or more services of the company in a single plan.