How To Watch Republic Day Parade 2019, Live Streaming - How, When, Where to Watch 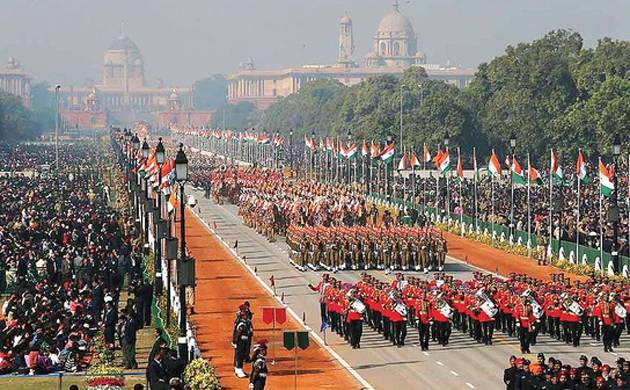 This year on 26 January India is going to celebrate its 70th Republic day. Just like every other year, this Grand celebration for Republic day will start from Raisina Hills Rashtrapati Bhavan, New Delhi. Most of you must have bought the tickets to enjoy the Republic Day Parade 2019. For all those who are not able to Buy the Parade Tickets can watch it live on their TV/Mobile screens. Doordarshan will be Hosting the live parade on its television and youtube channel from Rajpath itself.

The live Telecast will start from 9:00 AM on 26 January 2019. You can watch this broadcast by Doordarshan on youtube. The link for the same has been already provided by the channel.

Matamela Cyril Ramaphosa will be the chief guest of the event. He is fifth and the current president of South Africa. Our Prime Minister Narendra Modi had formally invited him for 70th Republic Day celebration during the G20 summit. Not only South Africa's President but around 17 tableaux from states and Union Territories are invited with 6 other officials from Ministries for Republic Day celebration.

What will be the main Highlight of 70th Republic Day of India?

You can watch the Republic Day Parade live on all the Doordarshan Channels and you can also watch the same on the official youtube channel of Doordarshan.

The timing for the parade will be the same just like every year. The event will start sharp at 9:00 AM and it will end at 11:45 AM. Before the parade, The President will unfurl the flag, The Prime Minister will lay a floral wreath at Amar Jawan and the National anthem will be played at the same time.

3) Can I see the Republic Day Parade in Sign Language?

Yes, you can watch the Republic Day Parade 2019 in sign language as well. The interpreter will be available while live streaming of the Parade on Doordarshan.

The full dress rehearsal will be practiced on Wednesday and it will start at 9:50 Am from Vijay Chowk and will proceed to Red Fort.  In order to conduct the Parade, there will be some restrictions on this route and there will be no passage of vehicles after 9:00 AM till the time parade is practiced smoothly.