Netflix New Plans in India: Save Up to Rs. 300 on Subscription 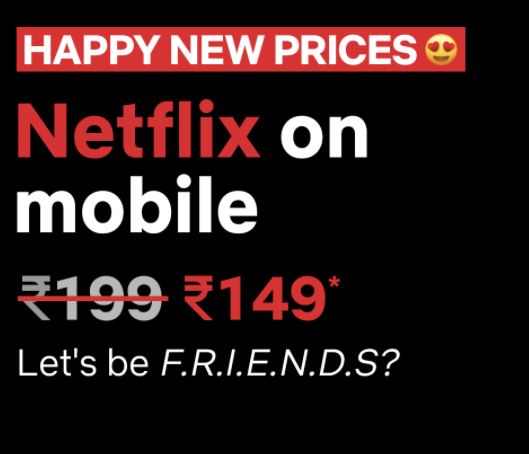 It is a sheer coincidence that Netflix is dropping its subscription price in India the same day Amazon’s Prime subscription plans are getting a price hike of up to 50%.

With the price drop, Netflix mobile plan now costs Rs. 149 per month. While the basic plan is now priced at Rs. 199 per month.

Netflix was earlier, expected to launch long-term plans in India. But the company has instead reduced the price of its monthly plans.

The price drop comes as a welcome surprise for all the subscribers. To know more about the Netflix new subscription plan price, benefits and other details keep reading … 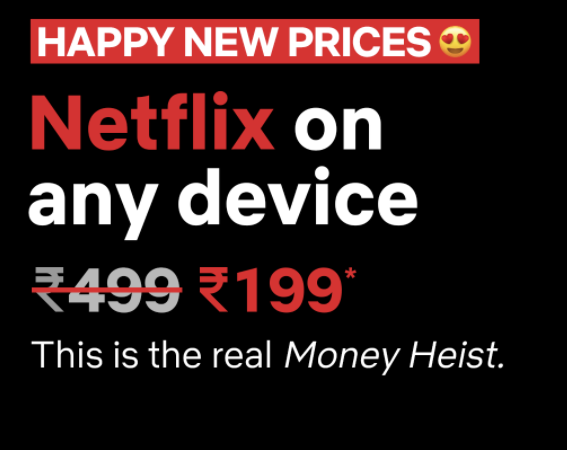 Even after the price drop, Netflix is still costlier than its competitors in India. After the recent price hike, Amazon Prime’s yearly subscription costs Rs. 1499 per year. While the premium plans of Disney + Hotstar start Rs. 499 per year onwards. let us take a more detailed view at the revised subscription plans of the company.

Also, for any reason, if you want to know how to delete your Netflix account, click here.

After the price drop, Netflix’s mobile plan costs Rs. 149 per month. It is the most affordable plan of the streaming giant in India. Earlier, the plan was priced at Rs. 199 per month. So you get a price drop of Rs. 50 on this plan.

There is no change in the benefits which includes unlimited access on 1 mobile device. The video quality is restricted to 480p.

The basic plan of Netflix gets the biggest price drop after the recent revision. The plan was originally priced at Rs. 499, gets a price drop of 60 percent. With the price drop, you can subscribe at just Rs. 199.

The benefit of the Basic plan is that the subscriber is no longer restricted to streaming only on a mobile device. However, the video quality is restricted to 480p in the basic plan as well.

The standard plan of Netflix gets a price drop of 23.11%. Now, you can subscribe to the standard plan at Rs. 499 per month. The plan includes additional benefits such as a better streaming resolution and access on 2 devices at the same time. Netflix standard plan supports a resolution of up to 1080 p.

The premium plan of Netflix gets a price drop of Rs. 150. With the price change, you can subscribe to the premium plan at Rs. 649 per month. The benefits include 4K HDR resolution and access on up to 4 devices. This plan was originally priced at Rs. 799 per month.

Netflix and Prime video are the biggest streaming platforms worldwide. There are always comparisons between the two services. The comparisons also happen in India.

So even after the price drop, Netflix is still costlier as compared to amazon. However, if you compare the monthly subscription plans the difference in price is Rs. 20 only.

With the price drop, Netflix has become accessible for users in India. All the subscription plans of the streaming giant have got a major price cut. The basic plan which is the most popular plan of the company has received a price cut of Rs. 300. Netflix mobile, standard, and premium plans have also received good discounts to make your streaming experience more affordable.

How do I pay for Netflix for 1 year?

What are the 3 Netflix plans?

Netflix has basic, standard, and premium plans in India. The company has also introduced an affordable mobile plan in select countries.

Is Netflix free with Jio?

Jio is offering a free Netflix subscription with its Postpaid plus plans. The fiber broadband subscribers of the company also get access to various OTT apps. 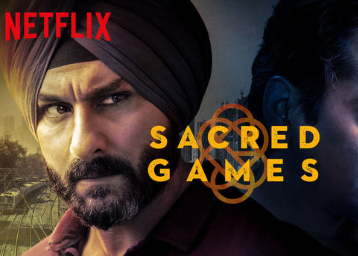 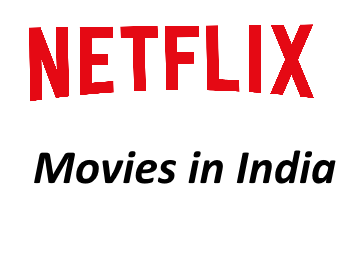 Netflix Movies in India 2018 - Watch Movies Free for a Month 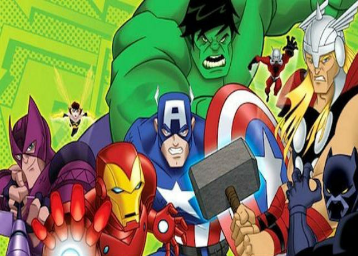 Best Kids Shows on Netflix to Watch from Preschoolers to Teens