If you are skeptical about which smartphone to buy then your skepticism is good. There are various exceptional smartphones that will be launched in the month of February 2019. Therefore, in order to know the Top Mobile Phones to Buy in Feb 2019 read down the article below. 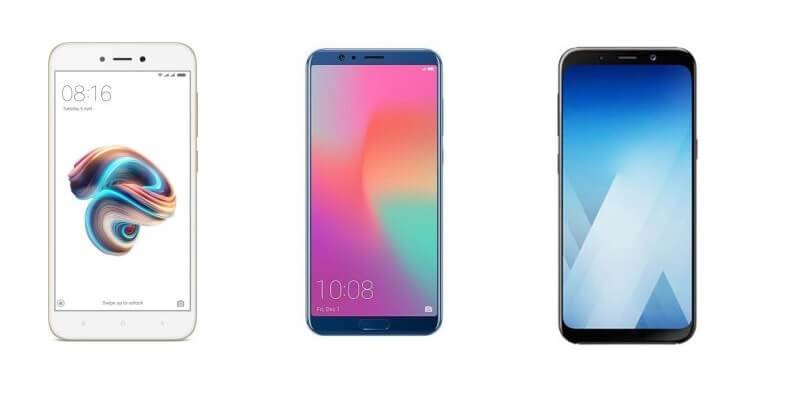 Thinking of buying a new phone but unable to decide which one to go for. I think your problem is pretty understandable. With so many current launches and smartphones that are available in the online market, it is difficult to find out a piece on which you would wish to spend your money on. Although, the possibility that you may have already selected an available phone is high but should you wait for something better is the actual question. Don’t worry if this question has been ogling your head as we have mentioned the Top Mobile Phones to Buy in Feb 2019. All these smartphones are most likely to launch this month so read ahead to decide whether you wish to wait or just carry on with your current purchase.

People trusting over Samsung is collateral although the smartphone brand wasn’t that promising lately. Recently they launched two really great smartphones, Samsung Galaxy M10 and M20. After, the success of the earlier smartphones, the brand is all set with their successor, the Samsung Galaxy M30. The smartphone is expected to launch on 27th February 2019. It is surely among the best upcoming smartphones in India.

The actual launch date can only be confirmed once the company approves of it. Although, the expected release date of the smartphone would be 27 February 2019.

An expected price of Rs.18,000 has been estimated on this device, Samsung Galaxy M30 in India.

I personally believe the initiative was taken because of PUBG. Although, giving a performance-centric smartphone in the Indian Market was a step ahead. Xiaomi Poco F1 became the cheapest smartphone with Snapdragon 845. The smartphone created a lot of holler in the market although now you are about to witness something even greater, Xiaomi Poco F2.

The specs for the device has not been revealed. Although, a lucky guess would be that this one will at least feature a Snapdragon or may be better( Snapdragon 855).

There is a lot of mystery regarding the release of Xiaomi Poco F2 but it is expected to launch on 20th February 2019.

The previous version of the smartphone was launched at a great price of Rs.19,990. Although, we believe that the new revamped version Xiaomi Poco F2 will be launched around the price tag of Rs.24,990 in India.

RealMe was the first franchise to drop the cheapest notch less display device. It came with a great design that looked and felt good at hand. Also, the specifications that were offered for the price were really great. Although, it is time for the third iteration of the Franchise to hit the market, RealMe 3 Pro. This smartphone had to stand out from the rest of the options available therefore the company decided on amping up the rear Camera. The rear camera featured will be a 48 MP and by the brand's previous prices this will surely worth giving a gaze.

The official specs of the smartphone have not yet been revealed. Although, it is believed that the smartphone will feature a 48 MP rear camera. Therefore, let's wait and watch what RealMe has in hold for us this time.

The Smartphone Realme 3 Pro is mostly like to release on the expected date 29th February 2019.

Just like the specifications, there is no news regarding the official price of the Smartphone. Although, it is expected to be priced around Rs.18500 which will make it a great deal.

This Samsung Galaxy S Series was made to rule the market. The second iteration of the series S2 was a much-recognized smartphone of its time. Although, the reputation of the series amped up with time as it featured great flagship smartphones. Now they are coming out with another great piece of tech, the Samsung Galaxy S10 Plus. It's expensive as hell but also features loaded like none in the market. With this smartphone, everything that you are getting is the best available in the market. Also, you get the branding and after sales support of Samsung which is great.

The phone Samsung Galaxy S10 Plus might release on 20th February 2019 as expected.

This is a Flagship by Samsung, therefore, it is bound to be expensive. There is no official news as such regarding the price although a price of around Rs.82,000 can be expected on the device.

Although Lenovo has been leading Moto devices in the right direction, the brand has seriously lost its buzz. Although by looking at the specs sheet of there coming device, Lenovo Z5s, I personally believe they are willing to make a comeback. The smartphone has got a triple camera setup, Snapdragon 710, the latest OS and is planning to launch it in the mid-range segment. This is not just come back but the one that can make a huge difference if marketed well.

The official date is still in question but one can expect the Lenovo Z5s to release on 20th February 2019.

Mi Mix is a well-recognised series by Xiaomi. Although, with the current market the previous specification kind of became stale. Therefore, the company is thinking of launching the Xiaomi Mi Mix 3. This device will be feature loaded and will be offered to you at a great price. The Mi Mix 3 will feature the elite Snapdragon 845 chipset and be having a motorable front camera setup. It will be great to see how this device performs in its highly saturated price segment.

No official dates regarding the smartphone but it is expected to drop on 24th February 2019 in the Indian market.

Despite all the eccentric features and killer specs of a flagship, the smartphone is still being expected to be priced close to Rs.34800.

A device which might change the definition of Mobile Photography. Dual Camera became popular recently but then you got Triple Camera. Although, what new this Nokia 9 PureView will be offering, Well, a Penta Camera Setup. The cameras on the rear have not yet been revealed although a depth sensor is confirmed to cater you. The Nokia 9 Pureview will also feature exceptional display quality with 550 PPI and the PureView Technology by Nokia.

The unofficial date for the release of the much anticipated Nokia 9 PureView is 24th February 2019.

Nokia has not revealed or made any official news regarding the pricing of the Smartphone. Nokia 9 PureView is expected to be priced around Rs.57,990.

Oppo has been successful in getting the attention of the Indian audience and they are again planning on doing so. The latest smartphone by them, the Oppo R19 will be featuring a camera that would be a 48 MP. A lot cannot be said about the device as its specifications are still a mystery. Although, one can expect it to be launched with a competitive launch price.

The Specifications of the smartphone Oppo R19 are still a mystery to the general audience. Although it is confirmed that it will be featuring a Pop-Up selfie camera. The leaked news regarding the smartphone also tells that the rear camera in the smartphone would be a 48 MP.

There is no official news regarding the price of the smartphone. Although, one can expect it to be priced around Rs.28000.

Vivo is another company that has been a game changer in recent times. If you are looking for a camera-centric smartphone then this one would offer you three. Also, one of that camera is a 48 MP so you can vouch for the exceptional camera quality. The specification offered on the smartphone is also pretty decent but I personally feel that it should have offered more for the price. Although, judging the smartphone by its spec sheet would be unjustified. Therefore, let's wait and see whether the smartphone justifies it's price or not.

Vivo has been behind great launches like Vivo Nex. Although, the Vivo V15 Pro is expected to release on 20th February 2019.

Vivo V15 Pro is a great device for anyone who is looking for a Camera centric device. The price of the smartphone is expected to be around Rs.31,990.

Xiaomi has captured the Indian market and it has become pretty hard for any other brand to actually compete with it. Be it great marketing or value for money smartphones, Xiaomi has it all. The new smartphone Xiaomi Redmi Note 7 Pro is expected to launch by the next month. Therefore, if you are in for a great mid-range device, I think it will be worth the wait.

There are no official dates regarding the release of Xiaomi Redmi Note 7 Pro but the can be expected to launch on 28th February 2019.

There has not been official news regarding the price of the device but Redmi Note 7 Pro is expected to be priced around Rs.15000 in India.

So these were the Top Mobile Phones to Buy in Feb 2019. All of these Smartphones will most probably release in February itself. We hope this article may have been of some help to you. Also, Thank you for Reading the article until the end.