Samsung has launched the latest smartphone in its most popular M series. Samsung Galaxy M 31 was introduced via the twitter handle of the company on 25th February. After the success of Galaxy M30 and M30s, it is the latest mid-range offering of Samsung. Similar to earlier offering in the M series, the smartphone will be Amazon exclusive.

Samsung Galaxy M31 Price in India starts Rs. 14,999. It will be made available in two colour variants of Ocean Blue and Space Black. Last Year, Samsung made a strong presence in the budget smartphone segment with the launch of M Series. The company has already launched Galaxy M30, Galaxy M20, Galaxy M30 and Galaxy M30s. We expect Samsung to launch a new set of phones in the Galaxy M series this year. 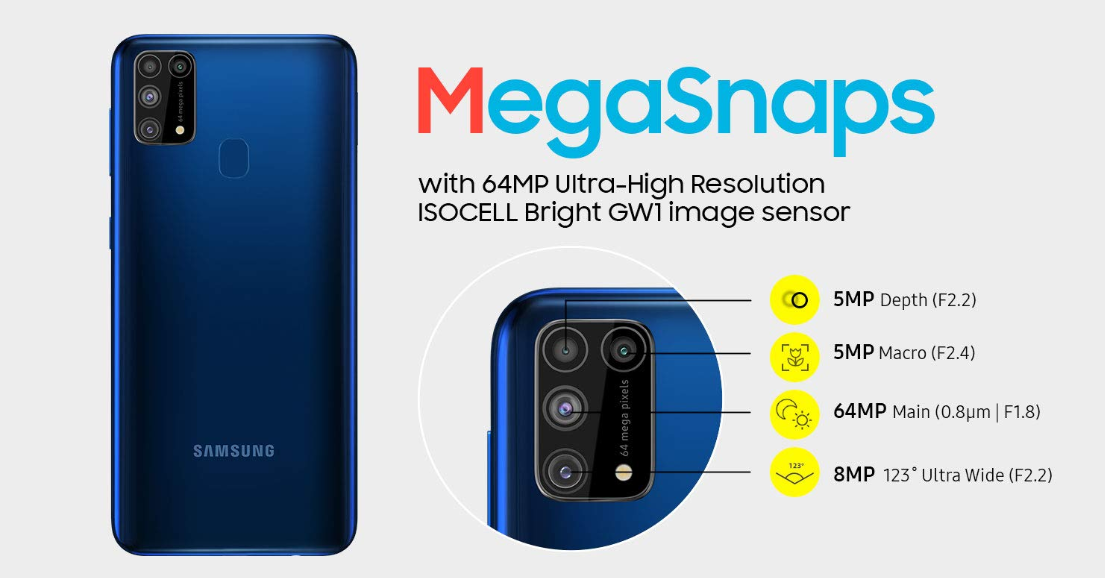 Samsung Galaxy M31 is similar to the Galaxy M30s. It has the same Super AMOLED display and a 6000mAh battery. Galaxy M31 has upgraded camera with a higher resolution 64MP sensor and a quad-camera setup. The setup has a high-resolution 64MP sensor, an 8MP ultra-wide-angle lens, a 5MP depth camera, and a 5MP macro lens. The front camera is also upgraded from 16MP to 32MP.

The mid-range offering has a good set of camera. It can provide good processing speed and high battery capacity. It also has a rear fingerprint sensor and a 3.5mm audio jack. The Sale of Galaxy M31 starts on 5th March at 12 PM. At the price segment, the smartphone will compete with the likes of Redmi Note 8 Pro and Poco X2.