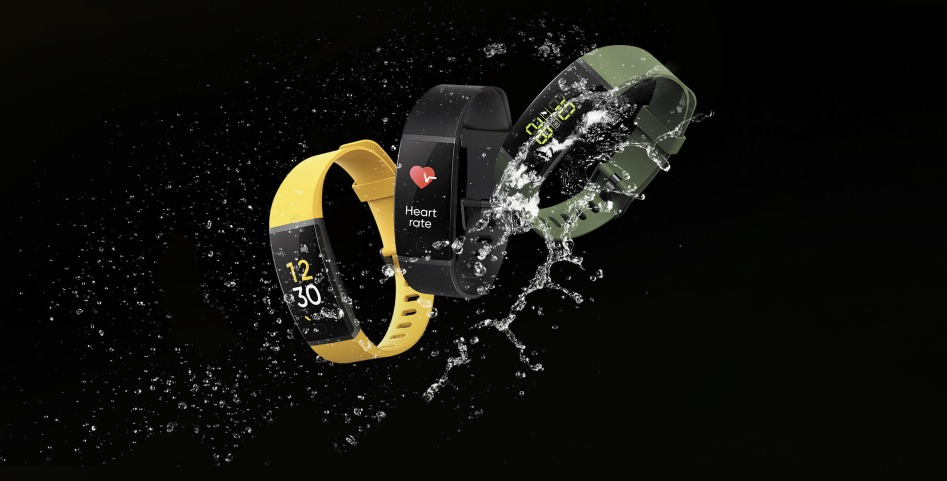 Realme to launch its fitness band in India. Realme India CEO confirmed the launch of Realme Fitness band on Twitter. A glimpse of the upcoming smartwatch is already out. The fitness band is listed on the official website of Realme. Recently, the company launched its first 5G smartphone, Realme X50 Pro 5G in India.

Update: Realme Band is available on Amazon, you can buy now at a price of Rs. 1,499.

Realme Fitness Band will launch on 5th March. The launch event will be at 12:30 PM. Realme has announced back in December that the company is planning to launch a smart band. The upcoming smart band has managed to grab some eyeballs.

The company is also set to launch two new smartphones on the same day. Realme has already revealed some of the features of its upcoming smartphones Realme 6 and Realme 6 Pro.

Realme Fitness Band will come with an OLED touch display. The fitness band will support multiple watch faces. It will support a dedicated Realme Watch app. You can also control music and volume directly from the band. There is support for different activities such as running, cycling, swimming and more. The fitness band also get continuous heart rate sensing feature and sleep tracking.

Realme has come with a new concept of hate to wait sale. The fitness band will go on sale between 2 PM - 4 PM on the same day of its launch. So if you are planning to buy the Realme Fitness band you can buy from Realme.com between 2 PM to 4 PM. Right after the launch at 12:30 sale will be held later in the day. Once you know the price you can decide whether you want to buy or not. 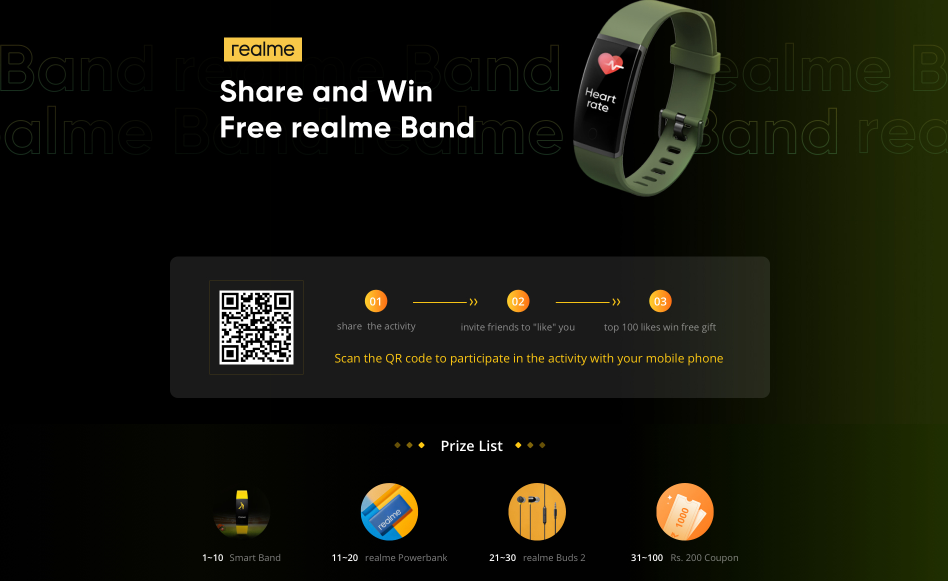 Realme has also come with a contest where lucky users can win many exciting prizes including Realme Smart band. You simply have to visit the contest code and scan the QR code for participation.

The teaser shows that the Realme band will feature a colour screen to display notifications for calls, messages, and alarms. It also has IP68 water resistance and comes with a USB-A connector. The smart band will be available in three colour variants of Yellow, Black and Green.