How to Watch The Empire Web Series For Free? 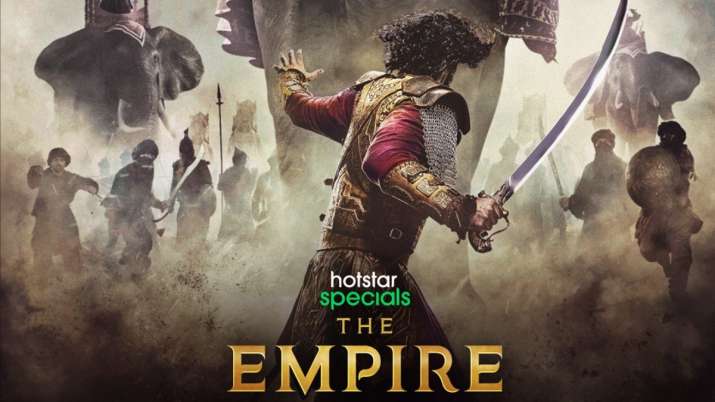 Hotstar Specials The Empire is all set to premiere on August 27. The period drama is inspired by Alex Rutherford’s "Empire of the Moghul: Raiders from the North ''.

With this post, get complete details on this epic period drama. You also get to know how to watch The Empire Web Series for free.

Hotstar has a huge collection of content library, for the best movies on the streaming platform click here The Empire on Hotstar

The Empire trailer was recently released with rave reviews from audiences. It promises to provide a great viewing experience. This Hotstar Specials show features 8 episodes where audiences get to relive some of the historic events of the Mughal era.

Produced by Nikhil Advani's Emmay Entertainment, this Mughal era series is termed as one of India's biggest shows on the small screen.

Hotstar is back with one more interesting show - The Empire. It is a period drama that traces the saga of Mughal emperor Babur. You can watch The Empire Web Series on Disney+ Hotstar starting 27th August.

Now let us take a look at ways to get a free Hotstar subscription and watch The Empire Web Series for free.

How to Watch The Empire Web Series Free?

Given the growing popularity of OTT platforms, telecom operators are providing bundled benefits with select recharge plans. Disney+ Hotstar VIP is available with recharge plans of Airtel, Vi, and Jio.

Recharge with free Hotstar recharge plans to get a 1 year VIP membership plan. You can activate your free subscription by using the same number and watch The Empire Web Series for free.

The Empire web series includes 8 episodes. You can download all episodes of the period drama on the Hotstar app. The streaming app also gives you the option to pick video quality while downloading content.

The Empire is a Hotstar Original series based in the Mughal Era. The 8-episode series revolves around the emperor Babur. Directed by Mitakshara Kumar has an ensemble cast of Shabana Azmi, Drashti Dhami, Dino Morea, Aditya Seal, Sahher Bambba, and Rahul Dev. You can watch The Empire series on Hotstar starting August 27.

Q1. Where to watch The Empire Web Series?

Answer. Watch The Empire web series on Disney+ Hotstar. You need a VIP or Premium subscription to watch this period drama based on the Mughal era.

Q2. Is Hotstar free for Jio?

Q3. What is the cost of Hotstar VIP?

Answer. Hotstar VIP plan costs Rs. 399 per year. Meanwhile, the streaming platform is all set to come up with any plans starting September 1.