How to watch Dil Bekaraar Episodes For Free? 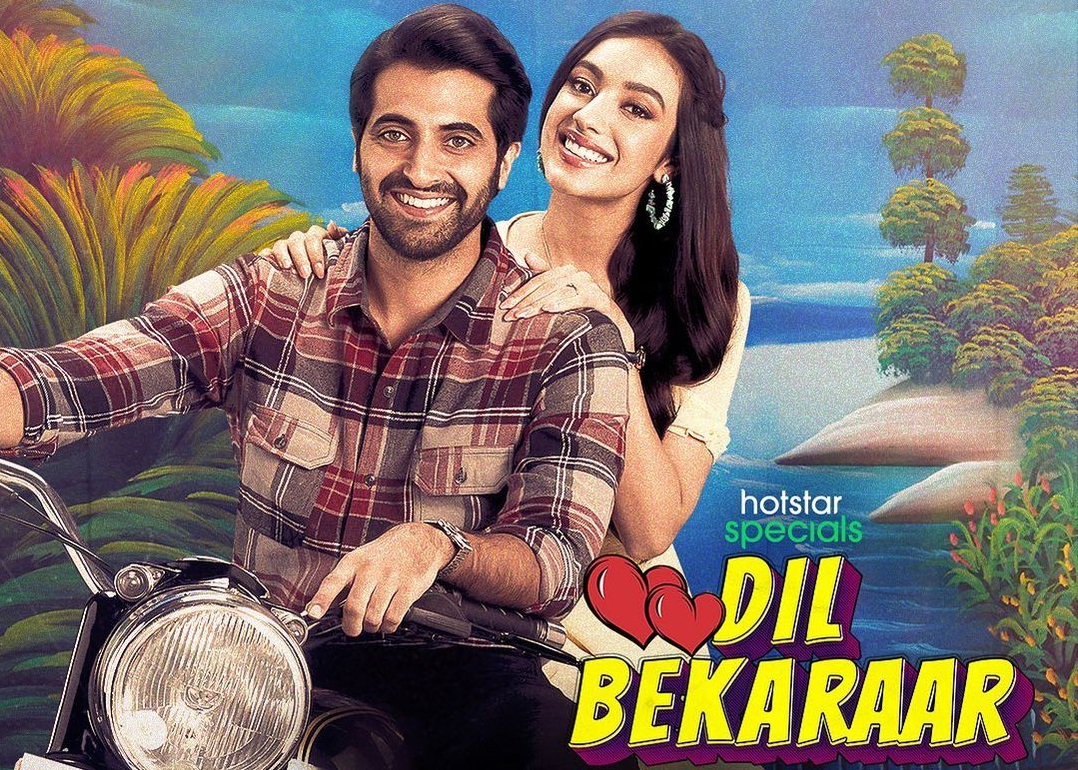 The family drama is based on the best-selling novel - Those pricey Thakur Girls. You can watch Dil Bekaraar Web Series starting November 26. Here we share the best offers to watch Dil bekarar full Web Series for free. Dil bekarar is the latest Web Series to be released on OTT platform. The Web Series is all set to release on Disney+ Hotstar on November 26. It is a light hearted drama about the day to day life of Thakur family.

The Web Series captures the essence of Delhi in the 1980s. Dil Bekaraar Web Series promises to transport you to the nostalgia of the bygone era. It promises to give one a kind experience for the audience. 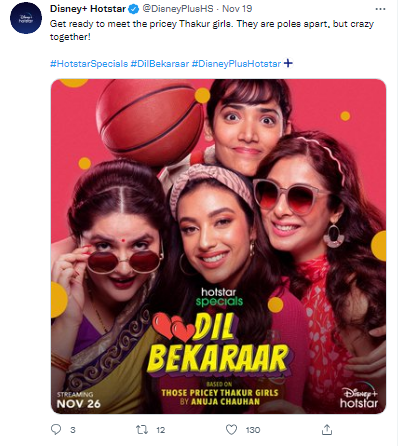 Watch Dil Bekarar Web Series on Disney + Hotstar. You can subscribe to any plans of the OTT platform to watch this light hearted drama. Disney + Hotstar subscription plans start at Rs. 499 onwards.

With the Rs. 499 plan, you can watch content on mobile devices. While you need Hotstar Super or premium plan to stream Dil bekaraar Web Series on desktop, laptop, or TV.  The Super Plan allows you to watch Dil Bekarar in Full HD. And to watch in 4k, you need a Premium subscription worth Rs. 1,499. For more details on Hotstar new subscription plans click here

How to Watch Dil Bekaraar Full Movie For Free?

Once you recharge with the Hotstar recharge plan of your operator, use the same number to register or login to the Hotstar app to start your complimentary subscription. You also get Disney+ Hotstar subscription free by using Flipkart Supercoins.

Go to plus zone on Flipkart and select Hotstar subscription offer to claim the free subscription.

The streaming platform allows users to download content as well. You need the latest version of the Hotstar app installed on your device to download the Dil bekarar Web Series.

Also, choose the video quality at the time of download as per your data consumption. The download will begin, you can watch Dil bekarar Web Series anytime in offline mode as well.

We will update more details on episodes after the release. Stay tuned for updates!

In the web series, Poonam Dhillon will be seen in the role of a doting mother of 5 daughters. The star cast also includes Padmini Kohlapure and Raj Babbar. Dil Bekaraar is directed by Habib Faizal.

Dil Bekarar Web Series takes the audiences back to the nostalgia of the 1980s. The Web Series features Raj Babbar, Poonam Dhillon, Sahher Bambba and Akshay Oberoi in pivotal roles. With its unique concept, Dil bekaraar promises to be a must watch entertainer for audiences.

You can watch Dil bekarar on Disney + Hotstar. We have also shared the best offers to start your free Disney+ Hotstar subscription and watch this light hearted family entertainer for free.

What is the release date of Dil Bekaraar Web Series?

The light hearted family drama is all set to release on 26th November.

Where can we Watch Dil Bekaraar full Web Series?

Watch Dil Bekarar full Web Series on Disney + Hotstar. It is the latest Web Series to release on the OTT platform.

What is the cost of a Hotstar subscription?

Hostar is available in three plans. The mobile plan costs Rs. 499 per year. While the super and premium plans are priced at Rs. 899 and Rs. 1499 for one year.