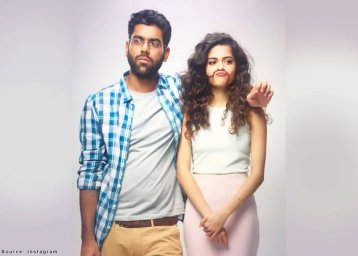 Web series are the new source of ultimate entertainment; from the past few years, OTT platforms Netflix, Amazon Prime, Disney+Hotstar, Sonyliv, and more have given some of the best web series. Every month comes with new releases that give us more valuable content.

This October month comes with some new web series like BreakPoint; Little Things season 4, and more. Here, check out the upcoming web series in October with complete details of their release date, cast, and more. Check out the upcoming Indian web series in October 2021 here with their release date and respective platform. Meanwhile, Tabbar web series on SonyLiv is a must-watch this festive season, for more details click here

Check out the detailed information about the new upcoming Hindi web series in October 2021 here. The new season of Little Things is about to come on 15th October 2021, and it is all about the couple after the marriage has been depicted in a very nice way. The web series star Dhruv Sehgal is the creator of this, and it has a song that has been composed by Prateek Kulad and Neel Adhikari for their incredible viewers.

Netflix will reboot the show for its fourth season as it is a complete package of romance, comedy, and emotional sentiments. Director Neeraj Pandey had already confirmed that the Special Ops 1.5 started shooting and is about to come. We are expecting the same in October end. This new web series in October 2021 will come with Kay Kay Menon as Himmat Singh. This upcoming series will come in three episodes and explain what happened in 2001 and explore the formative years of Himmat as the Raw Agent.

The first season of special Ops was released in March 2020, and it comes with multiple star cast. Richa Chadha and Pratik Gandhi are coming together for their upcoming web series Six Suspects, directed by Tigmanshu Dhulia. It is going to be a crime murders story based in Delhi.  The filing for the same has been wrapped, and we are expecting the trailer in the coming week.

This new Hindi web series in October 2021 is the first time Richa Chadha is coming with Pratik Gandhi. Earlier the actor was seen in Scam 1992 and Richa in Madame Chief Minister. Richa will also start the shooting for the upcoming comedy movie Furkey. The first Amazon Original web series is coming back with another season, and Amazon Prime took their Instagram account to announce that. Both previous seasons were all about cricket and the second season ended with an exciting cliffhanger, leaving fans eagerly waiting for the new one.

The release for the same has not been revealed, but we are expecting the same this year. This web series will be directed by Kanishk Varma and produced by Ritesh Sidwani and Farhan Akhtar. Code M was an Indian Mystery drama series and the first season aired in July 2020, and it was directed by Akashy Choubey and produced by Ekta Kapoor. This web series is all about the military lawyer Monica Mehra commanded by her mentor named Colonel Suryaveer Chauhan.

The second season will bring back Major Monica Mehra  (Jennifer Winget), who is always moving based on Nation above family. This Indian web series is going to be released on ALTBalaji and Zee5. Scam 1992 is one of the famous web series from Sonyliv, and the director has announced the second season with the title name Scam 2003. Hansal Mehta, the director of Scam 1992, is sharing this story of Abdul Karim Telgi, the man behind the 2003 Stamp Paper Scam.

It will be adapted from the Hindi book, Reporter Ki Diary, written by journalist Sanjay Singh, who is credited with breaking the story of the scam back then. We are expecting this web series to come this October. It is one of the famous romantic web series on Netflix that is loved by most young people. Season one ended with a very amazing twist, and all fans are waiting for the second season.

Many of their fans are asking about the release date of the second season, but the same has not been confirmed yet. We expect that the same will be released in the last of October or at the start of November 2021.

The first season of this web series was released on 20 November 2020 on Zee5 with nine episodes. This web series is a crime-based series based on the 1960 Naxal Movement in the village of West Bengal. It was directed by Partho Mitra, who is one of the famous Indian Television directors.

It is a story of when people demanded their rights to crops. Police opened fire on them and killed two children and nine adults then the movement started. This movement is led by Charu Majumdar and Kanu Sanyal and the regional tribals and some of the radical communist leaders of the state.

This is all about the upcoming web series release in October 2021; these are the most awaited web series 2021. Web series are coming with unique content and new talented faces and not getting any chance in Bollywood.

We hope this information will help you to choose the best one to watch in your free time.  Also, check out the best Sonyliv series list by clicking here.

Scam 1992, Mirzapur, and Special Ops are some of the top best web series, but Scam 1992 is the number one web series.

Q. When Mirzapur season 3 is coming?

As of now, no such information is available, but we will update you if we get any news related to it.

Q.  When will Venom 2 let there be carnage is coming?

This Marvel-based movie is one of the most awaited movies of 2021 and it is going to release on 15th October 2021.