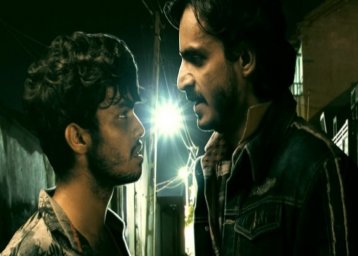 Indian web series has raised the bar in the past few years, and we are witnessing some of the best content and stories. All the digital platforms are getting more vibrant day by day, and we can see more web series and films on them.

These OTT platforms bring more talented actors to the industry.  Every month comes with new and amazing stories. Here you will get the complete details about the upcoming web series in November 2021. Get details of their release date, cast, and more here.

Also, check out the upcoming Hindi series in 2021 by clicking here. Check out the upcoming Hindi web series in November 2021 here, along with the release date and other details.

Check out the detailed information about the upcoming web series in November here. It is one of the most awaited web series of 2021, the first series, special Ops, is a big hit, and Kay Kay Menon played an amazing role in that. This upcoming series will be coming on 12th November 2021, and it will uncover the Himmat Story.

Again Kay Kay Menon will be seen in the lead role, and the trailer also features Aftab Shivdasani, who is also playing a promising role in it. The trailer for the same is out, and you can check it out. Himmat Singh was a RAW agent, and the story will continue where the first one ended. It is one of the most successful web series that has been praised by fans all over India. It will cast Angad Bedi, Sandeep Dhar, and more as per the information available. It is an action thriller web series that we are expecting to release in November 2021. Jamtara season one is one of the most loved seasons of Netflix that comes with lots of scams and phishing. This web series is based on a live event, and the first season comes with 10 episodes. IMDb provides a 7.4 rating for the first season, and we are expecting something better from the second one. It was released in 2020 as a Hindi crime thriller created by Ding Entertainment for Voot on-demand Network.  It is all about the modern-day murderer that has been done by religious affiliations. Asur is situated in the mystical city of Varanasi and features Nikhil Nair, a forensic expert-turned-teacher who goes to his beginnings at the Central Bureau of Investigation, where he, together with his former mentor Dhananjay Rajpoot, discovers himself in a cat-and-mouse chase with a ruthless serial killer.

We all are waiting for the second season as the first one was amazing, and we love the performance of Arshad Warsi, Barun Sobti, and Amey Wagh. The release date for the same is not out, but we are expecting the same in November month.  The first one is one of the most loved web series of Arshad Warsi. The six Suspects is an upcoming criminal thriller Indian web series that will star cast Prateek Gandhi and Richa Chadha. It will be available on Disney+Hotstar, and it will be directed by Ajay Devgan. The official social media account of Prime Video took their social media account to announce the third edition of Inside Edge. It was the first Amazon Prime Original web series Inside Edge, and it is back with the third season. This web series is produced by Ritesh Sidhwani and Farhan Akhtar and created by Karan Anshuman. Inside Edge is directed by Kanishk Varweb series that will revolve around the dark side of cricket, including match-fixing and cricket politics; and This upcoming series will bring more cricket fun, drama, and entertainment to their fans. The release date and further details about this one are not out, but we expect the same in November 2021. In the last few months, Netflix listed their upcoming web series, and Delhi Crime season 2 is one. This web series is based on a live event that happened in South Delhi in 2012. The first season also received the award for outstanding drama series, and it is the first Indian web series to gain that.

The release date for the second season is not out, but we are expecting the same in November 2021. This series includes drama, crime, and anthology, and it was created, written, and directed by Richie Mehta. The series Delhi Crime was developed by Laurence Bowen and Toby Bruce.

8. Rudra- The Edge of Darkness One of the famous Bollywood superstars, Ajay Devgan, is set to make his digital debut with Rudra’s upcoming web series- the edge of darkness. It will be available on Disney+Hotstar, and it is a crime drama-based web series.

It is a remake of the famous British series called Luther. As per the sources, the leading superstar plays the role of a cop in it. Ileana will also be seen in this upcoming web series in the lead role.

Release date- TO be announced. Mirzapur is one of the most loved web series all over India. Each character played in this web series has a special place in the world of web series. The season ends with Munna’s death by the gangster Kaleen bhaiya, who was still alive.

All the Mirzapur fans wait for the third part when we see the war between Guddu bhaiya and Kaleen bhaiya. As of now, there is no information available about this upcoming Hindi web series, but we are expecting the same by the end of this year.

Release date- TO be announced.

This is all about the upcoming new web series released in November 2021. Indian web series like Scam 1992, Mirzapur, and others have already raised the bar to the next level in entertainment.

We hope this information will help you know more about your favorite upcoming web series in November 2021.

Special Ops 1.5, Girgit, Aafat-e- Ishq, and all of the above-mentioned web series are coming this year.

With the IMDb 8 ratings, The Family Man is the No. 1 web series in India.

Q.when, the black Adam, is coming?

Black Adam is an upcoming DC Universe movie that will star Dwyane Jhonson in the lead role; it will release in March 2022.

It is one of the most awaited web series on 12th November 2021, and it will reveal the HImmat story when he was a RAW agent.