Here is the list of all Upcoming Bollywood Movies in 2020. Checkout! 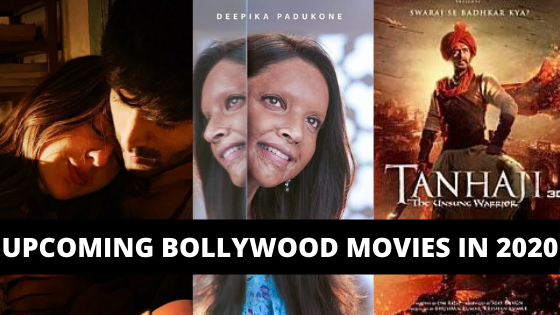 Movies are the biggest entertainment in our lives and here we are with the list of movies releasing in 2020. We have the latest Upcoming Bollywood Movies 2020 calendar that has amazing movies of different genres.

If you are a movie enthusiast then we have all the important cast information , official trailers and plot synopsis for the top upcoming movies. To know more about the movies releasing in 2020 keep reading!

Also if you want Best Movie Offers Running in December 2019 then you are just a click away!

Note: Good News is releasing on 27th of September 2019, click on the link to check out the best offer on Good News Movie Ticket.

Here is a list that covers latest Upcoming Bollywood Movies about to release in 2020. We have got the latest trailers and looks of top upcoming movies covered for you. The list will get updated as the year goes and more releases and movie trailers come out.

Note- To get the best BookMyShow Offers, Coupons and Deals on Movie Tickets click on the link.

Tanhaji The Unsung Warrior is an action biopic of Tanaji Malusare a Maratha hero who lead the  surgical strike that shook the Mughal empire. The movie is expected to be released on the 10th of January 2020.

The movie star cast has all the big names of Bollywood Ajay Devgan, Kajol, Saif Ali Khan and more. After a long time the husband wife superhit jodi of Kajol and Ajay will be seen on the screen.

Ajay Devgan will be seen playing Tanaji Malusare who fought alongside Chatrapati Shivaji against the Mughals Kajol as his wife, and Saif as the leading villain Uday Bhan Rathod. Als there are other outstanding actors in Amazing roles  - Sharad Kelkar as Shivaji Maharaj, Luke Kenny as Aurangzeb, Pankaj Tripathi as Mirza Raja Jai Singh, Neha Sharma as Kamla Devi and Padmavati Rao as Jijamata.

Note: Tanhaji is doing great on box office! Ajay Devgan's 100th movie hjas already earned 100 Crores and is in running to achieve 200 Crore. If you havent watched Tanhaji yet then we have the best Tanhaji Movie Ticket Offers here for you.

Chhapaak is based on the real life story of a strong and high spirited acid attack survivor Laxmi Agarwal. The movie is not just about the heartbreaking incident that took place in 2005, the story is about the journey of Malati aka Deepika Padukone, a girl fighting not just for justice but for a cause.

Chhapaak is an empowering journey of a girl who conquers over victim shaming, society backlash and court trial. It is a story of hope where you will find Malti adjusting with her new appearance and realising that her face might have changed but her dreams are still the same.

The film also stars Vikrant Massey in the character of Alok Dixit who will be seed supporting Deepika throughout her journey. The movie is expected to take over the silver screen on the 10th of January 2020.

Note: Tanhaji The Unsung Warrior and Chhapaak are both going to be released on the same date 10th Jan 2020. This is going to be the first biggest Bollywood Release clash of 2020.

Jai Mummy Di starring Sunny Singh and Sonnalli Seygall  is a witty and entertaining family comedy drama of two lovers stuck between mother’s quarrel. The trailer shows turf between the mothers of the protagonists.

Sunny and Sonnalli will be seen as Puneet and Saanjh who are madly in love, but their love isn’t able to see the daylight because of their mothers Laali and Pinky played by Supriya Pathak and Poonam Dhillon.

The two mothers who were who were best friends in the past are now sworn enemies. What will happen to Puneet and Saanjh’s love story? Will it end with their mother’ rivalry? To know all the answers to these questions watch Jai Mummy Di on 17th of Jan 2020 in theaters.

The Varun Dhawan and Shraddha Kapoor Jodi is coming back on the big screen with Remo D'Souza’s Street Dancer 3D. This Jodi break the box office with its last ABCD2 movie and now i 2020 they are back again with an outstanding dance movie.

But in between the trailer we get to know Shraddha and her team is trying to win the dance battle for immigrants and that's where the movie takes an emotional turn. From India Pakistan bickering, to neck to neck dance competition the movie has a lot more to drama.

It is expected to be released on 24th Jan 2020. It is the much awaited movie releasing on Republic Day of India celebration. 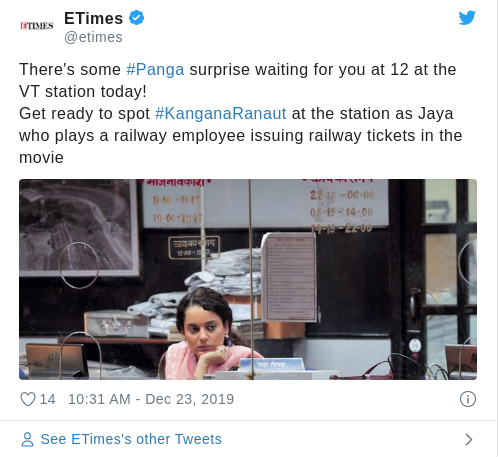 Panga is a sports drama directed by Ashwiny Iyer Tiwari starring Kangana Ranaut. The movie is a story a sports player who works as a Railway employee in Mumbai railway station. A still from the movie shows the actress sitting across the ticket counter.

With Kangana in the lead, the movie has other super talented actors - Jassie Gill, Neena Gupta and Richa Chadha. The movie is expected to be released on 24 Jan 2020.

Note: Panga and Street Dancer 3D are both going to be released on the same date 26th Jan 2020. This is going to be a big Bollywood Release clash on Republic Day 2020. 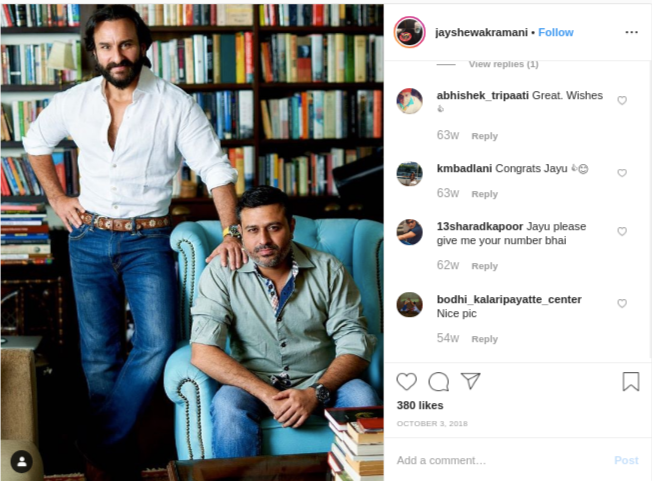 Jawaani Jaaneman starring two of the big names of Bollywood Saif Ali Khan and Tabu is expected to be released on the 7th of Feb 2020. Puja Bedi’s daughter Alaia Furniturewalla, is making her Bollywood debut as Saif's onscreen daughter.

The movie is expected to be a father daughter story directed by Nitin Kakkar. The news of this movie was dropped by its producer Jay Shewakramani on Instagram. 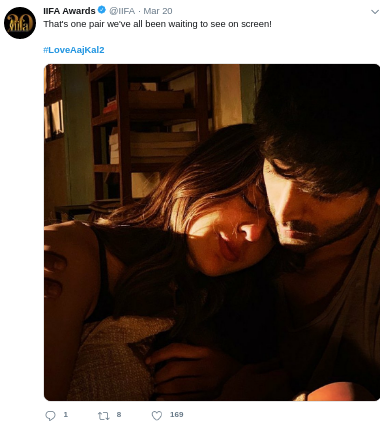 Sara Ali Khan and Kartik Aaryan the most anticipated duo are coming together on the silver screen with Love Aaj Kal 2. The previous movie starring Deepika and Saif in the lead was outstanding romance drama.

Sara Ali Khan entered Bollywood with powerpack performance in Kedarnath. This is her first time working with Imtiaz Ali. The first look of this upcoming movie was shared on social media pages. Love Aaj Kal 2 is expected to release on 14th Feb 2020. It is the perfect movie release on Valentine's Day special.

Malang starring Aditya Roy Kapoor, Disha Patani, Kunal Khemmu and Anil Kapoor is most emotionally violent film. The movie is set to realease on Valentines Day 14th Feburary and we are here with Malang Movie Ticket Offers for you.

The trailer shows all the actor being high on life. You get to see actors jump off planes ,jump off cliffs, whizz past in fast cars.The trailer is full of adventure abnd it gets exhilarating at one point.

The movie has some high-octane action sequences that will give you adrenalin rush. Aditya Roy Kapur and Disha Patani are seen attracted towards earch other and having a good time in the trailer.

But in no time things change and you see Anil Kapoor as a cop with grey character chasing after Aditya who is on a killing spree.

The trailer shows Kunal Kemmu but details about his character is not revealed making it more suspicious.

9.Bhoot - Part One – The Haunted Ship 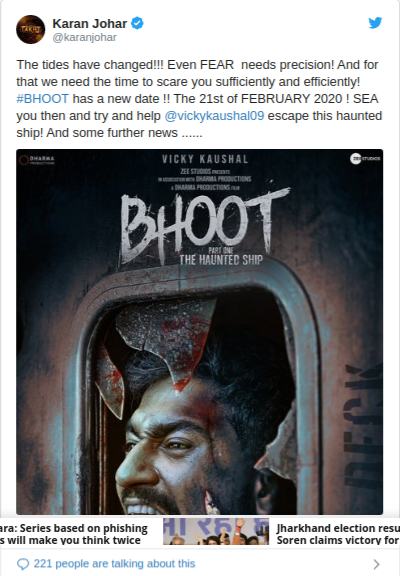 Karan Johar on September 20, 2019 took on twitter to annouce the release of his upcoming horror movie Bhoot. Vicky Kaushal wil be seen in the lead role for Bhoot - The Haunted Ship. The movie has a lot of action and drama to it.

it was reported that during the shoot Vicky Kaushal fractured his cheekbone. This occured while he was shooting for one of the action sequence. The actor got 13 stitches because a door fell on him. You can expect more horrible and unexpected action from this upcoming Bollywood Horror Drama.

The star cast includes Gajraj Rao, Neena Gupta, Jitendra Kumar and more in major roles. Ayushmaan Khurana, Gajraj Rao, and Neena Gupta are together for the second time. This trio was last seen in Badhai Ho.

Shubh Mangal Zyada Saavdhan is expected to be high on comedy and it expected to release on 21st Feb 2020. The trailer has created a lot of buzz and there's too much expectations and anticipation arount this movie. 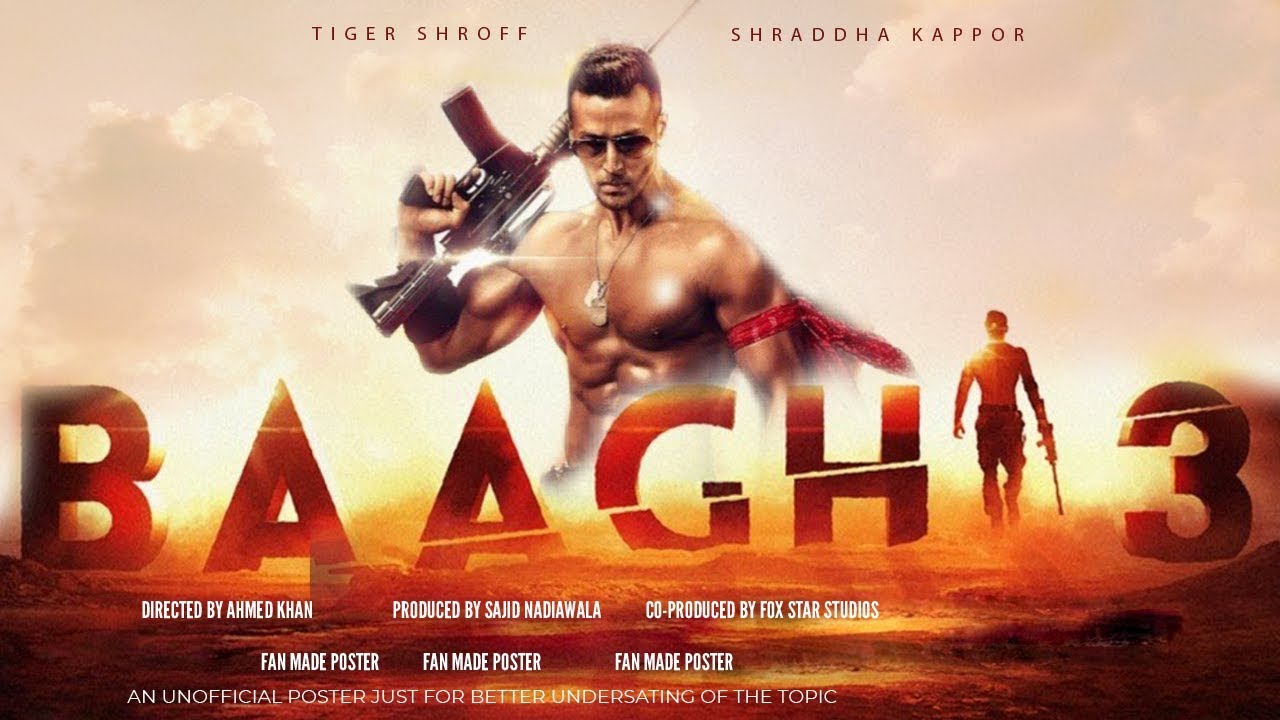 Baaghi 3 as the name says is third in line Baaghi movie starring Tiger Shroff. The last two movies were big success for the actor and there is much action and dama expected from this third in line movie.

Tiger Shroff will be seen opposite Shraddha Kapoor in this movie. The movie also has Ritesh Deshmukh in a major role. The announcement of Baaghi 3 came far before Baaghi 2 release by Sajid Nadiadwala the producer and now we have a first look of the movie disclosed on twitter.

The shooting is wrapped and the movie is expected to be in theaters on 6th March 2020. 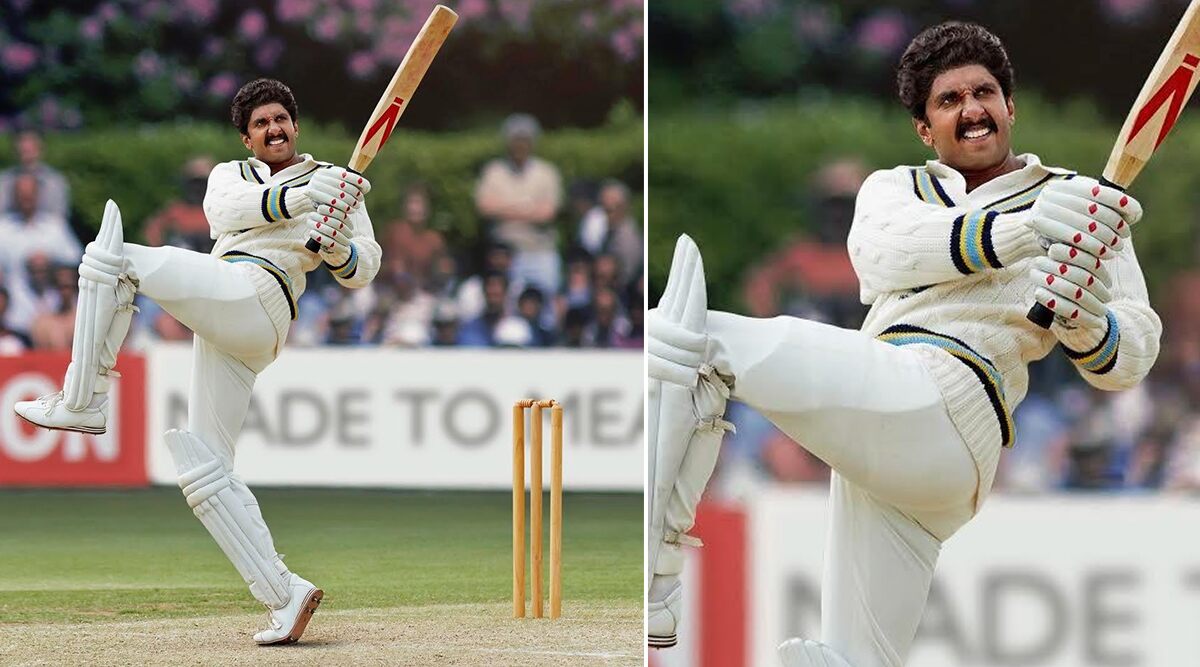 83 The Film is based on Kapil Dev’s cricket journey and India winning the world cup for the first time. The movie has Ranvir Singh in the lead role playing Kapil Dev. The first look reveal of Ranvir in and as Kapil Dev hitting the Nataraj Shot surprised everyone.

The movie is directed by Kabi Khan and it is expected to be released on 10th April 2020.

Brahamastra has been the talk of the town since the cast was revealed. The star cast has Ranbir Kapoor, Amitabh Bacchan, and Ali Bhaat in the lead role. The movie will be in 3 parts and out of which the 1st part will be released in 2020.

A small teaser of Amitabh Bacchan telling about what Brahmastra is in real has been over the internet. The movie is expected to be released in May 2020. 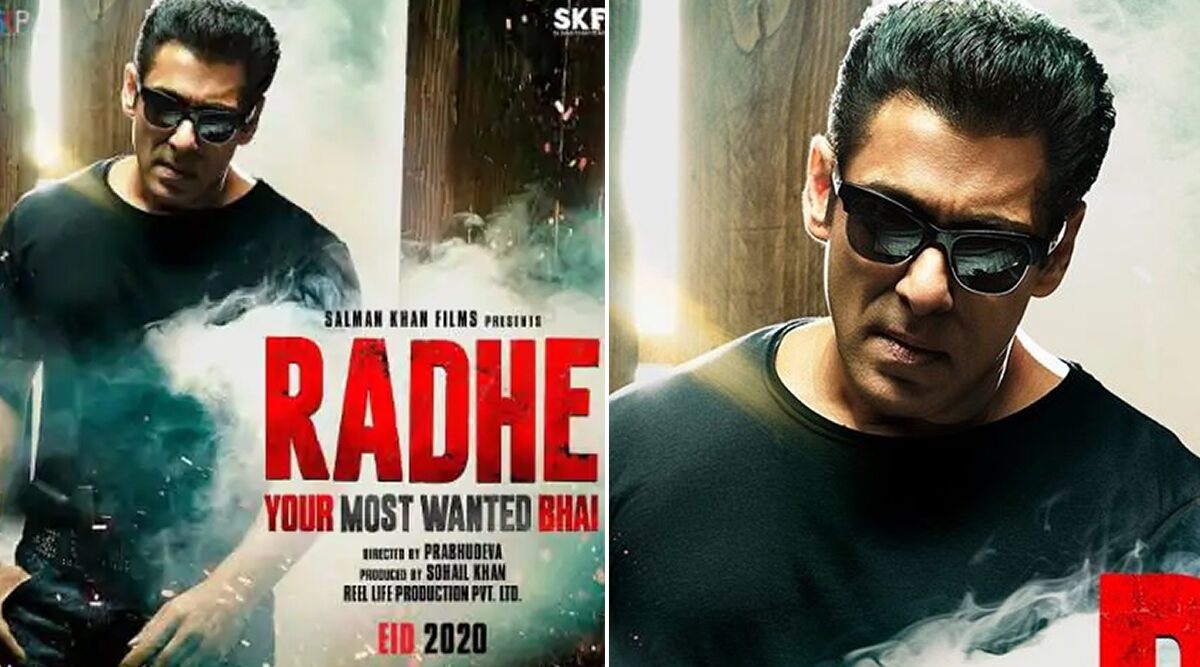 The Bhaijan is back but as The 'Most Wanted Bhai' with his upcoming big movie in 2019 Radhe.Salman took to twitter and wrote "Aap he ne poocha tha Dabangg 3 ke baad kya? Yeh lo answer,"  and we got the first look of Radhe

The movie is directed by Prabhu Deva and will release on Eid of 2020. 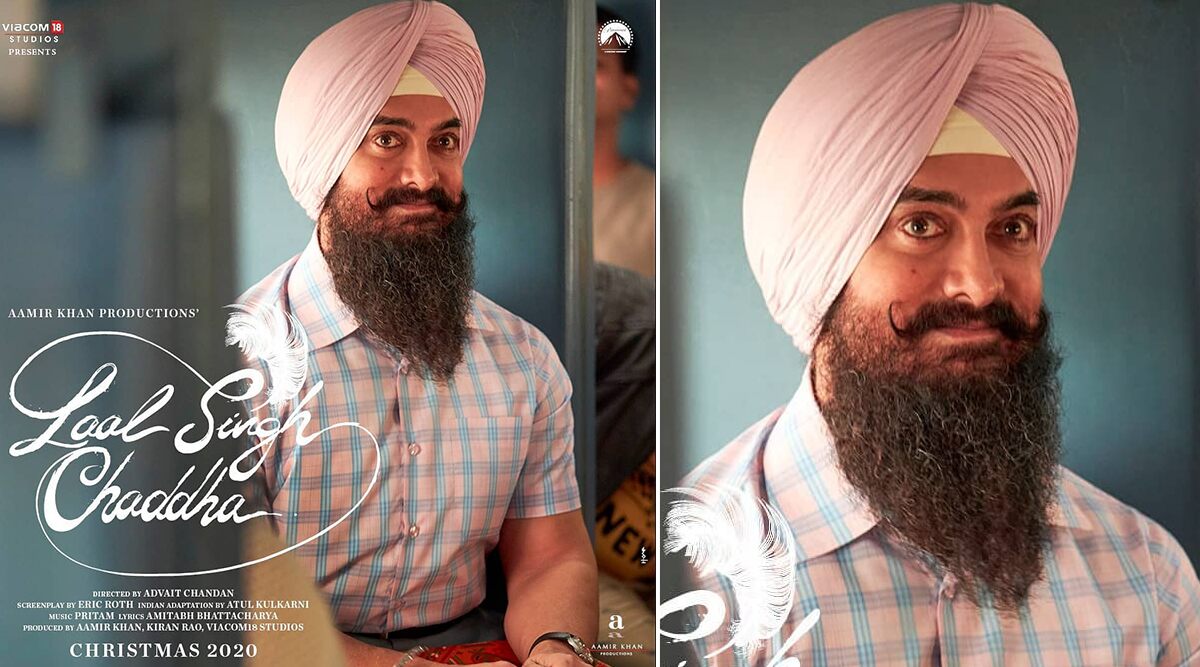 Amir Khan is coming up with remake of Tom Hanks 'Forrest Gump’.  Internet went gaga with the first look of Amir Khan as Lal Singh Chaddha. The movie is set to release in 2020 but there is no definite date that has been revealed yet. This is one of the highly anticipated movies of 2020.

This was all about the upcoming movies in 2020. The list is going tp get updated and there will be more informations about other movies comng out in 2020. We hope uou enjoy watching these movies and have gret fun in 2020. Also Good News will be releasing soon. To get the best offer on Good News Movie Offer keep reading.