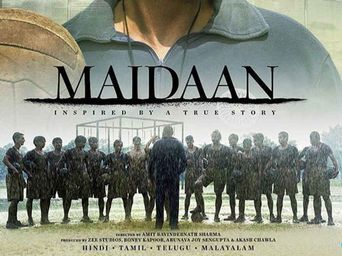 This year is going to be the year of Bollywood, as tons of movies are coming. Entertainment is one of the most important things in everyone's life, and it can also play the role of stressbuster. Due to the pandemic, some movies have already been released on OTT platforms, but most are coming to theaters.

If you are looking for the upcoming Hindi web series 2021 click here. Here are the latest Bollywood upcoming movies; check out their release dates and more details.  Also, check out How to Watch Rashmi Rocket Online for Free by clicking here.

To check out the Upcoming Bollywood Movies 2022:Click here

Review of Upcoming Bollywood Movies in 2021

Check out the detailed information about these upcoming movies, along with release date, cast, and more. Also, check out the Sonyliv web series list 2021 by Click Here.

This is an upcoming Bollywood movie and it is based on sex comedy. This film is directed by Satram Ramani, and it stars Aparshakti Khurana, Pranutan Bahl, Abhishek Banerjee, and Ashish Verma in the lead role.

This Bollywood upcoming movies 2021 is going to release on 3rd September 2021. This film is produced by the very well-known actor Dino Morea, and it is going to be full of Giggles and amazing punchlines. The main focus of this movie is to spread awareness about contraception and its benefits. The new release date of Amitabh Bachchan’s Jhund is out, and it will release on 9th September 2021. This film was planned for June 18, but the same has been postponed due to the COVID-19 situation. It is one of the 2021 Bollywood-awaited movies; this movie is based on Vijay, the founder of Slum Soccer, an organization that helps uplift underprivileged children through football.

Amitabh Ji will play the role of Vijay Barse in this film, and it is a kind of biological sports drama. It is a Tamil-Hindi Bilingual film that will star famous actress Kangna Ranaut. This upcoming movie, 2021 Bollywood, is a biopic of J Jayalalithaa, and the actress took to her Instagram account to inform the release date. Earlier, the team mentioned no release date, but now they announced the release date of it10th September 2021.

Kangana Ranaut is one of the versatile and fearless actresses of Bollywood. We are looking forward to this upcoming release. The next film of the famous actor Ayushmann Khurana is Anek, and it will hit the theaters on 17th September 2021. The movie was directed by Anubhav Sinha, and most of the shooting of the film was done in Assam.

This 2021 upcoming movie in Bollywood will be the most expensive movie of Anubhav Sinha. The film is produced by Bhusan Kumar under the Benaras Media works and T-series. Ayushmann is doing the second movie with this director, and their first movie was Article 15. One of the most awaited new Bollywood movies of 2021, Bhoot Police, will release on 17th September 2021. It is a horror-comedy film starring Saif Ali Khan, Arjun Kapoor, Jacqueline Fernandez, and Yami Gautam. This movie is going to premiere on Disney+Hotstar. As per the poster, Saif and Yami are ready for the mission and geared up with Ghost-busting weapons.

The same was earlier planned for the theater release, but due to this COVID-19, the same has been delayed and coming on Hotstar. It will be fun to see Saif and Arjun together for the very first time. This is another film from Ayushmann Khurana that is going to be directed by Abhishek Kapoor. The actor recently gained almost 10 kg of weight as per the demand of the role. The actor will be seen as the freestyle weightlifting and freestyle wrestler in this film, and he had also learned the nuances of both activities.

As per the sources, many national and international players were hired for training and will be part of the cast. This upcoming Bollywood movie is going to release on 24th September 2021. The actor is very choosy over the scripts, hoping for the best from this one. Bollywood actress Kangan Ranaut has wrapped filming for her upcoming movie Dhakkad. It is one of the action-packed films, and the last shooting was done in Budapest. The movie is expected to release on 1st October 2021 in theatres.

Kangana took to her Instagram account to share the wrap of this upcoming movie. Currently, there is less information available for the same, but we are looking forward to it. The most awaited movie of the year, Sooryavanshi, is planned to release on 2nd October 2021. The famous director Rohit Shetty clearly said that the release would depend on the theatre’s re-opening across the country.

After Ajay Devgn-starrer Singham, Singham Returns, and Simmba, a cop-drama-based movie starring Ranveer Singh. This film is presented by Reliance Entertainment and produced by Rohit Shetty in association with Dharma Productions. This movie comes with Akshay Kumar and Katrina Kaif in the main role. It is an intense coming-of-age drama film. It is all about psychiatrist Noori steps in at the drug rehab center, where she discovers Rajnish`s life breathing in those dark walls. Noori wins the struggle of getting Rajnish free from the Rehab center but fails to depart the dark memories from his mind.

This upcoming Bollywood movie is directed by Gabriel Vats and is produced by Raja Bhau Sontanke. It is expected that this movie will be released in 2021  and maybe in December, but not confirmed.

Release date- To be Announced. It is one of the most awaited movies of Ajay Devgan; it is one of the sports drama movies. Maidaan features Ajay Devgan as the legendary football coach Syed Abdul Rahim. This film shows the golden years of Indian Football, and earlier, it was planned to release on August 13.

Due to the pandemic, the same has been delayed, and it will not be going to stream digital platforms.  Maidaan is a very emotional journey for the actor, and it has a special place in his heart. We are looking forward to watching it as it is expected to release in 2021.

Release date- To be Announced.

This is all about the upcoming Bollywood movies in 2021. Most of the films are delayed due to the pandemic, as the theaters are now open with 100% capacity in many cities so that you can enjoy these movies with your friends and families.

We hope this information will help you to choose the best one to watch in your spare time.  Also, check out the SonyLiv Web Series list in 2021 by Clicking Here.

All the movies mentioned above are expected to release in 2021.most of them have their release date, and trailers are already out.

Q. Who is the best movie in Bollywood?