How to Watch Silence Full Movie For Free? 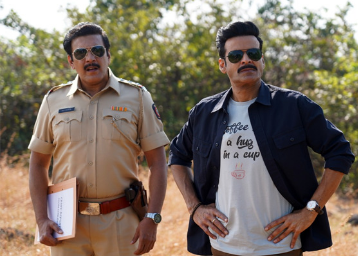 Zee5 is back with its latest original film. Silence starring Manoj Bajpayee, Prachi Desai, and Arjun Mathur is all set to release on the streaming platform. The Zee5 Original movie is written and directed by Aban Bharucha Deohans. The murder mystery thriller also features Sahil Vaid, Vaquar Sheikh, and Shishir Sharma.

“Silence…can you hear it? is a gripping story lead by good performances to keep the audiences at the edge of their seats. This movie marks the OTT debut of Prachi Desai.

Let us take a look at the ways you can watch Zee5 Original movie Silence for free. Meanwhile, for the best web series on Zee5 Click here Zee5 is among the leading OTT platforms in the country. The streaming platform has come up with many engaging web series and movies in the last year thus creating a special place among the audience. Silence…can you hear it?, is the latest release on Aee5.

The murder mystery promises to be a superb entertainer. The movie has Manoj Bajpayee, Prachi Desai, and Arjun Mathur in lead roles. The story revolves around the mysterious disappearance of a woman following which her corpse is found a day later.

Silence promises to be an entertaining watch. You can watch the murder mystery on Zee5. To watch Silence full movie, you need Zee5 premium membership. The OTT platform has very affordable subscription plans to provide complete entertainment on a budget. Currently, Zee5 is offering 50% off the annual subscription plan during its anniversary celebrations

Zee5 monthly subscription is costs Rs. 99. While three-month and one-year subscription plans cost Rs. 299 and Rs. 999 respectively. Till 31st March, you can subscribe to the annual plan at Rs. 499. So pick any plan of your choice and watch Silence full movie online.

Meanwhile, you can also watch Kaagaz movie for free, with some subscription offers which can give you free access to Zee5 premium.

How to Watch Silence Full Movie for Free?

Silence…can you hear it? Promises to be yet another entertaining watch on Zee5. The movie stars well-known actors such as  Manoj Bajpayee, Prachi Desai, Denzil Smith, Arjun Mathur, Barkha Singh, and Sahil Vaid. To watch the Zee5 Original movie, you need a premium subscription to the OTT platform. You can also watch Silence movie for free with the offers from Vi, Airtel, Paytm, and Times Prime.

Where can I watch Silence movie?

When is Silence movie releasing?

Here is another movie to get a digital release. Silence movie release date is 26th March 2021.

How can I Watch Silence Movie for free?