How to Watch Mafia Web Series For Free?

Mafia is the upcoming web series on Zee5. Watch the psychological thriller series for free using some easy tricks. 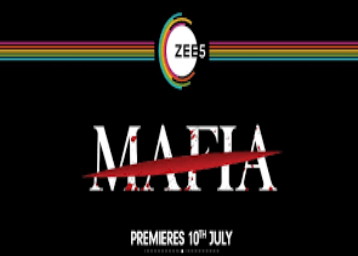 The popular streaming platform Zee5 has announced its latest original series Mafia. The mystery drama series is directed by Birsa Dasgupta. Zee5 has released many shows in recent time to keep the viewers entertained. The upcoming web series is based on the popular household game mafia. It is being touted as one of a kind show. If you want to watch Mafia Web Series for free, then read on

The last major releases on Zee5 was The Casino Web Series. The Show features Karanvir Bohra and Mandana Karimi in lead roles. For more details on The Casino Web series Click Here

The web series revolves around six former friends planning a reunion after 5 years. Mafia web series is set in the backdrop of dark jungles of Jharkhand. Six former college friends plan a reunion party. All of a sudden their life change as the mystery drama turns into a psychological thriller.

Mafia web series is directed by Birsa Dasgupta and produced by Eskay Movies. The web series features Namit Das as Nitin, Isha M Saha as Ananya, Anindta Bose as Neha, Tanmay Dhanania as Rishi, and Madhurima Roy as Tanya. The actors will portray the six friends who meet after a gap of six years for a reunion party.

Meanwhile, Sony Liv original series Undekhi will also premiere on 10th July. So which web series would you like to watch first? The streaming platform has come with some good shows in recent time. Your Honor, Kadakh, and Bhonsle are some of the shows launched on Sony Liv recently.

How to watch Mafia Web Series For Free?

In the words of Namit Das, Mafia is a unique show. The web series is a reunion tale of six friends. The characters reveal their darkest secrets through a real-life gamble. The psychological thriller promises to another entertainer from the streaming platform. As we have already shared in this post, you can watch Mafia web series for free as well.

How to Watch Zee5 Free on Airtel?

Airtel is providing free access to Zee5. Users get Zee5 membership for free with select prepaid and postpaid users. You can activate your free Zee5 membership via the Airtel Thanks app. Once the membership has started you can watch Zee5 content for free on Airtel.

How to watch Zee5 free on Vodafone?

You can watch Zee5 content free on Vodafone. The telecom operator is providing free access to Zee5 via Vodafone Play. Download the Vodafone Play app or login to Vodafoneplay.in to watch your shows for free.

Zee5 free trial is not available at this time. But you can watch Zee5 content for free with select telecom operators. Airtel is providing free access to select prepaid and postpaid users. Vodafone users can also enjoy Zee5 for free with Vodafone Play.